The founder of McAuslan Brewery says that learning ‘new ways of seeing things’ at Concordia paid off in his career
|
By Julie Barlow, MA 94
Source: University Advancement 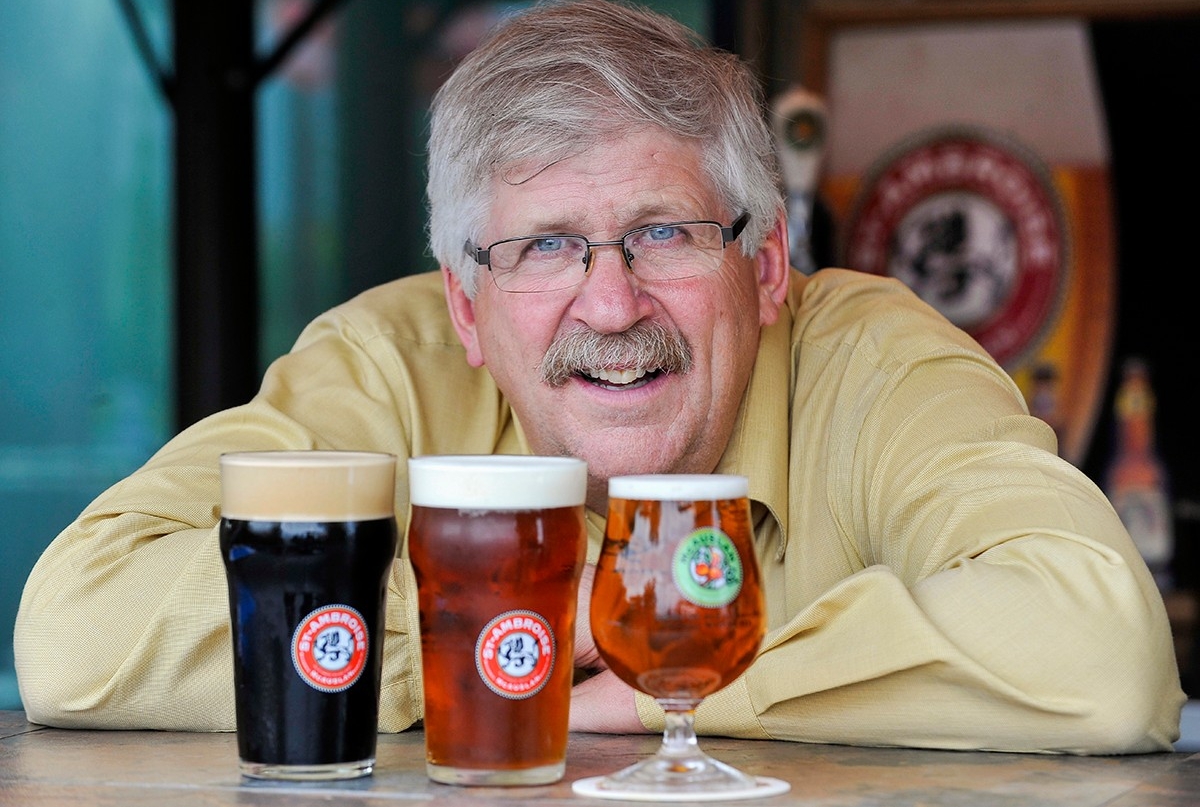 Peter McAuslan recently published his memoir Brewing Better Beer: The Story of St-Ambroise and the Birth of Quebec Craft Brewing .

Peter McAuslan, BA 72,  recalls a 2011 outdoor concert at Montreal’s Place des Festivals as one of the highlights of his 24-year brewing career.

“We were a favoured supplier to Arcade Fire, who were playing in front of a crowd of 75,000,” says McAuslan, creator of Quebec’s iconic St-Ambroise and Griffon beers.

“Arcade Fire is not a band that flashes companies’ logos, but that night they did put the St-Ambroise logo on their screen in LED lights for five or 10 seconds. We saw that as a ‘shout out’ to us. All our staff were there. It was an extraordinarily happy moment for all of us,” says the entrepreneur, who founded McAuslan Brewery in 1989 with his spouse and brew master Ellen Bounsall.

The Arcade Fire story is just one of many McAuslan, now 76, recounts in his recently published memoir, Brewing Better Beer: The Story of St-Ambroise and the Birth of Quebec Craft Brewing (John Aylen Books, 2022).

“The book is part social, part personal, part business,” says McAuslan, who sold the brewery in 2013. “I felt it was time to record the experience for future entrepreneurs and beer lovers. Some people might become entrepreneurs after reading it — and some might be scared off!”

The entrepreneur admits there were some scary moments running McAuslan Brewery. “In 1991, we had been in business for two years. We were in the middle of a recession, but we were growing and needed financing. Unfortunately, the banks said they did not want to finance us and didn’t think much of the microbrewery business at all.”

To save his business, McAuslan made the daring move to finance his business’s growth on cash flow. “We ran out of cash for three or four months that winter. It was as close as we came to catastrophe in 25 years of business.”

Although convenience store shelves today overflow with a cornucopia of craft beers, running a microbrewery in the early years was not an easy endeavour. “We had to fight like crazy to get shelf space back then.”

Yet McAuslan, who considers himself one of the founders of craft beer in Canada, says he always had confidence the industry would take off. “Early on, I said craft beers were going to one day get 10 per cent share of the beer market. No one at the time thought we would get even close to that.

“I believed that once consumers became alerted to products with different characteristics, to be served with food, there would be strong consumer interest. And that’s exactly what has happened,” says McAuslan, whose beers went on to win 12 medals in international competitions.

Today, craft beers are estimated to represent 12 per cent of beer sales in Canada.

McAuslan sold his brewery in 2013 and now focuses on distilling specialty gins and single-malt scotches through his Sutton-based Peter McAuslan Spirits. “I bring the same joy to this process as I did to brewing,” he says.

“What interests me is the pleasures of putting things together and having the magic take place that turns it into a product. I have botanicals around the house to make gin, stuff like frankincense and myrrh, hops, coriander, chopped up licorice root and lemon peel. It’s fun. It’s so real.”

Learning how to look at the world

McAuslan is grateful for his years at Sir George Williams University — one of Concordia’s two founding institutions — where he graduated with a BA in English literature. He continues to remain connected to the university, having acted as president of the Concordia University Alumni Association in 2009-10.

“I got huge pleasure out of studying,” says McAuslan, who has fond memories of his philosophy courses.

“What was taught was very demanding and required a lot of thinking. That was true of a lot of the courses I took at university. They forced me to think hard and try to take on new ways of seeing things.

"I think over the years that that has paid off dividends of all sorts for me in this venture.”