Two graduates of Concordia’s Mel Hoppenheim School of Cinema gained prominence on the world stage this month, winning competitive prizes in the film and television industry.

Eric Gravel, BFA 94, was awarded best director in the Orizzonti sidebar competition of the 78th Venice International Film Festival for his film Full Time (A plein temps). Winners were announced on Saturday, September 11.

Éric Gravel and Laure Calamy speak to the press after the premiere of À plein temps.

Full time tells the story of Julie — played by Laure Calamy — a single mother of two who juggles child-rearing responsibilities with her job at a luxury hotel in Paris. The outbreak of a national transit strike causes personal and professional chaos.

“I am interested in the dynamics between humans and their work,” Gravel recently told Cineuropa. “My father, who struggled all his life as a labourer, was an important source of inspiration. The working class, where the majority of the people live, is not often represented at the cinema.”

Calamy won the best female actor award for her portrayal of Julie. The actor is best-known for her work on Call My Agent!, the popular French TV show on Netflix. 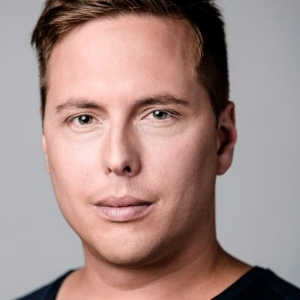 Félix Lajeunesse, BFA 03, is the co-founder of Felix & Paul Studios.

Félix Lajeunesse, BFA 03, along with his company, Felix & Paul Studios, won the 2021 Primetime Emmy Award for Outstanding Interactive Program for Space Explorers: The ISS Experience. This is the sixth time the studio — which creates immersive entertainment experiences — has been nominated for an Emmy.

The winning production was created in collaboration with Time Magazine’s Time Studios. It’s a four-part immersive series chronicling the transformative missions of eight astronauts aboard the International Space Station.

Shot over two years with complete access to the crew, the series is the largest production ever filmed in space. It was filmed for virtual reality (VR) using 360-degree technology, meaning all angles are available to viewers at any moment.

Viewers with a VR headsets, or 5G-enabled smartphones and tablets, can sit alongside the astronauts as Lajeunesse’s story unfolds around them.

Shot over two years with complete access to the crew, the Space Explorers series is the largest production ever filmed in space.

Felix & Paul Studios won the same category in 2017 for The People’s House, which gave an interactive view of the White House while Barack Obama, former president of the United States, was in office.

In 2019, Lajeunesse was named among Concordia’s Top 50 under 50 Shaping Business. When asked about his favourite part of his job, he said, “I love that we keep inventing stuff. We invent stories, technology, we contributed to the invention of an industry, we are constantly in innovation mode.”