After the rosy glow of an election fades

Canada has welcomed a Biden presidency, but the result might not be as good as we think
|
By Doug Sweet
Source: Concordia University Magazine 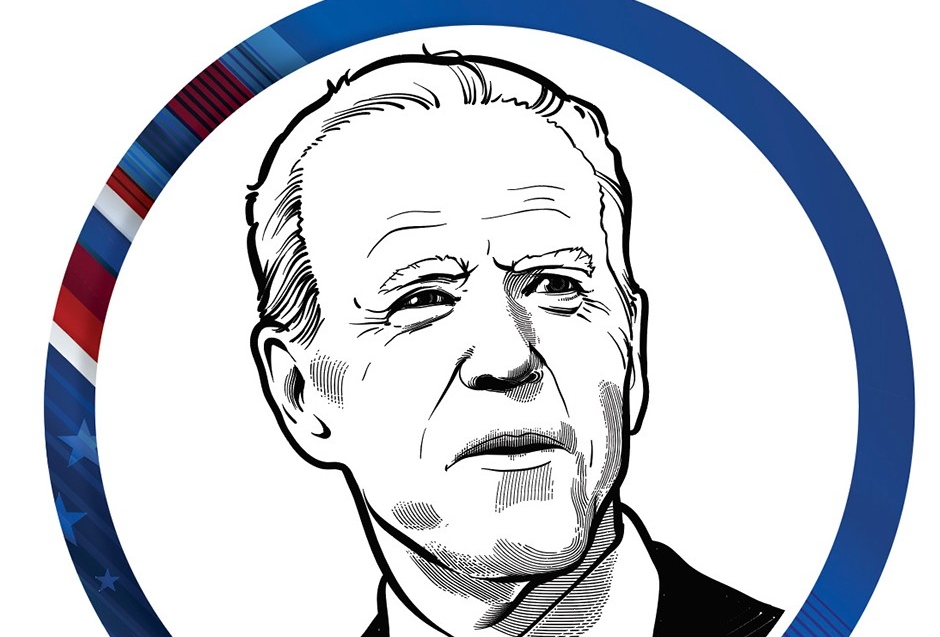 When the Abacus polling firm asked Canadians last November whether a Joe Biden presidency would be good for the United States and the world, the results were emphatic. An overwhelming majority welcomed the former vice-president’s win over Donald Trump.

Even in Alberta, where the oil industry now faces a reversal of U.S. approval for the Keystone XL pipeline, fully 73 per cent favoured a Biden administration. In Quebec, 88 per cent were seen to hold that view. The Canadian average was a resounding 85 per cent.

And while Canadians, like many others in the world, welcomed an expected return to normalcy after four turbulent years of Trumpism, they might find themselves less enamoured of a Democratic administration as the rosy glow of an emotional election fades. This, according to a number of Concordia professors and alumni experts who are keen observers of U.S.-Canada economic, political and cultural relations.

Crucially, Canadians would do well to remember that, historically, with the exception of the most recent administration, Democrats have tended to be more protectionist on trade than Republicans. Biden has already touted a “Buy America” campaign to help rebuild infrastructure and a tattered economy south of the border. 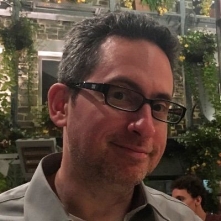 The January 5 Senate runoff elections in Georgia, which saw the once red state elect two Democrats in tight races, “is really going to decide how Biden’s presidency turns out,” says Moshe Lander, a senior lecturer in economics at Concordia.

“With the Democrats in control of the levers of government, it’s not going to be very good economically for Canada in the short term. They’re hostile to pipeline development and to the fact we are very much a resource-based economy. That’s not going to jibe with their earthy, protect-the-planet, save-theenvironment, anti-big-business thing.”

Lander says there was no way Biden would risk annoying left-wing Democrats by reneging on his pledge to pull out of the Keystone pipeline. This is not good news for Prime Minister Justin Trudeau, whose own re-election fortunes will not be helped by unhappy Western provinces heavily dependent on the fossil-fuel industry.

“[The pipeline issue] was low-hanging fruit for Biden,” says Lander. “It’s an easy, early success for him, where he can say, ‘Hey, I delivered on a promise.’”

Nor is Biden expected to spend political capital helping Trudeau find a solution to the imprisonment of two Canadians in China, after Canada, acting on a request from the Trump administration, arrested Huawei executive and heir Meng Wanzhou in 2018 on charges she had violated U.S. sanctions on Iran. “What you’re basically trying to argue for is the release of two Canadians in prison in exchange for a high-ranking executive who’s under house arrest in Canada,” Lander says. “So he would immediately look weak on China in trying to cut a deal, and he’s not even saving American nationals.”

Greater engagement on the way

And neither are Canada-U.S. trade issues likely to be at the top of Biden’s to-do list, given the enormous work he faces in trying to heal a deeply divided nation, control a rampaging pandemic and monumental vaccine deployment, and mitigate COVID-19’s devastating economic fallout.

Does that mean Canada will be an afterthought in Washington now that Biden has assumed office? In some ways, yes, experts like Lander say, but in other important ways, no. 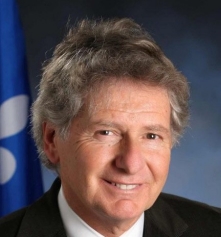 Canadians, for one, can cheer a return to respectful discourse and dialogue between the two countries; they can welcome Biden’s understanding of the importance of maintaining good relations with allies; look forward to a fresh commitment to combat climate change, including a U.S. return to the Paris Agreement; anticipate the arrival of a president who will govern in a more traditional manner rather than by executive order and inflammatory tweets; and herald the ascension of a leader who is anything but a petulant narcissist.

These are all significant positives for those who applaud the fact that Biden won 306 votes in the electoral college, well above the required 270. But they are not positives unique to Canada. As Lander observes, both the U.S. and Canada have a strong mutual interest in wrestling the COVID-19 virus to the ground in order to be able to reopen the border for tourism, a key economic sector for both nations.

“I don’t think we can be completely seen as the 25th item on Biden’s list of priorities,” says John Parisella, BA 67, who taught political science at Concordia in the 1980s and 1990s and has served on the university’s Board of Governors. “I think we’re going to be very much at the top, not as a specific country, but as part of the shift towards a greater engagement and respect for allies, multilateral organizations and international institutions.”

Parisella, who has authored a number of books and articles on U.S. politics and served as Quebec’s delegate general in New York, has met Biden. “This guy listens. This guy is civil and has a human touch. I’m less confident when we get to Congress, because it’s very divided, but I’m optimistic about Canada.”

And he notes that the United States has been divided before — from the Civil War to the Civil Rights Movement, Vietnam, social upheaval in the 1960s, Watergate and the Cold War. 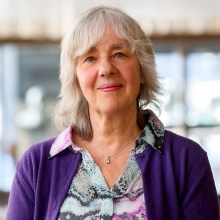 Margie Mendell, an economist who teaches at Concordia’s School of Community and Public Affairs, and who co-founded the university’s Karl Polanyi Institute of Political Economy in 1988, is pleased by Biden’s election.

“We’re dealing with a gentleman, and that is good news for the world and good news for Canada. [But] I don’t think trade relations with Canada will be a big priority.”

‘Canada has to pay for its mistakes’

Biden wasn’t going to budge on Keystone nor is he likely to move on the “two Michaels” issue in China, she says, adding that “Canada has to pay for its mistakes.” 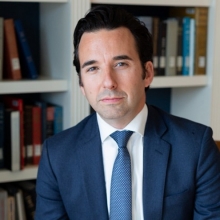 “Biden has been in D.C. for many years and presents himself as someone who is going to bring us back to the way things were,” he says.

“I’m doubtful of that, because he’s quite weak, both in terms of the state of his faculties, and also the fact that the moral high ground in the Democratic Party today is held by the woke Left. And I am not particularly confident in his ability to stand up to them. We may end up with the case of the weak being led by the woke.”

As far as a change to a more predictable and cooperative tone in Washington vis-à-vis Canada, Azerrad is blunt: “The job of the President of the United States is not to make life easier for foreign heads of state.”

The power of the evangelical bloc

One of the most fascinating elements of American politics over the last four years has been the remarkable devotion and resiliency of Donald Trump’s base, which includes Christian evangelicals.

André Gagné, a professor in Concordia’s Department of Theological Studies, recently published Ces évangéliques derrière Trump : Hégémonie, démonologie et fin du monde (Labor et Fides, 2020), on the phenomenon of evangelical support for a man whose personal life has largely been lived outside the strictures of the Ten Commandments. 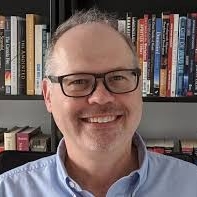 Evangelicals, who at approximately 110 million represent close to a third of the American population, “can profoundly affect politics because of their demographics,” Gagné says. This is less true in Canada, where evangelicals represent roughly 13.5 per cent of the population.

“Some Christian congregations and organizations in Canada that embrace similar political ideas could have been emboldened by the political influence which U.S. evangelicals had in the past four years,” he adds, “but their demographics prevent them from having the same impact.

“At the same time, the stigma associated with the term ‘evangelical’ — due to the last four years of U.S. politics — has also led Canadian evangelicals to dissociate themselves from the actions of evangelicals who supported Trump.”

How could evangelical Christians embrace a man like Trump? The relationship was transactional, Gagné says. “They still won. They still got something out of his four years,” including hundreds of conservative judicial appointments, a crucial shift of power on the U.S. Supreme Court from liberal to conservative that could last for a generation and more complete American support for Israel, which is part of the evangelical agenda. 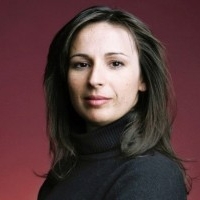 Désirée McGraw, BA 93, a politically engaged observer on both sides of the border, and a dual citizen who votes out of Michigan in U.S. elections, is a member of Democrats Abroad and co-founder in Canada of former vice-president Al Gore’s, LLD 07, Climate Reality Project.

She is delighted with Biden’s win, anticipating a “predictable, reliable partner” in Washington. “We derive a lot of our power and influence by virtue of our relationship with the United States,” she says.

Like others, McGraw expected Biden to kill Keystone, and describes his election as a big boost for the fight against climate change, underlined by the appointment of former secretary of state John Kerry to the newly created cabinet-level post of Special Presidential Envoy for Climate. Liberal governments in Canada and Democratic governments in the United States have generally maintained strong partnerships, notes McGraw.