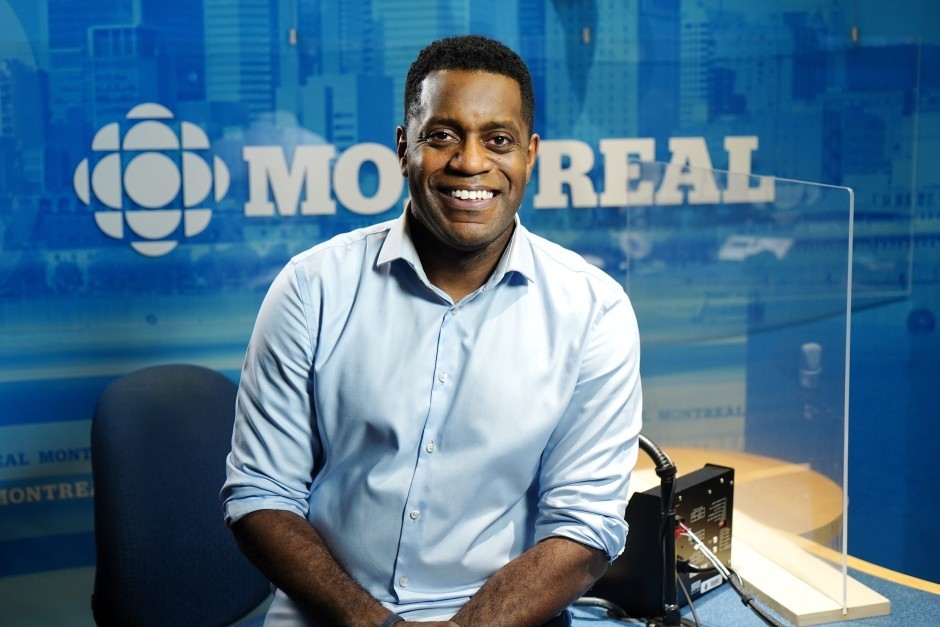 From television news anchor and VJ to newsreader and reporter, Sean Henry, BA (journalism) 01, has done it all. He now adds host of Daybreak, CBC Montreal’s weekday morning radio show, to his impressive resume.

Henry joined the CBC Montreal newsroom in August 2012 after seven years at CBC Windsor, Ont., where one of his career highlights was covering civil rights activist Rosa Parks's funeral in Detroit. As a Black journalist, Henry has blazed a few trails himself in an industry criticized for its lack of BIPOC (Black, Indigenous and People of Colour) journalists in newsrooms across the country.

Henry recently sat down for a candid Q&A about his new Daybreak gig and the changing complexion of the news business. 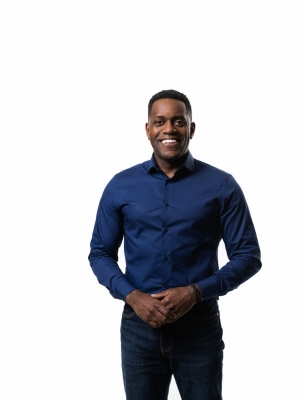 "We know that we’re helping pave the way and laying the foundation for the next generation. I take that responsibility very seriously," says Henry. | Photo: CBC

Describe your first day on the job at Daybreak.

Sean Henry: Doing three hours of live radio is different from anchoring a 30-minute television show. I had to remember to speak slower, I had written a bunch of notes all over and kept looking at my studio director thinking ‘Where am I going to next?’ because you want to make it sound as seamless as possible.

It was a lot of getting used to the format and the flow of things. We had gone through a couple of dry runs so that I wasn't completely lost when I went on the air for the first time. I was nervous but it was a good first day.

You come from a television background. Have you changed the way you conduct interviews?

SH: I can spend more time on interviews. Television interviews would be three to four minutes, whereas for radio I can spend up to 10 minutes doing an interview. That’s the beauty of live radio.

In an era where BIPOC journalists are underrepresented in newsrooms, how would you describe your journey as a Black journalist?

SH: It’s fine now, but it was difficult, especially at the beginning. I remember during my first week at Global in Quebec City, I was assigned a courthouse story and was mistaken for someone appearing in court. That happened to me a handful of times. In one of those instances I actually had a Global microphone in my hand. To make it worse, these things often happen to you when nobody's looking.

I was not the first Black reporter in Quebec but I was among the first Black journalists to anchor an English-language newscast. Peter Anthony Holder and Elysia Bryan-Baynes have done it at Global, I did it at CBC, and Maya Johnson, [BA 06], will become the first full-time Black anchor at CTV Montreal beginning in March. We know that we’re helping pave the way and laying the foundation for the next generation. I take that responsibility very seriously.

You have a black belt in Brazilian Jiu-Jitsu, you study ballet and have trained in circus aerial silks and straps. How does that help during the pandemic?

SH: The circus stuff started because of a story I did when I was at Global in Quebec City, and I took classes for a year and a half after that. Then when I was in Windsor, I took classes at a circus school in Detroit across the river.

For Jiu-Jitsu, I got my black belt in December 2019 but haven’t trained since last October because of the COVID-19 pandemic. Ballet is the one thing that’s been consistent because our school has Zoom classes. It’s not the same thing as being there in person. You still arrive early and socialize as you’re stretching before the class begins. I do miss live human interaction, but working out helps keep me sane during this pandemic.

What do you love about Montreal?

SH: One of the things I appreciate about our city is the metro. I lived in Montreal until 2002, then moved to the Bahamas for a few months before moving to Quebec City and Windsor. They were all great places but I find when you come back to Montreal, you have a different appreciation of it. Little things like traffic and construction still irritate, but being able to get from one end of town to the other in 20 to 25 minutes by metro is incredible.

SH: It was a positive experience and I felt it simulated what work would be like as much as possible. It laid the foundation of some really good work habits in terms of what we're supposed to do — and not do — as journalists.

I also encourage up-and-coming journalists not to shy away from working in smaller markets. This can help you become a more well-rounded journalist and prepare you to be a better journalist when you come back to the big city.