‘I knew I would move heaven and earth to have this career’
|
By Ian Harrison, BComm 01
Source: University Advancement 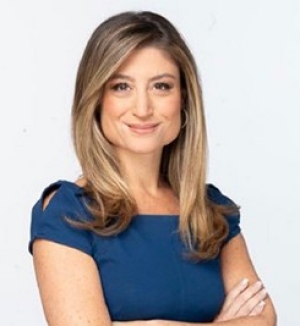 ‘I feel strongly that you should try everything. Take on different roles and see what fits best,’ says Caryn Lieberman.

When Caryn Lieberman, BA 02, was nine years old, she conducted an interview in her fourth-grade English class as Barbara Walters.

Unsure about which major to choose a decade later, Lieberman’s mother called up her precocious, childhood zeal for the broadcast legend. Maybe she should follow in Walters’s footsteps?

Moms know best. Not only did Lieberman land on the dean’s list as a Journalism and Communication Studies undergrad at Concordia, she also nurtured a passion for deeply affecting storytelling.

The Chomedey, Laval native has since done it all as a beat reporter, news writer, producer, host and anchor. Lieberman has worked in Quebec City and Montreal but now calls Toronto home, where she is a senior digital broadcast journalist for Global News Toronto.

We recently spoke to Lieberman about her career and her time as a Concordia student.

What’s it been like to work as a journalist during a global pandemic?

Caryn Lieberman: Oh, wow. Being a parent and a busy journalist has definitely been difficult. But it’s shown me that I can still be a good storyteller and mother in challenging circumstances.

I’ve had the privilege to tell important stories this past year. I’ve gone into hospitals and met incredible front-line health-care workers who have been very candid about what it’s been like dealing with this mysterious illness. Going back, months later, to see how far they’ve come and conveying that to the public has been very rewarding.

Being able to meet with actual COVID-19 patients and learning what their journey has been like has also been very eye-opening.

Can you share some stories that have had a big impact on you over the course your career?

CL: Since moving to Toronto I’ve covered a lot of crime. Some stories you can never forget.

I covered the story of an impaired driver who claimed the lives of three children and their grandfather. I’m now in regular contact with the parents of those children — the mother also lost her father in the crash — and they’ve become incredibly important to me.

After the massacre at the Tree of Life synagogue in Pittsburgh, Global National sent me to cover the aftermath. That was touching on many levels. First and foremost because I’m Jewish, so I felt it on a personal level. But also because these are terrible catastrophes that are happening all over the world. There’s a lot of hate, a lot of racism and these stories need to be told.

How do you approach interviews amid such tragedy?

Empathy and compassion. Without those two elements it’s impossible to sit with somebody who’s probably in their worst moment. And recognizing the favour they’re doing you by agreeing to be interviewed.

You have to be professional. You have to hold back the tears because it’s not about you. But you reserve some time at the end of the day to process it.

Have you ever had any strange or unexpected experiences while on camera?

I have. Unfortunately I’ve twice been on the receiving end of the ‘FHRITP’ phenomenon. The first time was when I was very pregnant and covering the story of a pregnant woman who was murdered. 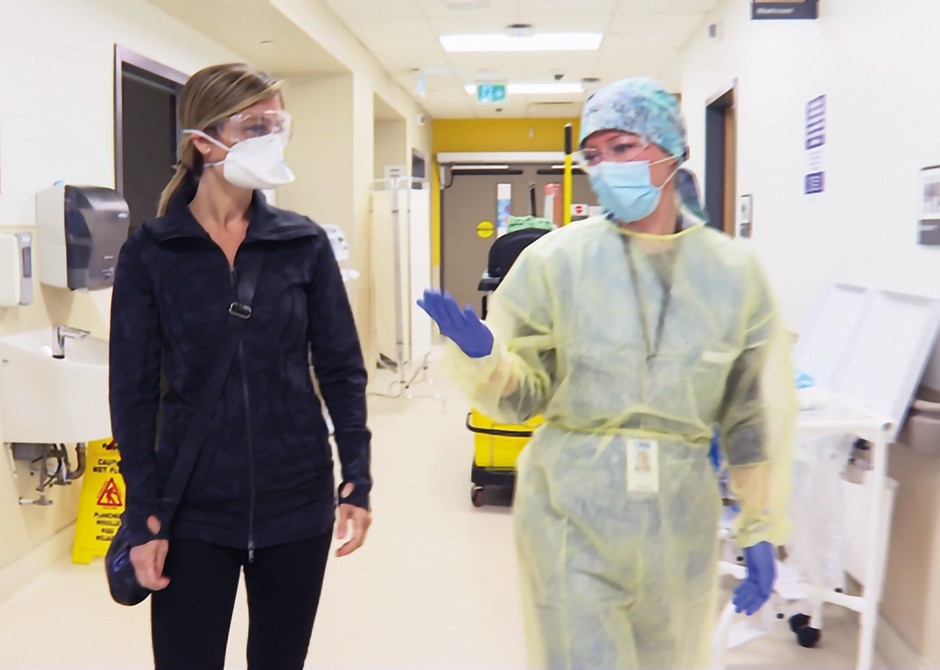 The other incident was during a Black Lives Matter march this past summer. In this instance adrenaline took over and while the camera was rolling I approached the person and gave him a piece of my mind.

After some hesitation, I decided that it was worthwhile to post it on Twitter. I wanted other women to understand that we’re in this together — and that it’s unacceptable.

How has journalism changed since you started your career?

It’s changed a ton. It’s always been very competitive but it’s shrinking at a rapid pace and that’s very sad because I think good journalism is critically important.

That said, over the last year, I think there’s been a revived sense and perhaps greater understanding of journalism’s place in society. Hopefully it’s a turning point.

What do you most fondly remember about Concordia?

My mentor, the late Linda Kay, MA 01, who was my professor and such a role model. She was amazing and I really admired her and her extraordinary career, especially as a woman. I remember just being in awe of her. She was the highlight for me.

What advice do you have for journalism students and new journalists?

I feel strongly that you should try everything. Take on different roles and see what fits best. This makes for a well-rounded journalist. Mentorships, hands-on internships and a good network are also key.

For me, journalism wasn’t a choice. I knew I would move heaven and earth to have this career. It’s a difficult industry and highly competitive, but that shouldn’t dissuade you if it’s what you want to do. Go for it!