No guts, no glory for filmmaker Amelia Moses 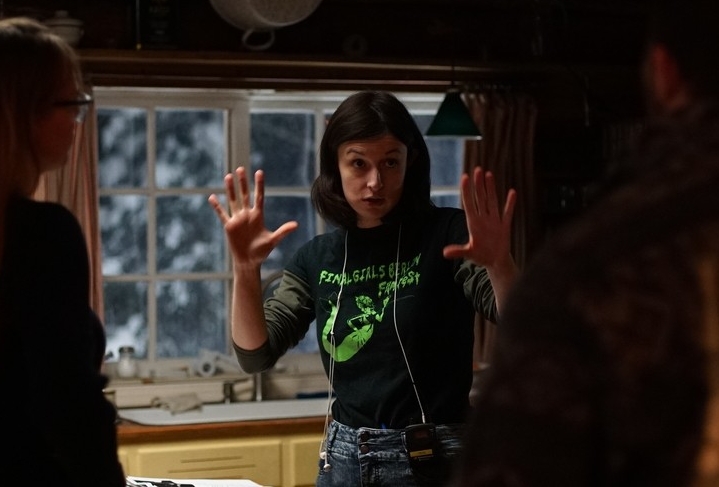 Director Amelia Moses on the set of her debut feature film Bleed With Me .

The Mel Hoppenheim School of Cinema grad grew up on a silver screen diet of Alfred Hitchcock and thrillers like The Shining. After graduating, the Montreal-based director began to expand the horror experience by focusing on female-driven films that have attracted the attention of such trade publications as The Hollywood Reporter. 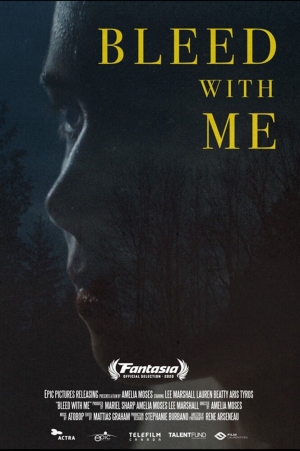 Moses's film was selected as part of Telefilm Canada’s Talent to Watch program and had its world premiere at the 2020 Fantasia International Film Festival. Photo courtesy of Amelia Moses.

Her debut feature Bleed With Me — selected as part of Telefilm Canada’s Talent to Watch program — had its world premiere at the 2020 Fantasia International Film Festival. Her second feature, the recently released Bloodthirsty, offers a new twist on the werewolf genre with its queer female werewolf.

“I explore female anxieties through a horror lens,” says Moses.

How would you describe your Bleed With Me journey?

When I finished film school at Concordia in 2016, I wanted to make a feature as quickly as possible to keep the momentum. I’d heard about Telefilm’s Talent to Watch program and knew it wasn’t going to be a lot of money, but it was going to be more money than I had seen before. I applied for the grant in 2017, didn’t get it, then reapplied in 2018 and got it. In retrospect I’m glad I didn't get it the first time around because I had more time to develop a better film. We filmed the movie in January and February 2019.

What was it like to premiere Bleed With Me at Fantasia during the COVID-19 pandemic?

When we got in, I was incredibly excited. I’m a long-time fan of Fantasia — the festival felt like a good place for our film to premiere. Then a couple months later I realized that the festival would go online with the pandemic and, of course, that was 100 per cent the right decision for the festival and the city.

It was also a really big blow, because it’s my first film and it was the world premiere. As a filmmaker, you want to be in that dark room with the audience. As time went on, however, the feedback from viewers has been really positive. It also helped with new opportunities: we signed with Canadian distributor Raven Banner Entertainment and U.S. distributor Epic Pictures Releasing.

Was it more difficult to break into the film business as a woman?

Growing up I told myself, ‘I want to be a filmmaker.’ You don’t ever think about this gendered part of it. You’re just like, ‘This is what I want to do.’ Then I thought about the big filmmakers that I admired growing up — they were men: Alfred Hitchcock, Wes Anderson. And usually white men, too. I became more aware of the gendered aspect when I was in film school. I think lots of women do struggle with that, but I have been very fortunate. 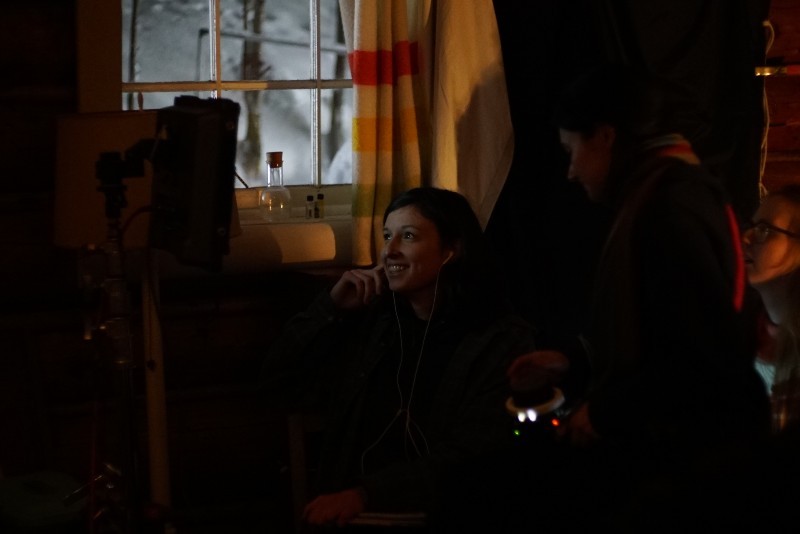 Amelia Moses watching footage on the set of Bleed With Me . Concordians who worked on the film include Mattias Graham, BFA 14, editor; René Arseneau, BFA 16, director of photography; and Stephanie Burbano, BFA 18, production designer and wardrobe.

Why do you love horror films?

What I really love is the constructed dreamlike nature of a horror film. It’s otherworldly. On top of that, a good horror film is not only scary, fun, tense and atmospheric, but there is an underlying narrative of metaphor where you're exploring real-world ideas.

One of the best reasons to go to film school is to meet people. So many of my close collaborators today are from Concordia: some from Bleed With Me include Mattias Graham, BFA 14, our editor; René Arseneau, BFA 16, our director of photography; and Stephanie Burbano, BFA 18, production designer and wardrobe.

Then on Bloodthirsty I worked with actor Katharine King So, BFA 17, whom I also met at Concordia. Concordia film school brings likeminded people together. You’re surrounded by people who really, really want to do it. And that was exciting.