Concordia says farewell to its long-time director of security 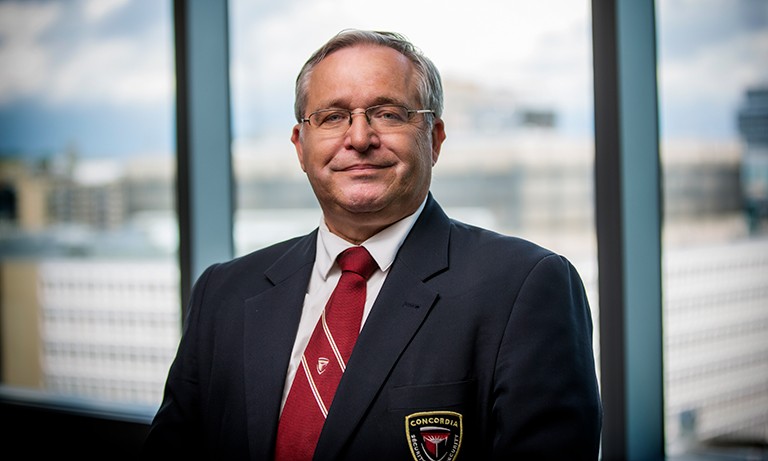 Earlier this term, Jacques Lachance stepped down as Concordia’s director of security, retiring after a career at Concordia which spanned nearly 20 years.

Lachance came to the university in 2002 with an extensive background in institutional and commercial security services. He quickly became known for his great professionalism, wisdom and ability.

“He demonstrated unwavering dedication to his role, his team and the well-being of the Concordia community,” says Michael Di Grappa, Concordia vice-president of services and sustainability. Di Grappa proudly worked with Lachance during his previous and current tenures at the university.

Having witnessed firsthand the day-to-day operations of the university and the occasional crisis, Di Grappa remarks that there could have been no one better in the role. “We have benefited from Jacques’s incomparable experience, wisdom and calm demeanour, sometimes under tremendous pressure.”

Throughout his time at Concordia, Lachance led many projects to improve and support the mission of his unit. Under his leadership, the members of Security Services constantly went above and beyond to ensure that students, faculty and staff remained safe and secure.

“His loyalty and commitment to the university has been without fail, and for that I am very thankful to him,” Di Grappa adds.

Di Grappa also thanks Darren Dumoulin, assistant director of campus security and emergency management, for assuming the role of interim director of security until further notice.

“Darren is a well-known and respected member of the Concordia community. He is well prepared and capable to assume these additional responsibilities,” Di Grappa says.

The transition period ahead will provide the university an opportunity to review the role of the security department at Concordia. Di Grappa notes that security is an increasingly important function, in an ever-evolving social context, which will be impacted by trends in higher education and in our society in general.

“I look forward to speaking to members of our community in the coming months to get their thoughts on the role that this department will continue to play at Concordia.”