OCT. 14: Presenters will address topics including stigma, intergenerational trauma and the lasting impact of George Floyd’s murder
|
By Elisabeth Faure 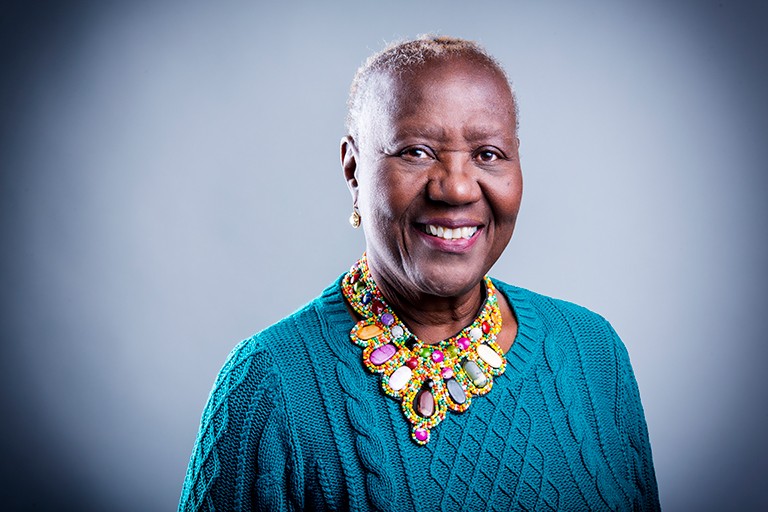 Myrna Lashley: “Hopefully some people will employ introspection, and some changes will actually come about.”

How can we address racism and speak openly about the toll it takes on mental health?

The event, the 2021 Edith and John Hans Low-Beer Memorial Lecture, is co-sponsored by the Department of Psychology at Concordia’s Faculty of Arts and Science, its Centre for Clinical Research in Health and AMI-Québec.

Two of the panellists are a mother-daughter team.

Myrna Lashley (BA 84) is a psychologist and associate professor of psychiatry at McGill University.

Her daughter, Renate Betts, is executive director of the Westhaven Elmhurst Community Recreation Association in the Montreal’s Notre-Dame-de-Grâce neighbourhood. The organization provides community services such as after-school programs and a teen drop-in centre.

Betts and Lashley will be joined by licensed psychotherapist and art therapist Shyam Pillai and CBC Daybreak’s Sean Henry, who will serve as host.

Betts will discuss her experiences with racism in the community sector.

“What I see in terms of younger kids, who are either first- or second-generation Canadian, is how they have to be cultural interpreters for their parents,” she says. “And I see what that stress means for them in terms of play, learning and their own happiness.”

Betts will also talk about her own experiences with racism as a biracial second-generation Canadian.

Lashley will discuss intergenerational trauma and its effects on mental health, as well as stigma about the issue that exists within the Black community.

“You’re trying to find people to help you, but there’s not a lot of us.”

As a Black psychologist, Lashley eventually had to limit her commitments or risk burnout.

Both spoke about the pressure of being asked to speak publicly about Black issues.

“You feel you represent everybody of your colour,” Betts explains. “So, lord help me if I put one word out of sequence in a sentence, it’s like the world comes crashing down on you. And that again affects your mental health.”

The two speakers agree there’s been a shift in cultural conversations since the murder of George Floyd by Minneapolis police officer Derek Chauvin, an incredibly traumatic event for the Black community.

“A man had to die, and we had to see him die on television for some people to take this seriously, and that is quite sad,” Lashley says.

Nevertheless, both hope this tragedy and a renewed focus on the Black Lives Matter movement will push conversations to continue.

For Betts, decolonizing your thinking is key, but it’s no easy task.

Lashley adds, “Hopefully some people will employ introspection, and some changes will actually come about.”

The 2021 Edith and John Hans Low-Beer Memorial Lecture, Racism, Diversity and Mental Health, takes place online October 14 at 7 p.m. The event is free of charge and registration is not required.