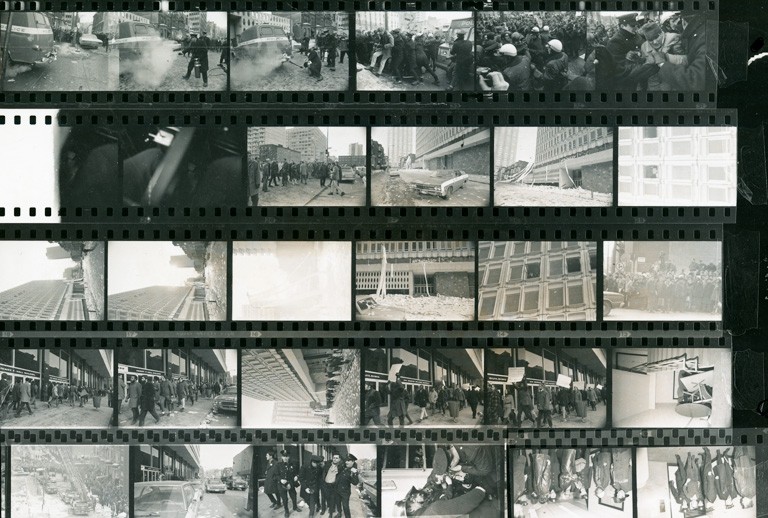 Nalini Mohabir is an assistant professor in the Department of Geography, Planning and Environment.

With the Black civil rights movement in the United States, decolonization struggles in the Caribbean, Africa and Asia, and Canada’s opening to immigration from the Global South, the 1960s was a period of immense change.

The old order was being uprooted — not only through political independence, but also a quest for dignity and respect for formerly colonized peoples.

In 1969, West Indian students at Sir George Williams University (one of Concordia’s founding institutions) occupied the institution’s computer centre from January 29 to February 16 as part of one of the most significant student protests in Canadian history.

The action was in response to discriminatory pedagogical practices and the university’s failure to effectively address the students’ complaints.

The protest culminated with a now-iconic and widely circulated image of computer punch cards being thrown out the window by students. It was also marked by varying accounts of police brutality, racist epithets and a mysterious arson that forced the students’ evacuation.

In the aftermath, nearly 100 people were arrested. The impact of this event was felt acutely in Montreal, and it was also followed closely by national media in Canada, with ripple effects across the Caribbean. It impacted Caribbean-Canadian relations and resulted in Caribbean-based student protests, which pushed governments to demand justice for their nationals. 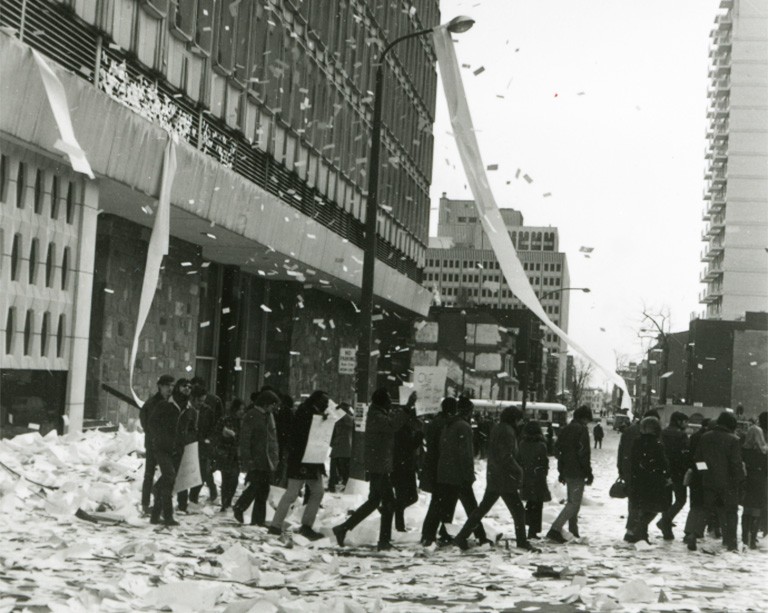 Reflections on the past, questions for the future

To mark the 50th anniversary of the Sir George Williams Affair, Concordia students, faculty, alumni and members of the broader Montreal community are coming together for 10 days of programming about the event, what it revealed and what issues remain.

On January 29, 4TH SPACE will become a lens through which to consider the unfinished business of decolonization and its relationship to questions of pedagogy. Events and speakers will also reflect on institutional life and culture, both in Canada and more broadly, and ongoing discussions about race and racism.

The goal is to remember this historical moment and its questions of decolonization and pedagogy as ones that remain urgent in higher education around the world. The programming will also acknowledge the long history of student protests in various institutions across the Global South and the Global North. In particular it will draw connections between the Sir George Williams Affair, the “Rodney Riots” in Jamaica in 1968 and Trinidad’s Black Power Revolution in 1970.

In locating the students who were part of the protest at Sir George Williams University as part of this wider trajectory, the event further asks what is the decolonizing role of the student intellectual, both historically and in our current global moment? What are the unfinished legacies of this moment in the Canadian context and beyond? How is it remembered, forgotten or contested in different spaces? How did it connect or contribute to wider circuits of activism, protest and resistance? How is blackness included or occluded in decolonizing dialogues (particularly relating to curriculum and pedagogy)? And what are the lessons of the occupation of the computer centre to current forms of resistance, such as Black Lives Matter or Rhodes Must Fall?

From January 29 to February 16, join the Protests and Pedagogy discussions on Concordia’s Sir George Williams Campus. Check out the event web page for programming details. Most events are free and open to the public.