Samosa sale! It’s not too late to give to Concordia’s Centraide campaign 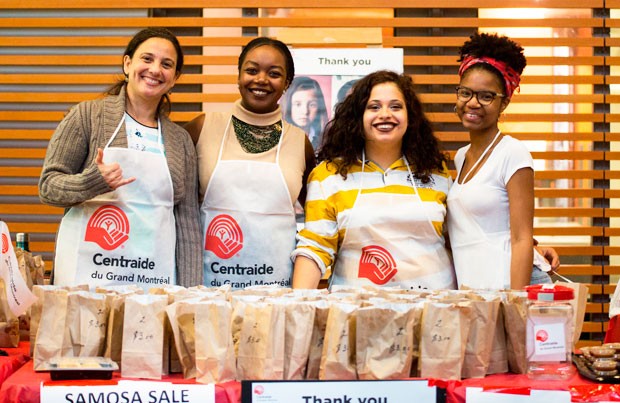 It isn’t too late to get your 50/50 tickets to benefit the Concordia United Way/Centraide campaign. Last year’s winner took home $1,200!

This year’s draw takes place at 4 p.m. on Tuesday, December 5 in the atrium of the Engineering, Computer Science and Visual Arts Integrated Complex (EV). There will be coffee and cake for everyone. You don’t need to be present to win the prize! To purchase your tickets, send an email to centraide@concordia.ca.

To help Concordia meet the 2017 goal of $190,000, Freedman points out that you can still make a secure campaign donation online or download a paper pledge form.

But first, indulge in something savoury!! Loyola Campus will host a Samosa sale on November 30 from 11:30 a.m. – 2 p.m. in the Loyola Jesuit Hall and Conference Centre (RF Building).

The campaign’s last samosa sale, at the Sir George William campus on October 25, raised $860. For $3, get two samosas. Or, buy a dozen for $15. The food is being donated, so all proceeds go directly to Centraide.

The Centre for Community Organizations (COCo) is just one of the nearly 350 agencies and projects that benefit from Concordia’s fundraising efforts on behalf of the Centraide of Greater Montreal campaign, which raised $55.1 million in 2016.

“Centraide was pivotal as our first source of core funding in 2001 and they’ve been with us ever since,” says COCo co-founder and Concordia alum Frances Ravensbergen (PhD 10). She is also a part-time faculty member in both the School of Community and Public Affairs and the Department of Applied Human Sciences at Concordia.

Centraide gives COCo $88,000  a year in core funding — one third of their operating budget. COCo’s horizontal organization is run by a four-person team. It often works with Concordia groups, such as the Quebec English-Speaking Communities Research Network run by Lorraine O' Donnell, affiliate professor with Concordia’s School of Community and Public Affairs.

Alumna Sabrina McFadden has been working and volunteering with community organizations for 10 years. She’s currently a coordinator with COCo, focusing on human resources and finances.

McFadden graduated from Concordia’s Human Systems Intervention MA program in 2007 and credits that education with improving the skills she uses when working with community organizations.

“Before HSI, my facilitation practice was very much centered around content-driven workshops for groups,” says McFadden. “Since graduation, I have developed a deeper understanding of the various approaches and techniques I can use to work with groups in ways that will facilitate learning and change.”

Email centraide@concordia.ca to buy your 50/50 tickets before 4 p.m. on Tuesday, December 5. To contribute to the Concordia United Way/Centraide Campaign, make a secure donation online or download a paper pledge form.

The Concordia United Way/Centraide Campaign’s closing event will be held in the atrium of the Engineering, Computer Science and Visual Arts Integrated Complex (EV) on December 5, starting at 4 p.m.