The fight against fake news 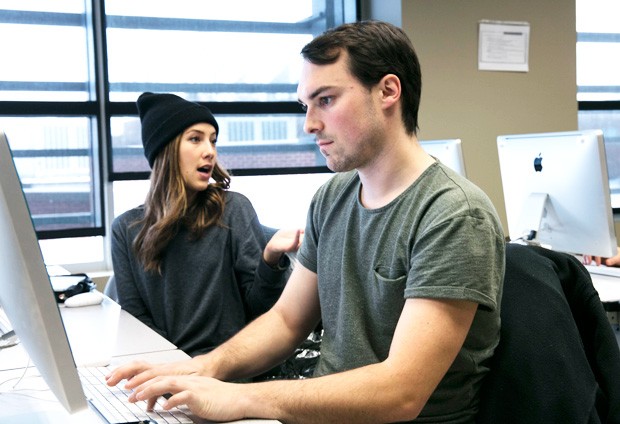 Matthew Gilmour (pictured here with fellow journalism student Emilee Gilpin): “We’re going to have to change the way we do things.” | All photos by Megan Perra

The landscape of news is changing, making it hard for the public to separate fact from fiction in this era of post-truth.

In the aftermath of the United States presidential election, professors and students in Concordia’s Department of Journalism are grappling with the realities of fake news and what it means for the future of their profession.

“Fake news has always been around but it was normally sold as a tabloid in the supermarket,” says Brian Gabrial, an associate professor of journalism. “And everyone knew that when the rat ate the child’s face off — that wasn’t real.”

Now that online media can play the same role as tabloids, our Facebook feeds are flooded with clickbait news stories, not all of which are true.

Students in the Journalism Graduate Diploma program agree that when fake news gains traction, social media is often to blame.

“There are two problems,” says Noé Sainderichin. “Headlines are often misleading and people don’t necessarily read the content of the article. They see the title and they share it. Fake news is often user-generated.” 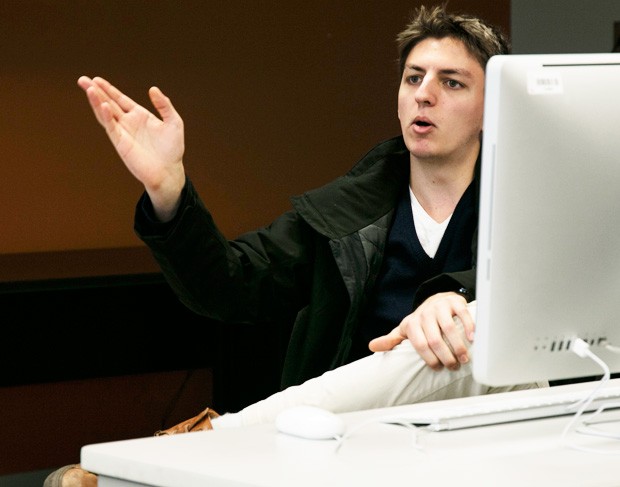 Noé Sainderichin discusses fake news with his peers in the print lab.

Matthew Gilmour, another graduate diploma student, says the issue is exacerbated by the echo chamber created by Facebook’s algorithm.

“They will show you what you want to read and your confirmation bias will make you believe it.”

But a gullible general public may be just as much to blame says Gilmour’s classmate, Emilee Gilpin. “People think that if it’s there, and you hear or read it, then it’s legitimate.”

Between the algorithms and the advertising economy, this issue has broad implications.

“Fake news has nothing to do with journalism,” says Donna Nebenzahl, a part-time journalism professor at Concordia and a regular contributor to the Montreal Gazette. She's concerned about technology's transformative power.

“This is really about technology, because without it people would know where the material is coming from,” she says. “Maybe the whole thing has run away from us, and the tail is wagging the dog now.”

It certainly seemed that way in the US elections, which were at the centre of the most recent fake news media storm.

“Regardless of what side you’re on, it’s not a good thing,” Gabrial says. 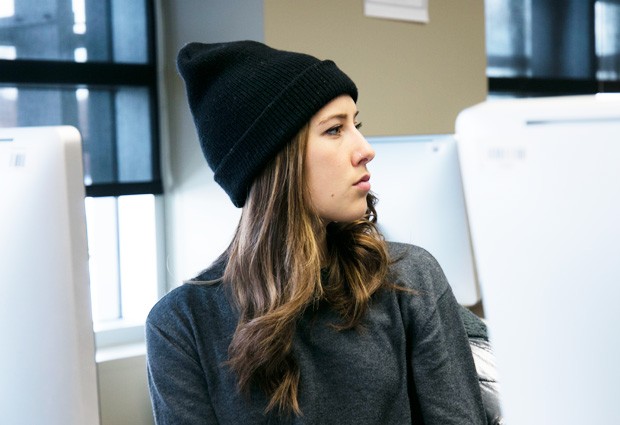 If journalists truly want to tackle this issue, Gilmour says, “we’re going to have to change the way we do things. People just don’t want mainstream media anymore.”

Nebenzahl agrees that journalists are facing an uphill struggle. “We have to get serious and we have to understand what it is we’re doing here.”

Concordia students and teachers alike agree that, in a shrinking media marketplace, journalists are under more pressure than ever to be thorough, skeptical and hard-working in their pursuit of ‘real news’ and the ongoing battle for the public’s trust.

Find out more about Concordia’s graduate diploma in journalism.