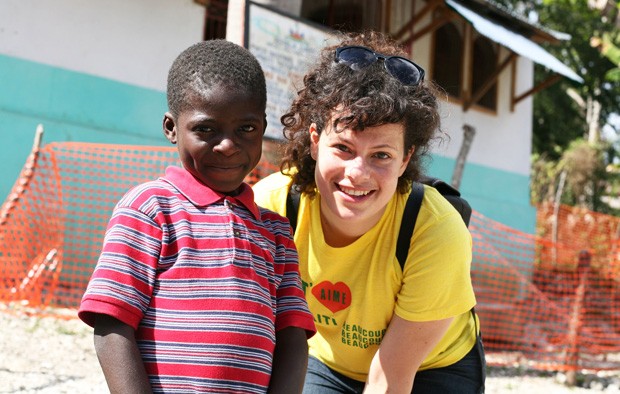 At this year’s fall convocation ceremonies, Concordia is welcoming four new honorands who have made significant contributions to the fields of journalism, philanthropy, academia and aviation.

The distinguished honorary doctorate recipients joining the class of 2016 will address the university’s more than 1,600 graduates during the ceremonies at Place des Arts on November 7.

In anticipation of their worldly advice to come, here are stories about the learning experiences that shaped them — as people and professionals.

I was about nine when I discovered that learning is a lifelong process. The teacher in this instance was my mother: I remember realizing that even while she struggled to raise and encourage and educate four children, she had enrolled at a college that offered distance learning.

Because of life’s demands, it would take more than 30 years after those mail-in courses before my mother could study full time and graduate from high school in her sixties — a chance denied her in the upheaval of her own childhood. It was finally her turn to wear a graduation gown, only after ensuring every one of us did.

My mother was my first teacher and as I often like to say, she taught me more languages than any school. Her constant need to learn inspired and motivated us growing up, and it still does: she is now taking courses at university.

Nahlah Ayed addresses the Faculty of Arts and Science at 10 a.m. on Monday, November 7.

When I reflect on what I have learned about succeeding in our hyper-competitive, global world where innovation, risk and speed are the main drivers of achievement, three meaningful words stand out: knowledge, courage and mindfulness.

This brings me to courage. Fear paralyzes. Absolute fear paralyzes absolutely. It is said that courage is the first of human qualities because it is the quality that guarantees the others. With all the knowledge in the world, we get nowhere without courage. Courage to leave. Courage to stay. Courage to be an unreasonable catalyst for change.

Mindfulness is the third word that has had meaning for me. It’s simple: pay attention. Moment to moment awareness can freeze-frame time, action and reaction. You should be able to hear a pin drop at the other end of a noisy room or enter the mind of those around you. In effect, start seeing around corners.

Earlier that same same day, Concordia MBA students will have the opportunity to hear Rovinescu in discussion with management professor Isabelle Dostaler, the recently named academic director of the Aviation Think Tank at Concordia.

Régine A. Chassagne’s drive for social change began at Concordia

The most transformative experience during my time in communications studies at Concordia was while attending Sound I, II and III, taught by Iain Cook.

The body of the class was extremely diverse, yet he valued each individual, accepting that we put our own imprint on every assignment, as long as the requirements were met. In his class, the concept of developing your voice and learning the ropes were not mutually exclusive.

I also have great respect and admiration for the fact that professor Cook has been so deeply engaged in offering his teaching talents in solidarity with the Cree of James Bay for so many years.

Witnessing his engagement was clearly an early influence on my own personal search, when I began to wonder about how I could ever be of any use to this world … in my case Haiti, where my parents were born.

Concordia as an institution draws an eclectic mix of students and faculty, enabling a vibrant and diverse community that mirrors the independent and creative spirit of Montreal.

I am grateful that during these formative years we were not simply expected to churn out hollow exercises but encouraged to aim higher and submit work that was unique and meaningful to us.

Régine A. Chassagne addresses the Faculty of Fine Arts during a joint ceremony with the Faculty of Engineering and Computer Science at 7:30pm on Monday, November 7.

In high school and in my first couple of years in university every subject seemed very easy for me. In the middle of my third year I dropped out for 21 months, mostly because I couldn’t see how the subject I loved the most — math — could help me change the world.

After travelling from Scotland to India as well as just about every country in between, I realized I was missing mathematics desperately. So I wrote to the University of Alberta to ask them to let me return and go directly into the PhD math program.

They graciously responded that I needed my BSc in Honours Mathematics to enter the PhD program but that they would let me complete it in a single year and replace all the undergraduate math requirements with the graduate course equivalents.

Thus, on my return, I found myself in several graduate math courses and discovered that I had forgotten everything I learned before dropping out.

All of a sudden I had to work incredibly hard. To my amazement, this made learning so much more enjoyable and rewarding. Since then I have gotten great joy in taking the time to learn all kinds of things that are particularly difficult for me.

I am very uncoordinated, which has made juggling, riding a longboard, skiing and kayaking particularly difficult for me to learn, and thus especially rewarding. Also, learning something that’s harder for you than most other people makes you a better teacher.

And yes, math and computer science turned out to be great career choices for changing the world, especially since one of the things I wanted to change was to get more women into careers in the tech industry.

Maria Klawe addresses the Faculty of Engineering and Computer Science during a joint ceremony with the Faculty of Fine Arts at 7:30pm on Monday, November 7.

Consult the complete Concordia fall 2016 convocation schedule, and be sure to share your thoughts and photos on social media: #CUgrad and #CUalumni.