OPINION: The fight for abortion rights in Ireland is an international cause

As part of the ‘Repeal the 8th’ movement, Concordia professor Susan Cahill invites you to a pro-choice picnic this Saturday
|
By Susan Cahill 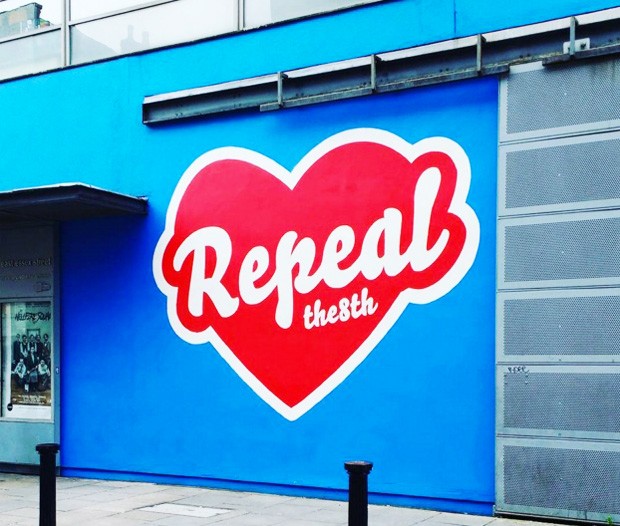 Susan Cahill is an associate professor of literature in Concordia’s School of Irish Studies.

This Saturday, in 23 cities — from Montreal to Melbourne, Nepal to the Netherlands — Irish emigrants and international allies will be taking part in a Global Gathering for reproductive rights in solidarity with Dublin’s March for Choice.

I will be picnicking for choice in Montreal, beginning at 10 a.m. in Jeanne-Mance Park, and so should you!

Why? At a time when reproductive rights are being clawed back around the world, when Donald Trump promises to ban abortion across the United States, it is especially important to stand up for choice, to stand with women — and anyone who needs an abortion — and raise your voices in support of change.

Ireland is the only country in the democratic world to have a constitutional ban on abortion. The country’s Eighth Amendment equates a woman’s life with that of a fetus. So when you hear Irish people calling to “Repeal the 8th,” that’s what they’re talking about.

Although an act was passed in 2013 permitting an abortion if there is a substantial risk to the woman’s life, including suicide, that woman must be assessed by six doctors who have the power to decide whether she can access this health care or not.

The act does not cover women who are pregnant as a result of rape, nor does it permit abortion in the case of fatal fetal abnormalities.

Women have died as a result of Ireland’s restrictive laws, including in the tragic case of Savita Halappanavar, who was denied a termination when admitted to a Galway hospital in 2012 while suffering from a miscarriage.

An average of 10 women travel to England every day to seek the health care they need — more than 3,000 women a year. These are conservative figures, however, as not everyone will give their home address due to the stigmatization of abortion in Ireland.

The numbers also don’t include women like the comedian and actress Tara Flynn, who bravely spoke about her experiences travelling to the Netherlands for an abortion.

‘I didn’t matter to my country anymore’

And the numbers don’t include me. I experienced an unplanned pregnancy on a month-long trip back to Ireland in 2013, and was forced to endure it until I returned to Canada, feeling intensely the effects of Ireland’s laws on my body and rights. I didn’t matter to my country anymore, which, I have to say, did not feel good.

I moved to Montreal five years ago to pursue the academic dream of a tenure-track job in a cool city. I love its art and its activism, its summers full of festivals, and its energy.

Montreal and Canada have been good to me, showing me what it’s like to live somewhere that trusts women to make their own decisions about what is best for their body and their life.

My abortion was covered by my heath care; it was free, safe and accessible, and the doctors, nurses and health-care practitioners I dealt with were non-judgmental and supportive. I felt safe.

My students react with shock and horror when I teach Ireland’s reproductive history. The gulf between this and my experience in my home country was so overwhelming that I wrote about it, told my story on Ireland’s national stage and am now organizing Montreal’s pro-choice picnic for the Global Gathering.

I want to bring together Irish people living here and Canadians who support us to loudly call on Ireland to trust women and repeal the Eighth Amendment. We members of the Irish diaspora cannot go back to a country that doesn’t respect us. Our numbers are large, we are loud and we are gathering in 23 international cities to call for change.

On Saturday, I will be asking people to describe what access to abortion in Canada means to them. Some 4.4 million Canadians claim Irish ancestry. What does it mean to you that your Irish sisters do not share your rights?

Join Susan Cahill at the picnic for choice on Saturday September 24, from 10 a.m. at Jeanne-Mance Park, as part of the Global Gathering to Repeal the 8th.