From June 12 to 16, find out at Concordia's Bloomsday Festival events
|
By Elisabeth Faure 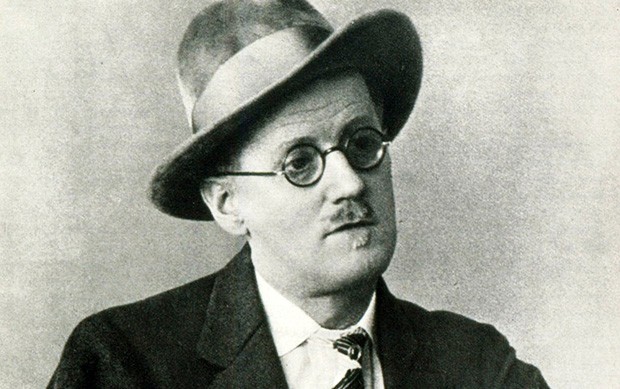 For the fifth year in a row, Concordia’s School of Canadian Irish Studies is helping Montrealers celebrate Bloomsday.

For literary fans and Irish culture buffs, Bloomsday remains one of the most notable literary holidays around the world. The day is celebrated each year on June 16, the date on which James Joyce’s famous novel Ulysses (1922) is set.

“It's a tremendous pleasure to be involved in the Festival Bloomsday Montréal,” says Derek Gladwin, visiting scholar at the School of Canadian Irish Studies, who has written about his experience organizing the event. Gladwin previously co-edited the 2014 book, Eco-Joyce: The Environmental Imagination of James Joyce.

Joyce was probably not a fellow you would want to encounter when late for an appointment, nor would he have likely felt at home in today’s 140-character-driven Twitter culture.

Clocking in at over 265,000 words to describe the details of a single day, Ulysses is well-known for its length. While some find the book inaccessible, fans praise its humour and entertaining style, as well as its many historical and cultural references to Ireland. 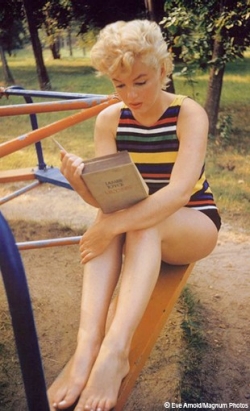 ‘Only geniuses can generate so many emotions’

This year’s Bloomsday includes a three-part event on Monday, June 13, “Mistakes are the Portals of Discovery,” featuring seven scholars discussing such diverse aspects of Ulysses as history and gastronomy (food plays a major role in the book). Gladwin will moderate the two panels and roundtable discussion that make up the event.

“I have spent many Bloomsday celebrations in Dublin, but this will be my first in Montreal,” he says.

“Literary festivals celebrate culture and tradition, and Festival Bloomsday Montréal is one representative example in a city with its own rich history of people connected to Ireland (Montreal’s Bloomsday celebrations are amongst the largest in Canada). The School of Canadian Irish Studies at Concordia has also been an integral part in celebrating Irish culture in Montreal since its inception.”

Gladwin credits “the thriving intellectual and social life at the school” with providing an excellent place to work as a visiting scholar, adding, “I have also enjoyed working with the students here at Concordia, because they are engaging, curious, progressive and committed.”

Malette says Ulysses is the novel he has read the most in his life, and Joyce is the author he has studied more than any other.

“Joyce made me realize literature's strength,” says Malette. “He showed me that literature could make me roar with laughter on one page, and bring a tear to my eye the next. Only geniuses can generate so many emotions with just a little ink and paper.”

A second Bloomsday event, taking place on Wednesday, June 15, will feature Andre Furlani, chair of the Department of English, who will give a talk, "From Bloomsday to Happy Days: Samuel Beckett Reimagines Molly Bloom."

“Learning to read Joyce's work, especially Ulysses, was a formative experience of my youth, and preparation for my present line of work,” says Furlani, who will be teaching a course next winter on the book.

“The Bloomsday Festival unites one of the most formidably literary of all authors with readers from every background, far beyond academe, and in so doing helps to ensure that, despite the obscurity of Ulysses, the novel's audience is not restricted to pedants. Ulysses has immense force, including an intense power to delight, and the festival conjures it up with corresponding glee, panache and bravado,” Furlani adds.

“This is precisely the spirit in which Joyce had hoped the work would be celebrated and understood.”

Furlani enjoys comparing the writings of Joyce with another one of his favourite authors, Samuel Beckett. In 1961, Beckett wrote the two-act play Happy Days, featuring a woman named Winnie, buried up to her waist in the first act and up to her neck in the second.

“Beckett saw no way to rival an author of Joyce's encyclopedic knowledge and rhetorical mastery,” says Furlani. “Beckett’s insight was to find it in the opposite: for Joyce's omniscience, Beckett would pursue ignorance; for Joyce's stylistic omnipotence and richness, Beckett would substitute impotence, weakness, penury.”

Furlani says he hopes to reveal how two seemingly complex artists actually “wrote with bracing directness about the most basic facts of human life in a surprisingly original, forceful and meaningful way that any lively and patient reader may readily perceive and enjoy.”

James Joyce for all

Gladwin promises you don’t need to be a James Joyce buff to enjoy Bloomsday. “Audiences will ultimately learn how Ulysses addresses many historical and social issues in Ireland not only at the time, but also through issues still being confronted now. The novel is incredibly universal.”

He says his panels are geared toward a general public audience with an interest in Joyce. “People might know a lot or very little about Joyce, and Ulysses. It’s my aim to keep the discussions lively and accessible, for audience members to both learn and participate.”

According to Gladwin, “Ulysses is considered one of the greatest novels in English of the 20th century. It's important for people to come and listen and discuss why this popularity has been sustained throughout the last 100 years.”

James Joyce would be proud.

Learn more about these and all Festival Bloomsday Montréal events.