A night at the Oscar

On June 17 and 18, the Centre for the Arts in Human Development celebrates two decades of groundbreaking creative therapies
|
By Josh Hawley 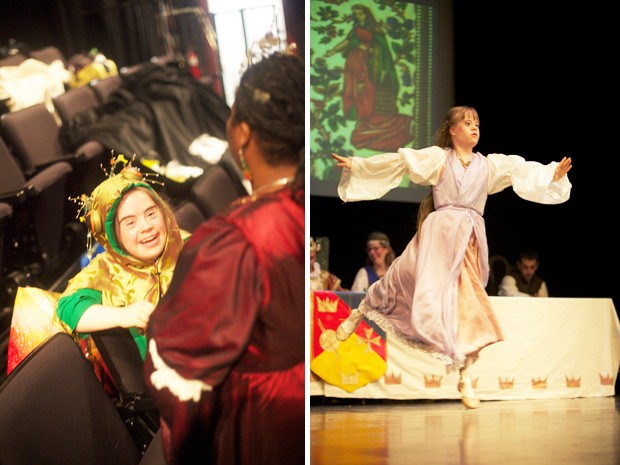 Over the past 20 years, hundreds of people have contributed to the Centre for the Arts in Human Development (CAHD), from participants with developmental disabilities to volunteers, graduate students and music, art, drama and dance therapists.

On June 17 and 18, alumni of the Centre will return to Concordia for A Night at the Oscar, a monumental retrospective variety show at the Oscar Peterson Concert Hall.

How it all began

The CAHD was officially created in 1996, but the catalyst for it occurred in 1993 when Lenore Vosberg, a social worker at the West Montreal Readaptation Centre, approached Concordia’s Stephen Snow, then a professor of theatre and currently an associate professor of drama therapy and chair of the Department of Creative Arts Therapies, about staging a play with her clients.

“It was magical, it just came together. People were astounded. That first play founded a 20-year tradition for the Centre,” says Snow, who recently became the first recipient of the Ella Amir Award for Innovations in Mental Health.*

Every second year, the CAHD accepts 20 people with developmental disabilities referred by social workers at readaptation centres and CLSCs. Students come Mondays and Fridays for two years. At the end of their second year, they host a big public outreach event, usually a play. The group comes back on Wednesdays for a third and final year — the denouement, if you will.

“The theme of our show is 'We Can',” says Lenore Vosberg, the CAHD executive director. “The song 'I Can' was from And Alice Dreams... and we're expanding it to be 'We Can,' which will be our closing number. We have a core group of singers and behind them there will be everybody else, around 65 people, doing sign language for the lyrics.”

Part of A Night at the Oscar will be dedicated to honouring the music of Shelley Snow, who has composed more than 100 original songs during her time as the Centre's music therapist.

The CAHD has been at the forefront of using ethnodramas — plays based on the performers' lived experiences — as therapy. So far three ethnodramas have been produced, all to tremendous acclaim. 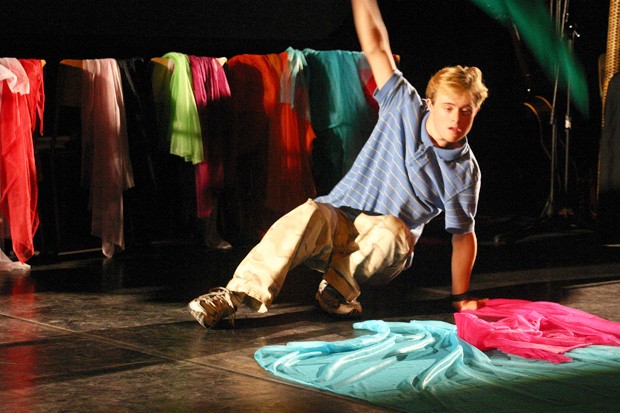 Stephen Goulet performed in 2012's Our World: A Musical Ethnodrama and really enjoyed his experience. “Some days were tough. But with all the bad stuff put aside, I loved every minute of it.”

Goulet will also be performing in A Night at the Oscar. “They always want me to come back, and I never say no.”

‘Taking everyone for who they are’

Choreographing the dance numbers for the retrospective is Gelymar Sanchez, a professional dancer and Concordia psychology student. She first began as a volunteer at the Centre in January 2015, teaching yoga.

Sanchez is working on six dance acts for the show, reshaping original choreography for some and creating others from scratch, each movement designed to suit the dancer.

“It's about taking everyone for who they are and for their abilities, rather than their disabilities,” she says. “They keep on surprising me and renewing my vision of dance. Some of the participants are so talented, I feel they are five times better than the best professional dancers I've worked with before. They really blow my mind.” 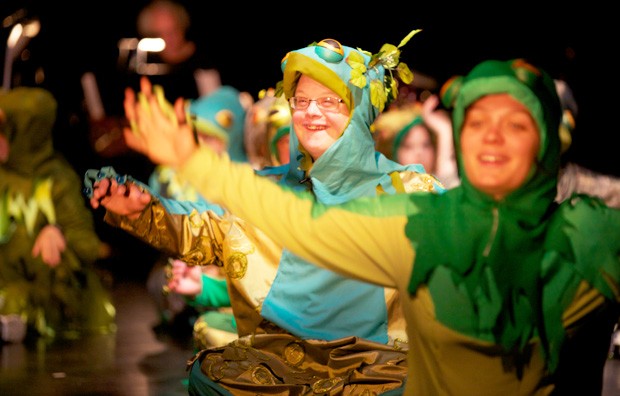 From the stage to the big screen

The Centre's story is one that has resounded strongly with people far and wide. CBC made a documentary in 2000 about the CAHD play And Alice Dreams... called Finding Wonderland. In 2011, EyeSteelFilm released the documentary The Frog Princes, about the play The Frog & the Princess.

“When CBC came, they were going to come for one day. They got so fascinated by the process, they stayed for two weeks,” says Snow.

Because the cast for this year's play is comprised of past participants, the 2014-16 group's public outreach event is an art installation, part of which will be on display in the foyer of the Oscar Peterson Concert Hall during the performance nights. Art pieces will be available for sale.

Crafts made by the  participants will also be available for purchase.

Get your tickets today for the Centre for the Arts in Human Development retrospective show, A Night at the Oscar, taking place June 17 and 18 at the Oscar Peterson Concert Hall.


*The Ella Amir Award for Innovations in Mental Health recognizes individuals or organizations for building awareness of mental health issues in the community through research, service, advocacy, combatting stigma or calling the public’s attention to the needs of family caregivers. It was presented to Stephen Snow at the Annual General Meeting of AMI-Quebec Action on Mental Illness on June 7.