Virtual reality: 'A dream space that you can walk into'

In virtual reality, what’s old is new again — or at least that’s how Leila Sujir sees it.

The video artist and Concordia associate professor in intermedia and studio arts has been working with the medium since the early 1990s, attracted by its ability to extend visuals beyond the conventional video frame.

“I was always trapped by the rectangle,” Sujir says. “I got interested in virtual reality as a dream space that you could walk into and be a part of.”

Sujir will join l’École de Technologie Supérieure (ÉTS) computer science professor Michael J. McGuffin the morning of May 19 at the St-Paul Hotel for a conference on virtual reality. The Thursday morning event is part of the Mat’Inno series, organized by the Quartier de l’innovation in collaboration with the Montreal Youth Chamber of Commerce (JCCM) and Montreal’s Printemps Numérique. 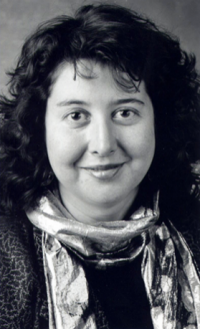 The series, which wraps up its first season on June 17 with a talk on marketing technology to aging populations, aims to shed light on work being done in the city’s universities.

It brings together faculty from the Quartier de l’innovation member schools — Concordia, McGill and ÉTS — to share their work. “The basic idea is to get their university research and expertise known by the community,” says series organizer Gabrielle Langlois,

Prem Sooriyakumar, knowledge broker for Concordia’s Office of Graduate Studies, is also a member of the Mat’Inno planning committee. He says Sujir is the perfect person to help put virtual reality in context.

“She challenges the technology in a way that you wouldn’t challenge it just by being a user,” he says.

Sujir is particularly interested in augmented reality, a form of virtual reality that overlays non-existent imagery on top of real objects, and which can create the sensation of 3D, depending on its usage. That manipulation of perceived depth may seem very new, but it’s actually been in use for the better part of two centuries; the first stereoscopic images were created in the 1830s.

The subsequent development of anaglyph technology a couple of decades later — perhaps best known for the red and blue glasses handed out in movie theatres since the 1950s — still informs art and media today.

“What I find so interesting, is that what’s new is actually old,” Sujir says. “Things get sidelined from the consumer world but they continue to exist in research and art-making spaces.”

At the Mat’Inno event, Sujir will speak about the cycles of innovation virtual reality has gone through, as well as provide anaglyph glasses to audience members so they can view some of her 3D and interactive work the way it was intended to be seen. Sujir often works on large-scale projects, wrapping buildings and other objects in 3D images like she did in Bath, England with “Elastic City Spacey.”

Interest in virtual reality is on the rise

Sujir suggests to participants attending the Thursday conference — particularly virtual-reality novices — to first visit La bibliothèque, la nuit, a virtual-reality exhibit at the BAnQ or Virtual Reality Garden: NYT VR at the Phi Centre. The Phi Centre will also be present at Mat’Inno on Thursday, with a headset on hand to show a short virtual reality video to attendees.

The timing of this particular Mat’Inno session is a reflection of what’s been going on in the larger virtual reality market, says Concordia’s Sooriyakumar: “It’s really booming right now — with Oculus Rift and the HTC Vive releasing commercial projects after being in development for some time. There’s a lot of public interest.”

And that’s the purpose of the Mat’Inno series — to contextualize the work being done in Montreal universities and help broaden its reach beyond academia, says organizer Langlois. An element of experience, like showing Sujir’s 3D videos, helps drive the point home.

“The goal is to put wind in the universities’ sails,” Langlois says.

Visit the JCCM’s website to register for the May 19 virtual reality conference and to get information on past and future Mat’Inno events. This event begins at 7:15 a.m. and takes place at Hotel St-Paul (355 McGill Street in Old Montreal).