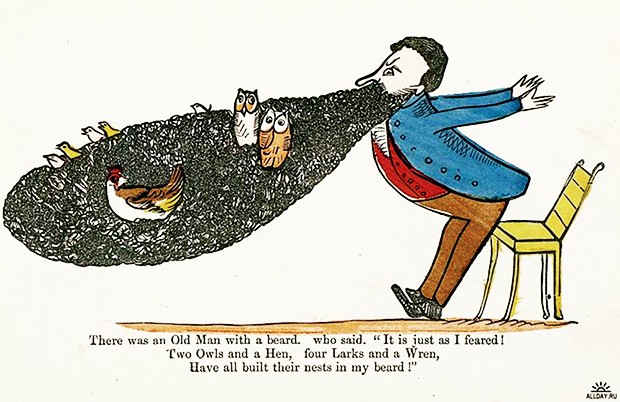 "There was an Old Man with a Beard" by Edward Lear

May 12 is Limerick Day, a celebration of Edward Lear (a.k.a. the Limerick Laureate) and the many witty lines he inspired.

According to LiteraryDevices.net, a limerick is:

Or, in a nutshell, it's "a bawdy, humorous, or nonsensical verse written in the form of five anapests with aabba rhyme scheme."

To render homage to Lear and his confederates, here is a limerick by Concordia's own David McGimpsey, a part-time faculty member in the Department of English.

His timeless reflection about the Habs was written in 2015, but could've easily been inspired by the dearth of Canadian teams in this year's Stanley Cup playoffs...

Some say the Habs need skaters who can hit

Some say they need a free agent who fits

But it’s easy to remember

That least until September

Nobody really gives a shit

Read more of David McGimpsey's poetry and find out about creative writing at Concordia. You can also follow the #LimerickDay conversation on Twitter.