Can we avoid anthropogenic catastrophe?

The United Nations, Doctors Without Borders and other experts engage at Concordia on the intersection of conflict, public health and the environment
|
By Elisabeth Faure 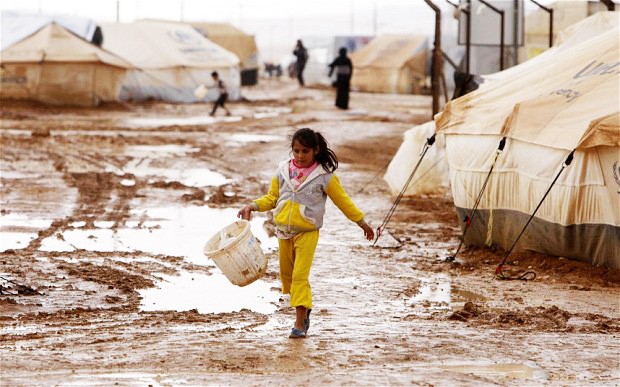 “The time for dialogue bridging these fields of expertise and policy is now,” says Peter Stoett, director of the Loyola Sustainability Research Centre. | Photo courtesy of the United Nations

More than 20 experts from three disparate fields — conflict analysis, biodiversity conservation and the medical community, including epidemiology — will gather at Concordia from May 4 to 6 to figure out how to better integrate knowledge with policies.

The Loyola Sustainability Research Centre (LSRC) is co-organizing the Avoiding Catastrophe: Linking Armed Conflict, Harm To Ecosystems and Public Health conference with partners including Doctors Without Borders, Future Earth, the Human Security Institute, and the UN Secretariat for the Convention on Biological Diversity.

“This is a vital conversation to have, given the climate change outlook, related resource scarcity and spread of infectious disease,” says Peter Stoett, director of the LSRC.

Another partner organization is the EcoHealth Alliance. “As the scale of environmental change intensifies, we face increased risk to the health of humans and other species, and the societal disruption that can result from disease outbreaks,” says Peter Daszak, president of EcoHealth Alliance.

“Global health is a great motivator for finding solutions because, as we've seen with the inter-continental spread of diseases such as Ebola and SARS, we’re only as strong as our weakest link.”

The three-day conference kicks off May 4 at 6 p.m. in the J.A. DeSève Cinema with a pair of keynote speeches from Keith Martin, former member of parliament and physician, and Adan Suazo Morazán, minister for the embassy of Honduras in Brazil.

On Thursday, May 5, there will be a series of public panels in the morning. In the afternoon, local and international non-governmental organizations (NGOs) will share information about their work and recruitment strategies at a fair.

“When we started planning this conference over a year ago, we were taken aback by how many post-conflict societies had been impacted by the Ebola virus,” says Adan Suazo, administrative coordinator at the LSRC.

“We realized there has to be a much more explicit connection made. This must be seen as a triangular concept.”

Frank Chalk, director of the Montreal Institute for Genocide and Human Rights Studies (MIGS), and professor in Concordia’s Department of History, agrees.

“Sensitization to these issues among political leaders and the public will lead to wiser public policies and furnish the world with a better chance of avoiding catastrophic population losses in the future,” he says.

Chalk, who will participate in a panel on future streams of research on May 5, has been working on the connection between atrocities and the threat they pose to public health for years.

“Mass displacement, the destruction of health institutions and treatment, the suspension of inoculation and vaccination, and the population density of hastily created refugee camps all massively increase the probability of rapidly spreading worldwide, drug-resistant infections,” he says.

Kyle Matthews, MIGS senior deputy director, will also speak at the conference. “I'll discuss the challenges the international community has had in preventing deadly conflict.”

Matthews says avoiding catastrophe won’t be easy, but believes it is possible. “The goal must be to mobilize knowledge and share with those working in the multilateral system and national governments.”

“We are seeing large swathes of the globe descend into chaos and anarchy, yet policy-makers are not sufficiently informed of how these issues are connected … The humanitarian, health and environmental communities must come together and unite their voices to make this a global priority.”

Stoett hopes the conference will spark further dialogue on these three critical issues and stimulate fresh thinking on how to avoid these catastrophes.

“The time for a sustained dialogue bridging these fields of expertise and policy is now.”

Avoiding Catastrophe: Linking Armed Conflict, Harm to Ecosystems and Public Health takes place from May 4 to 6 on the Sir George Williams Campus. The conference is free and open to the public. Registration is required.