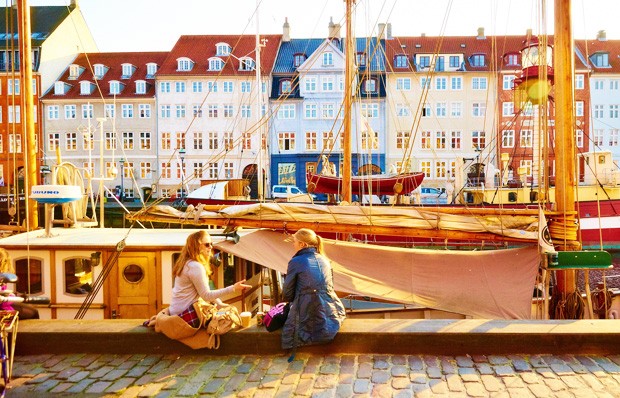 This week I write to you from the city of cyclists, Copenhagen.

I’m here on assignment until Friday; my classmates and I must prove our mettle as journalists and put together a story on Denmark’s capital.

Thus far I’ve been filming a piece on the repurposing of church spaces around the city, which happened to involve shooting an evening of live music and food — perks of being with the press, I suppose.

Needless to say, the trip has been a great combination of work and play, and has provided plenty of opportunities for me to indulge my touristy whims. 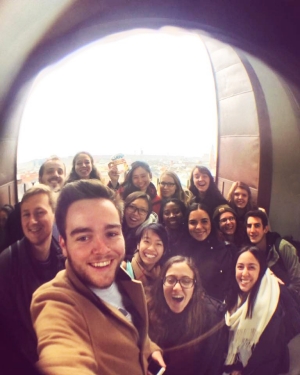 One of the highlights of our trip so far was a guided tour of Christiania, an eccentric, self-proclaimed autonomous neighbourhood in the middle of the city, and one of Copenhagen’s biggest tourist attractions.

Its roots extend from a squatter movement that began in abandoned military barracks during the 70s. It is essentially both a 34-hectare hippie haven and a major point of contention within Denmark’s political landscape.

Our tour guide, who has been a member of the community for more than 40 years, guided us through the commune by bicycle and told many a quirky story about the town’s history, as well as some lessons about life and love.

At the end of the trip, we had a quick look at the infamous Pusher Street, which comprises only a small part of Christiania but is the source of nearly all of the controversy surrounding the neighbourhood.

During our stay we’ve also visited the Danish Parliament, the National Gallery of Denmark, the International Press Centre and the tower of Christiansborg Palace — which offers the best view of the city.

I’ve also scoured the streets on my own in search of the best coffee shops; a routine activity for me whenever I enter new, uncharted territory.

Be warned Canadian java addicts, for those who are used to Tim Horton’s prices, you may experience sticker shock.

Copenhagen has much to offer. It is as storied as it is hip and has a distinctive skyline speckled with green copper roofs and spires. It's quite easy to fall under the charm of Denmark’s most known city.

Tomorrow I’ll be getting another tour around town, this time from one of my Danish classmates. I look forward to seeing the city’s lesser-known gems and getting an authentic view of what makes Copenhagen the city it is.

I’m planning to get around in true Danish fashion too, on a rented bike. Fingers crossed I’ll be able to keep up in the city’s fast-paced cycling lanes and not cause a collision.

Start your application for exchange today.