The terrible pains and ecstatic pleasures of love 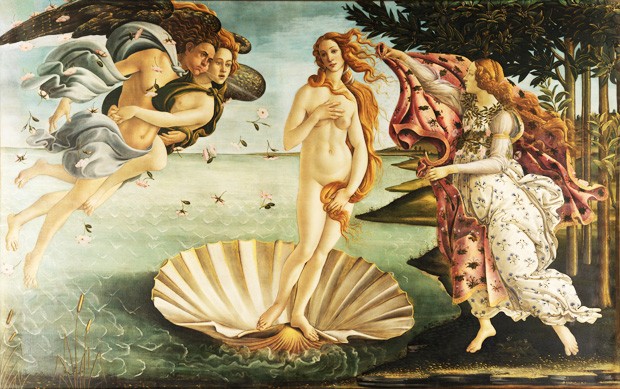 The Birth of Venus (c. 1486) by Sandro Botticelli is generally thought to be a representation of the Neoplatonic idea of divine love. | Image via Wikimedia, originally from Google Art Project

Machiavelli once said it is better to be feared than to be loved, while Saint Paul claimed that the greatest of the virtues is love.

The power of love led the former to extol the virtues of the tyrant (or to mock them) and the latter to an original and inclusive view of a powerful new religion. Whichever view of love you abide by, it cannot be doubted that love is a strong and fecund force in the history of ideas and literature in the West.

The free public event will feature panel discussions on the use, misuse and abuse of love in literature, history, politics, art, religion, philosophy and all disciplines closely associated with the Liberal Arts.

“The theme of love was chosen because it is universal and extraordinarily rich,” says Eric Buzzetti, principal of the Liberal Arts College.

“It is of perennial interest and can be treated from an almost infinite variety of angles and perspectives: literary, philosophical, biological, scientific, historical, psychoanalytic, etc. Love is the source of both terrible pains and ecstatic pleasures.

“Somehow, love is a sickness of human nature and a cure for all our ills. It is responsible for much of what is best and worst in the human condition. Eros is truly the bittersweet, to borrow a phrase from Anne Carson.”

Panelists will tackle topics ranging from friendship and the Holocaust to love of the beautiful, from Freud and dream theory to 17th-century love poetry,” Buzzetti says.

He points out that the symposium is a good example of the kind of fruitful collaboration happening right now between Concordia and CEGEPs, such as Vanier College.

“Faculty members in CEGEPs do not always feel that their university colleagues treat them with the respect they deserve as scholars,” says Buzzetti. “We wanted to help change that perception and practice. We also want to ensure that all liberal arts programs in Montreal know that Concordia's LAC is where they should send their best students!”

The symposium is also part of an effort to make the LAC a locus of interdisciplinary reflection and scholarship at Concordia, the principal adds.

The event is free and open to the public.