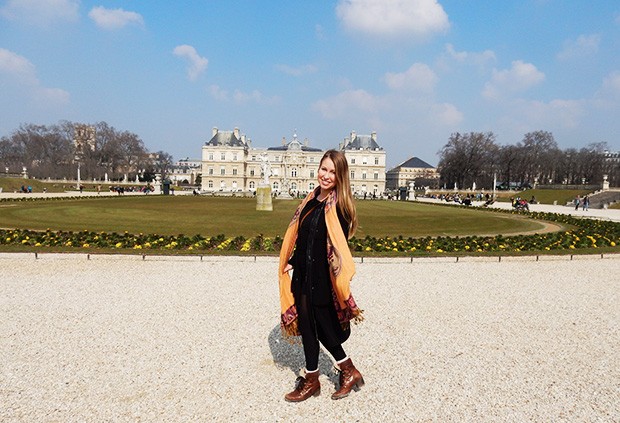 This past week I took a break from cloudy Denmark and flew off to the city of light, Paris.

I made the impromptu decision to go after my roomie casually brought up how fun it would be. A little over a week later, after having packed and watched Moulin Rouge! (necessary pre-Paris prep), there we were, sitting in an apartment on rue de Charenton — along with three other eager travellers from our class.

I was awed by the city, and that was before we even touched down. Sitting by the cabin window in the airplane I watched Paris materialize through the clouds as our craft descended — the ever so iconic Eiffel Tower piercing the skyline.

The structure was just as impressive from the ground, and was so large I could feel its wrought iron silhouette towering above me wherever I went. 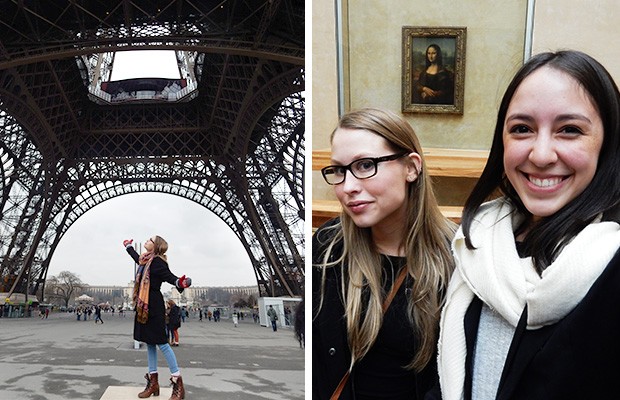 Of course there were a number of bucket items to cross off the list, such as seeing Mona in the Louvre, visiting Cathédrale Notre-Dame de Paris and taking in the view from Sacré-Coeur in Montmartre, whose steps offer the best seat in the city!

It was actually just as exhausting as it was exhilarating trying to pack Paris into a couple of days — but well worth the sleep deprivation. Besides, if ever I began to feel too tired, there was always some charming café just around the corner waiting to welcome me with a dose of caffeine.

It’s hard to say what my favourite part of the trip was. The city is sprawling and there is so much to do and see that it’s difficult to pinpoint what makes it so magical.

I suppose if I had to pick a moment, it would be sitting in a quaint café after a long, eventful trek and savouring blue and Camembert cheese with a baguette. I know, so trite. This is mostly because I have an unhealthy obsession with cheese. However, it is also because it was a perfectly restful and indulgent moment enjoyed amidst the hustle and bustle of the Parisian street.

That French cheese seemed to sum up the flavour of Paris for me — strong and lasting.