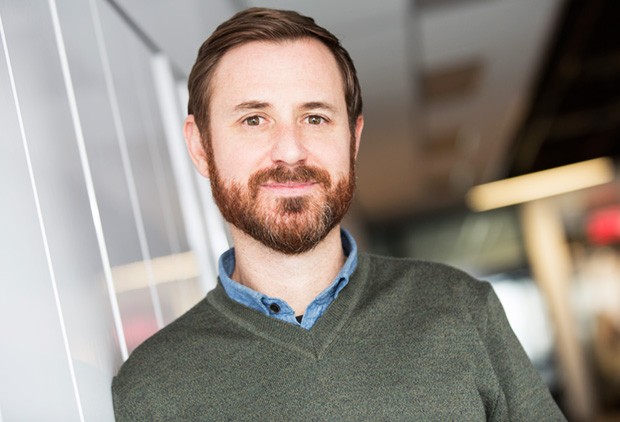 Joshua Neves, an assistant professor in Concordia's Mel Hoppenheim School of Cinema is the new Canada Research Chair in Global Emergent Media. His new lab, which is centred on the critical study of global new media (including but not limited to digital forms and practices) is supported by $100,000 from the Canada Foundation for Innovation.

What are you working on right now?

Joshua Neves: I am currently working on several related writing projects as well as setting up the Global Emergent Media Lab, a new research space located on the sixth floor of the Faubourg Building (FB).

In terms of writing, I have just completed an edited collection examining Asian Video Cultures (co-edited with Bhaskar Sarkar) that will be published by Duke University Press. I am also completing a monograph, Faking Globalization, which examines media and popular politics in China and in the context of larger debates about globalization.

Additionally, I am drafting several essays for publication in journals or books on topics ranging from special effects, media urbanism, and contemporary documentary.

I have been invited to give some talks and conference presentations at the Toronto Film Seminar (March 4), the Society for Cinema and Media Studies (March 30), the Global-Popular conference at UC Santa Barbara (April 20), and the Asian New Media conference at the University of Washington (May 1), among others.

In the past year, I have also organized several events as part of the GEM Lab. These include the ongoing Seminar on Media and Political Theory. The upcoming seminar is focused on “Concepts,” and will take place on April 15 and 16. More information about this and other lab events is available on the website.

What has your attention? What are new trends and/or new directions in your area of research or creation?

JN: I am currently very excited about work that is globalizing how we produce knowledge within our disciplines. In media and cultural studies this includes a range of historical and theoretical work centered on subnational and transnational formations, as well as knowledge about media that is not beholden to one particular locale (that is to say, idealized versions of Europe and North America).

I am also interested in current work that expands what we think of digital culture or techno-modernity. In my view, these frameworks are too often uncritically technophilic and obscure actually existing media practices in much of the world.

There is a great deal of work to be done exploring these media fields, and in incorporating them into our ideas about contemporary culture and politics so that they recalibrate basic assumptions and categories themselves (and not just function as exceptions or markers of lagged development).

My interest in global frames and actually existing media cultures structure the research initiatives in the GEM Lab, which at once aim to provide a platform to engage a range of ignored media cultures (from the low-fi to the marginal), as well as create a space for rigorous and collaborative theoretical work — including asking why these issues matter for us as scholars, teachers, citizens, activists, and the like.

While I think it is important that scholars remain critical of aspects of the digital humanities and of whole hog adoption of the creative industries and related corporate projects within the university, this is also a very exciting time to be working with digital tools.

For example, the lab will experiment with a range of digital technologies as part of the research process, from data collection and capture to analysis and collaboration, and with modes of sharing work (including online publishing, video essays, and curation projects). A clear challenge at the moment is to train graduate students who are able to move easily across the old theory-practice divide, and are comfortable working with media and not simply analyzing it.

What communities do you feel most connected to or engaged by?

JN: I have been very excited by the range of interdisciplinary work happening at Concordia, and across Montreal, that focuses on media cultures and politics, especially digital media, as well as clusters centered on Asia and transnational flows. The campus’ commitment to creating spaces for rigorous research creation is also really exciting. This is becoming increasingly important to my own work and I hope the GEM Lab will contribute to this growth alongside spaces like The Feminist Media Studio and the various research clusters associated with the new Institute.

How did you get here?

JN: Before coming to Concordia to take up the Canada Research Chair position, I taught in the Department of Modern Culture and Media at Brown University. I had also previously spent some time in Canada as an Andrew W. Mellon Postdoctoral Fellow at the Jackman Humanities Institute at the University of Toronto.

I was really excited by the Film Studies and Communication Studies Departments at Concordia—which have really stellar international reputations—and reminded me of the exciting media studies scene at UC Santa Barbara where I completed my PhD in Film and Media Studies.

What are your students working on?

JN: We have a really great group of MA and PhD Students in Film and Moving Image Studies, and I have also had the chance to meet a range of students in the Individualized Program (INDI) and the Humanities program, among other fields.

It’s fantastic to be working with the students in the context of the GEM Lab where their research is taking a direct role in shaping new initiatives. For example, I have students working on new media in greater China, television cultures in Latin America, histories of Palestinian-Pakistani political media, urban screen cultures, among many other projects focused on informal media, site-specific research, and global cultural theory.

I look forward to this growing over the next couple of years as the lab infrastructures are completed, and we begin to work on larger multi-institutional grants that will provide our students with opportunities for research collaborations at international sites.