Mission to Mars: ‘Building a sense of community will be imperative to success’ 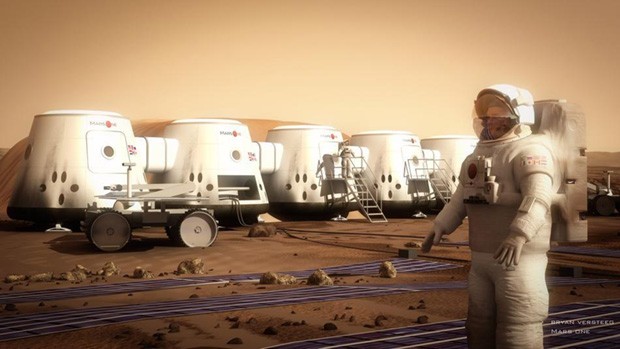 Dutch entrepreneur Bas Lansdorp's non-profit foundation Mars One, formed around the ambitious goal of sending humans to the Red Planet in 10 years time, has just published a book.

Mars One: Humanity’s Next Great Adventure (BenBella Books) provides a glimpse into the process used to select candidates for the one-way expedition, as well as details about what they’ll face when they get there.

Raye Kass, professor in Concordia’s Department of Applied Human Sciences, edited the book with her brother, James Kass, an expert in human spaceflight, and Norbert Kraft, Mars One’s chief medical officer. Both Kass siblings are on the foundation's Advisory Board.

A specialist in group theory and space research, Raye Kass helped draft Mars One's astronaut selection criteria. She also contributed a chapter to the new book, “A World Waiting to be Born,” in which she lays out the important role interpersonal and group skills will play for the first settlers on Mars.

Here’s an excerpt from the chapter:

Why Technology Is Not Enough

Mars One will provide an opportunity for scientists worldwide to work together and achieve what had previously seemed impossible: travel to Mars and its permanent settlement.

Although significant progress has been made in providing the engineering hardware and life support systems necessary for withstanding the physical stresses of outer space and sustaining human life in a very hostile environment, is this enough? 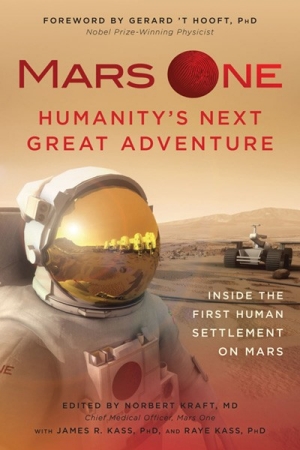 Much work has been done by space agencies in the area of individual training and selection. However, experience gained from long-duration spaceflights and space-analog environments has demonstrated that skills, excellent health, and the absence of psychiatric illness cannot alone ensure effective crew performance.

As long-duration spaceflight missions impose significant mental demands on crew s, successful preparations for the mission to Mars must examine and address the difficulties that lie beyond the physical. Although we need to ensure that the crew who journey to Mars are adept at scientific and engineering thought processes (for obvious reasons), it would be disastrous to ignore skills that many pass over.

Currently, astronauts chosen for space missions generally fit the profile of “adults who take directions and follow rules like an exceptionally well-behaved child,” as Mary Roach put it in her book Packing for Mars: The Curious Science of Life in Space. Today’s missions have a specific set of training and preparation that lend themselves to a period of time with both a beginning and an end point, but this is not the case for Mars One.

The mission of this crew will not end once the journey to Mars is over: It begins in earnest only when they have landed. And although the crew will train as best they can before they take off, the journey there will be their true training ground. Once they land, the crew of Mars One will be faced with environments and situations that we on Earth have no concrete idea about.

Shackleton’s men journeyed into the unknown, with doubts as to their return. When the Endurance sank and the men began the most harrowing part of the expedition, they maintained a sense of optimism, despite the odds. What created their optimism? Most likely, the combination of their profound trust in Shackleton, their strong sense of community, and the confidence they had in their abilities as a team.

The Mars One crew will need to develop these things as well: Once they are on Mars, they will be physically building a community in an unknown land, with challenges they will not be able to predict. But building a physical community is secondary to building an emotional community. It is essential for the crew of Mars One to understand this: Building a sense of community before they land will be imperative to their success.

Learn more about Mars One.

Order a copy of Mars One: Humanity’s Next Great Adventure.