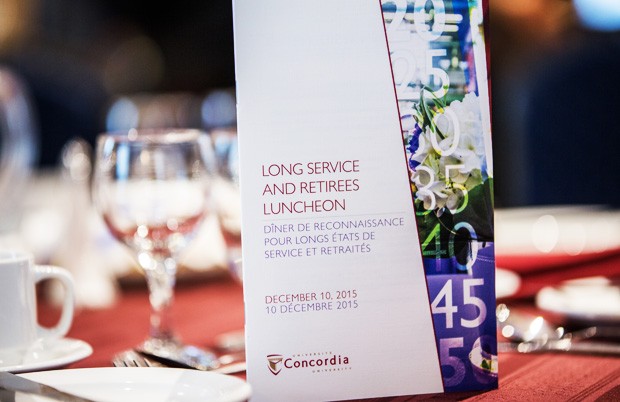 “Sometimes, it felt like I had 300 kids,” laughed honoree Cheryl Williams, who worked at Concordia for 30 years.

On December 10, Concordia recognized 253 employees who have reached milestones in their careers at the university with the annual Long Service and Retiree Luncheon.

He joked about trying to “wrap his head around” the fact that some of those being honoured had worked at Concordia when the Beatles were new on the pop music scene.

“Thank you to everyone who has built Concordia into the amazing place that it is today,” said Bacon. “Everyone’s unique contribution over the years has given us our character today.” 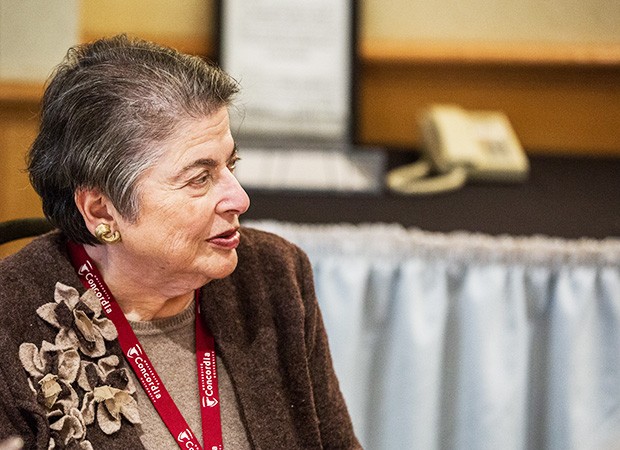 “After so many years the sense of bond we have with each other is strong,” said Shepard, before outlining Concordia’s strategic directions.

“Maybe we met a mate here, sent our children to university here, and made deep connections. Concordia is ultimately about people, not buildings … As retirees, you’re still ambassadors, so please continue to spread the word about Concordia and the new strategic directions that make us a next-generation university.”

Representing the honourees, Eric Goldner, a manager of Student Recruitment, took the microphone to discuss his experience growing up with a father who worked as a counsellor at Concordia.

Goldner Jr. went on to contribute his own 25 years of service, and counting.

“Now, as a student recruiter, when I tell prospective students and their parents about our long-term service, it resonates well,” said Goldner, who has held seven jobs in seven different departments across campus.

“Each of us plays a part, and it wouldn’t be the same without your contribution and commitment to the evolution of Concordia.” 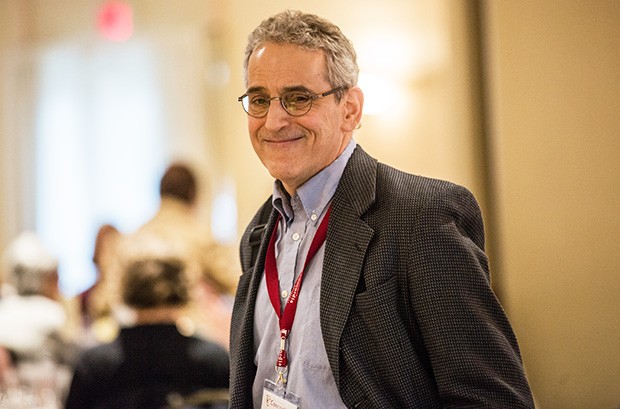 Peter Shizgal, 40 years at Concordia. "It's gratifying to see how the institution has advanced and developed."

Cheryl Williams, a retired department assistant from the Mel Hoppenheim School of Cinema, was among the honourees. Over the years, she has enjoyed following the careers of graduates, including feature film director Christian Duguay and animator Chris Hinton.

“Sometimes, it felt like I had 300 kids,” laughed Williams, who served for 30 years.

“The animators and film studies students are quiet, while the film production students are more outgoing. I’ll miss them all.”

Another honouree, Peter Shizgal, a professor of psychology, is celebrating 40 years of service. Like Williams, he enjoys the collegial nature of his department.

“The department was on the rise when I started, and my area — behavioural neurobiology — really took off,” he said. “It’s gratifying to see how the institution has advanced and developed.”

Shizgal has no plans to retire. He will continue to focus his research on reward and decision making. “I have a grant that doesn’t run out until 2018, and I’ve applied to renew a grant that I’ve had since 1976. It would provide funding until 2021.” 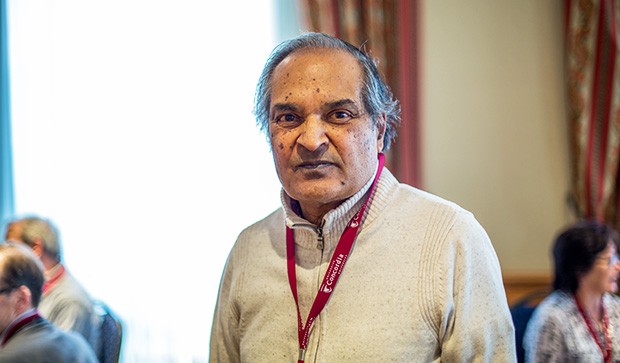 Venkat Ramachandran, 45 years at Concordia. "I'm proud to have been a part of that."

Venkat Ramachandran, a professor from the Department of Electrical and Computer Engineering, is celebrating 45 years at Concordia. His son followed his footsteps, studying electrical engineering at Concordia, and now teaches at Rowan University in New Jersey.

“The department expanded and made a name for itself,” said Ramachandran, who has 21 academic awards in research, teaching, administration and engineering education.

“I’m proud to have been a part of that.”

Read more about Concordia staff who were honoured in 2015.