Nietzsche's 171st birthday: what’s love got to do with it? 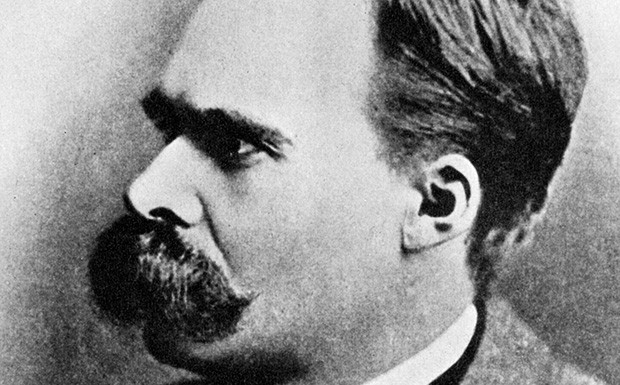 Tom Digby, the author of this editorial, will be a guest lecturer at Concordia’s Department of Philosophy next term. He was invited by Eleni Panagiotarakou to speak in her course "The Philosophy of Leisure" (PHIL 255).

When philosopher Friedrich Nietzsche's name is mentioned, the word "controversial" is often attached. But today is his birthday, and we tend to say nice things about a person on their birthday, so I want to discuss one of Nietzsche's most wonderfully useful insights. It is about love, and it plays a fundamentally important role in my new book, Love and War: How Militarism Shapes Sexuality and Romance (Columbia University Press, 2014).

Nietzsche wrote about love toward the end of the 19th century, at a time when the notion of women's equality was getting a lot of attention — and a lot of men were getting scared! In other words, it was a time like today. But Nietzsche was braver than many men, and he dove headfirst into the topic of the relationship between gender equality and heterosexual love.

One of the biggest obstacles to gender equality, according to Nietzsche, is precisely the different but complementary ways that our culture programs women and men to understand love. Through literature, music, and religion (and today, movies) the idea gets promulgated that for women love means devotion, even complete surrender. Hence, says Nietzsche, for women love is supposed to be a kind of faith.

It is different for men, says Nietzsche. In fact, men want that kind of love from women, but they are expected not to manifest it themselves. For a man to surrender to a woman, or to be completely devoted to her, is downright unmanly, according to our culture. “A man who loves like a woman becomes thereby a slave; a woman, however, who loves like a woman becomes thereby a more perfect woman.” Nietzsche leaves for us the task of articulating the tacit conclusion: The most perfect woman is a slave.

Is Nietzsche's description of the cultural programming of heterosexual love quaint and out of touch in the 21st century? To assess that, we can start with cueing the Britney Spears song, “I’m a Slave 4 U." Then we can consider how guys who seem devoted to, or even just minimally considerate of, a girlfriend are often described as "whipped." That pejorative connotes enslavement, and in the full version, "pussy whipped," it is clear that the enslavement is specifically to a woman. As Nietzsche points out, such a subordinate status is culturally understood to be entirely inconsistent with being a "real man."

To sharpen Nietzsche's point, consider that when a woman engages in behaviour that is considerate of a boyfriend, she just comes across as a good partner. That is why the expression "penis whipped" has never gained a foothold in the lexicon of heterosexuality.

It is important to keep in mind that Nietzsche is not giving his opinion about what love ought to be, or what he, as a man, wants it to be. Rather, he is offering a phenomenological description of our cultural programming about heterosexual love. Nietzsche did not realize something important that I point out in my Love and War book: this pattern of cultural programming about love is specific to militaristic cultures. I also explain why this is the case, drawing in part on a striking example from an Al Qaeda-related wedding ceremony.

For present purposes, what is most important is the perspicacity with which Nietzsche closes his discussion of this model of heterosexual love. This kind of love in which men are dominant and women are subordinate, Nietzsche says, results in antagonism between men and women. Unabated and unthwarted, that dynamic leads to an all-too-familiar pattern of tragedy in heterosexual love.

That helps explain a lot (but not all) of the antagonism in heterosexual romantic relationships. But it does more than that. In my book, I add something more to Nietzsche's insight: the antagonism intrinsic to a notion of love where men are dominant and women are subordinate ramifies into every aspect of our culture. It becomes amplified into broader cultural programming in which men are expected to be dominant, and women are expected to be subordinate.

That helps explain many of the most troublesome aspects of contemporary life: domestic violence, rape, gender discrimination, sexual harassment, women not getting heard by men, the disadvantages faced by women in politics, and a wide array of gendered microaggressions.

So thanks, Nietzsche, for sounding a cultural alarm to which we are finally paying attention — and happy birthday!

Find out more about Concordia's Department of Philosophy.

Tom Digby is the author of Love and War: How Militarism Shapes Sexuality and Romance (Columbia University Press, 2014). He is Professor Emeritus of Philosophy at Springfield College, and has lectured on topics related to love, gender and militarism at universities throughout North America and in Europe.