His biography of Honoré Beaugrand shows an influential 'man of the world'
|
Source: University Communications Services 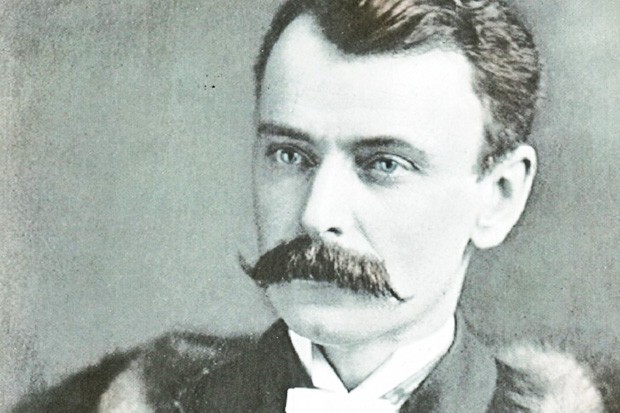 Honoré Beaugrand: “He lived a fascinating life, on both the local and world stages, truly ahead of his time.”

It was 10 years in the making — and worth every minute. Jean-Philippe Warren's engaging biography Honoré Beaugrand : La plume et l’épée (1848–1906) has won the  2015 Governor General's Award in the category of French non-fiction. He joined Concordia alum Rhonda Mullins, MA 96, who won in the translation category for the English version of Les héritiers de la mine (21 Cardinals) by Jocelyne Saucier.

“Receiving this award is a huge honour,” said Warren, a professor in the Department of Sociology and Anthropology and Concordia University  Research Chair for the Study of Quebec.

“On this occasion, I cannot help but think of the professors and colleagues who helped me throughout my career. In particular, Concordia's staff and faculty have been extremely supportive. I cannot thank them enough.”

André Roy, dean of Concordia's Faculty of Arts and Science, was thrilled by the October 27 Governor General's Award announcement.

“On behalf of the faculty, I want to extend my warmest congratulations to Jean-Philippe,” Roy said. “His book is an astonishing accomplishment, and this prestigious award is well-deserved. It just goes to show what wonderful minds and talent we have here at Concordia. Toutes mes félicitations!”

Honoré Beaugrand: the 'Guy Laliberté of his time'

As Warren explains, “Beaugrand’s achievements have been neglected because he shatters every image of French Canadians before the Quiet Revolution, during the so-called Great Darkness — when French Canadians were supposed to be ignorant, conservative, bigoted, poor and miserable.

“Beaugrand didn’t fit that picture. He wanted universal, free, compulsory education and suffrage for all. He was a man of the world. It was unimaginable that he existed, but he was the Guy Laliberté of his time.”

As a 19th-century newspaper baron in Montreal, Beaugrand was wealthy. Perhaps more importantly, he was a liberal republican, an erudite world traveller, an outspoken education reformer and anti-cleric. He was also a champion of Quebec sovereignty and a twice-elected city mayor in the late 1880s. That explains the metro stop bearing Beaugrand’s name.

“Anyone who thinks of a metro station when they hear the name ‘Honoré Beaugrand’ is going to find this book a revelation,” said Roy.

“This man lived a fascinating life, on both the local and world stages, truly ahead of his time. Jean-Philippe’s work has already won several literary awards so, while I was pleased to hear was shortlisted for a Governor General’s Award, I was not surprised at all.”

Warren’s book is the first major biography on Beaugrand. There is no Beaugrand archive and it is believed that his son-in-law purposefully destroyed his private papers and letters. Consequently, the research process for the book was daunting.

“It meant reading 40 years’ worth of daily and weekly newspapers — not only newspapers in Montreal, where there were 10 dailies, but newspapers where he lived in New England, Ottawa and Louisiana,” said Warren, who credits Concordia's librarians for their tireless help during his mission.

Warren persevered, eventually finding enough material to draw a vivid description of one of Canada’s most interesting historic figures. It’s important to come to a better understanding of Beaugrand, Warren said, because he provides a different view on French Canada’s past.

“He throws things into a different light. What I discovered is that he wasn’t a lone radical, as we thought, but he had many followers. We always thought of him as more of an intellectual, but I learned the true extent of his wealth and influence, which was enormous.”

Warren’s next book, Pratiques et discours de la contreculture au Québec, co-authored with Andrée Fortin, comes out on October 13. Wasting no time, Warren is already hard at work on a new book about local cabbies, from a sociologist’s perspective.

“The taxi drivers in Montreal always have this incredible back history — another full life in another country. They are willing to sacrifice everything for their children.”

Find out about other research in Concordia's Department of Sociology & Anthropology.