A post-modern twist on an ancient Greek tragedy 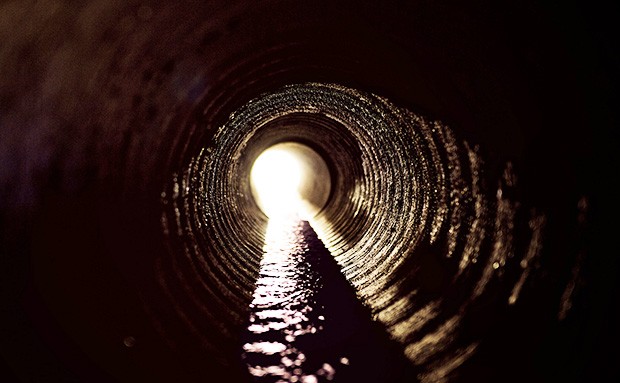 Set in a metro station, in a post-apocalyptic Montreal ravaged by war, Concordia’s upcoming production of Antigone does not look the least bit like Thebes circa 441 BC.

Yet the script remains remarkably true to Sophocles’s original Greek tragedy, albeit translated into contemporary English, says director Andreas Apergis. “The text hasn’t been adapted. It’s quite a literal translation of Sophocles’s Antigone,” he says.

This production, mounted entirely by students, marks the end of “Forces,” a season of plays that — in the words of Raymond-Marius Boucher, artistic director of the Department of Theatre — explored “forces that are bigger than all of us, forces that move, agitate and unite us.”

Antigone begins as the Theban civil war ends, after Oedipus’s two sons die battling each other for the throne. Creon prevails as king and decides to bury one man and leave the other to rot on the battlefield — a decision their sister Antigone opposes. She ends up burying her disgraced brother in defiance of Creon’s edict.

Antigone’s civil disobedience rang true for Boucher. He had been particularly troubled by the debate surrounding Quebec’s proposed Charter of Values; “Forces” was devised with that in mind.

“The power that one gives, or some people give themselves, in the name of God and in the name of other forces and beliefs — it divides people,” Boucher says.

The theme resounded with Apergis as well: “I do love the play. I love the battle between divine law and natural law.”

An actor and director with a long list of international credits, he was tapped by Boucher to bring Antigone to the stage; it’s the first time Apergis has headed up a university production.

“At least 35 students are working on this show,” he says. “There’s a great breadth of people and energy the university can bring to bear on something like this.”

The real challenge, he says, was the material. For people just getting their legs in theatre, it can be difficult to wade through the abject misery of a Greek tragedy — particularly in the unconventional setting of an abandoned Montreal metro.

“It’s a world that has to be believed in fully and committed to,” Apergis says.

Jake Wilkinson, who is in his second year of a specialization in theatre performance, plays King Creon.

“It’s pretty intimidating, I’m not going to lie,” he says of his role. “It’s an emotionally intense play and I’m having to find things in myself I’ve never had to before. There’s literally no part of the emotional spectrum that’s left untapped.”

Wilkinson was blown away when he first heard the electroacoustic compositions Stepanian and Brown came up with. “It’s so weirdly amazing — it really is chilling,” he says.

The Antigone-related tasks assigned to the duo, who have worked on other Concordia productions, morphed over the past year. “We’re composing music, we’re doing the sound design, we’re figuring out all the sound tech and we’re also performing in the show,” Stepanian says.

He and Brown composed six songs and, in collaboration with two vocal coaches from the Department of Music, trained the chorus to sing.

“It’s really a cool experience to write something and then have it come to life with 14 voices,” Stepanian says. “When they nail it in rehearsals, it’s such a rush.”

Concordia’s production of Antigone runs from April 8 to 11 at the D.B. Clarke Theatre (1455 De Maisonneuve W.) on the Sir George Williams Campus. Tickets cost $10 ($5 for students and seniors). Ticket reservations for Antigone start on April 1.