The Azrieli Holocaust Collection at 30

On March 10, Concordia's libraries are hosting a symposium to honour an important Holocaust resource
|
By Sara DuBreuil

This year is the 30th anniversary of the Azrieli Holocaust Collection, an important and specialized resource for scholarly research and education on the Holocaust and anti-Semitism.

To mark this significant milestone, Concordia Libraries is hosting a one-day symposium on March 10 called “Memory and Commemoration: The Azrieli Holocaust Collection at Thirty.”

“The 30th anniversary provides an occasion to hold a conference on a major historical tragedy that remains worthy of serious scholarship and commemoration,” says Frederick Lowy, a member of the Azrieli Foundation board of directors and former president and vice-chancellor of Concordia. 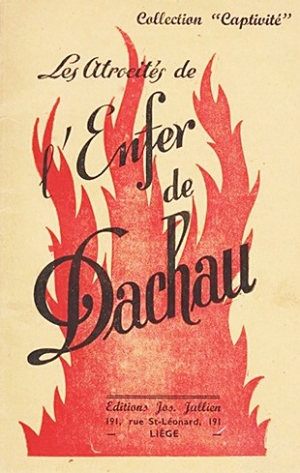 The Azrieli Holocaust Collection has become one of the largest and most comprehensive of its kind in Canada. | Image courtesy of Dan Wyman Books

David Azrieli, a Montreal businessman, architect and philanthropist, whose parents and siblings died in the Holocaust, started the collection in 1984. Available in Concordia’s libraries, it includes works on the history of the Holocaust, Nazi Germany, anti-Semitism and Jewish-Christian relations. It also contains material regarding the impact of the Holocaust on Canada and the United States.

Geoffrey Little, the symposium organizer and curator of the Azrieli Holocaust Collection, says that over the past three decades, the collection has become one of the largest and most comprehensive of its kind in Canada, if not North America.

“In recent years, we have also acquired important digitized collections and an increasing amount of rare materials produced during the 1930s and '40s,” he says. “Mr. Azrieli's generosity in endowing the collection 30 years ago means that Concordia is an important centre for Holocaust scholarship and collecting."

Frank Chalk, a professor in the Department of History and the director of the Montreal Institute for Genocide and Human Rights Studies, adds that generations of Concordia students and faculty members from a wide range of departments owe a debt to Azrieli for his investment in the collection.

“Many books, articles and conference papers could not have been written without the documentary resources he provided through his support of the collection,” he says.

The symposium itself will include opening remarks from Chalk and Lowy, as well as University Librarian Guylaine Beaudry, and Dean of Arts and Science André Roy.

There will also be two keynote addresses. “Survivor Testimony and Holocaust History: The Case of the Starachowice Factory Slave Labor Camps” will be given by Christopher Browning, an emeritus professor of history at the University of North Carolina at Chapel Hill and “A Boy's Voice from Terezin: A Holocaust Diary and an Oral History” will be presented by Debórah Dwork, the Rose Professor of Holocaust History and the founding director of the Strassler Center for Holocaust and Genocide Studies at Clark University. In addition, there will also be a panel on new facets of the Holocaust, featuring Nadine Blumer of Concordia, Stefan Benedik of the University of Graz, Henry Greenspan of the University of Michigan and Adam Seipp of Texas A&M University.

The day will conclude with a reception sponsored by the Azrieli Foundation and the Consulate General of the Federal Republic of Germany, Montreal, and in the presence of Dr. Benoit-Antoine Bacon, Concordia’s provost and vice-president of Academic Affairs.

Chalk says he hopes the symposium helps people recognize that the Azrieli Holocaust Collection symbolizes what one person can do to advance human rights and social justice.

“David Azrieli lit a candle in the night, and the people who attend the symposium honouring him for his gift will take away the fact that they, too, can make a difference, that they, too, can combat bigotry and extremism and contribute to creating a better world.”

“Memory and Commemoration: The Azrieli Holocaust Collection at Thirty” is taking place on Tuesday, March 10, from 11 a.m. to 5:45 p.m. in the D.B. Clarke Theatre of the Henry F. Hall Building (1455 De Maisonneuve W.) on the Sir George Williams campus. The event is free and open to the public. Learn more about the symposium and register here.