Q&A with Marc Steinberg on how global tech giants like Apple and Google have been influenced by Japanese media companies
|
By Andy Murdoch
Source: Faculty of Fine Arts 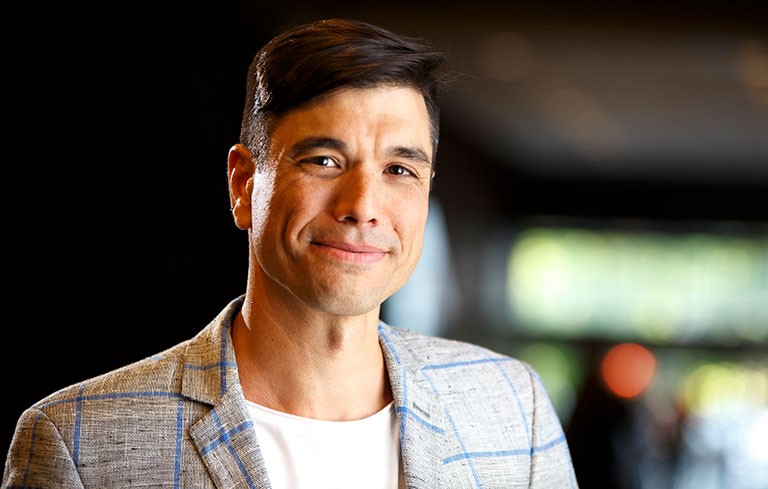 Marc Steinberg’s scholarly research has always circled around Japanese culture, industry and management theory and how capitalism intersects with film and media studies.

An associate professor of film studies at the Mel Hoppenheim School of Cinema, his new book The Platform Economy: How Japan Transformed the Commercial Internet  (University of Minnesota Press, 2019) looks at how Japanese business practices in the early 2000s had a big impact on today’s tech giants like Facebook, Apple, Amazon, Netflix and Google – and how these ideas continue to mediate and influence culture around the world today.

“These companies are changing the global landscape of what we look at and see as consumers of video content, whether it’s film, television or the internet,” says Steinberg.

Steinberg recently sat down for a candid Q&A about his new book and how the “platformization” of capitalism is changing cultures and economies around the world.

What are platforms and what is platformization?

Marc Steinberg: There are three main definitions of platform. The first one is a hardware definition of platform, where you have computer hardware with a software operating system on top. An example would be a smartphone.

The second definition would be something like a social media site — Facebook or Twitter — they have all become known as platforms. That was my first point of entry and relates to a basic genealogy of the term: it’s something you stand on, a content platform.

Third is this idea of a mediation or transactional platform that comes from economic theory. Business writers  are concerned with how platforms become intermediaries for third-party transactions. Amazon most famously has its marketplace where you can buy books from used booksellers. Amazon is the mediator between these transactions.

Originally, it was thought that mediators would disappear with the internet, but the reality is we don’t know the person on the other side of the transaction, so we are comforted by having a trusted mediator like Amazon who we know, rather then an anonymous bookseller who we don’t know if they will deliver the product or not.

The 9 original iPhone 1 commercials/advertisements in 2007 that teach how to use the phone.

Should we be worried about platformization?

MS: It is a source of anxiety to the degree that increasingly so much of our culture is mediated by massive corporations like Amazon or Google. These massive platforms have a cultural impact but also a massive economic impact.

One of the arguments in my book is that the smartphone has become such an important device because we increasingly buy things via our phones. This allows platform owners like Apple or Google to mediate our transactions. The platform owners then gain data from our behaviour, and take a cut of most transactions.

Part of my research looks at Japan, where as of the 2010s I saw large American conglomerates taking up the space of mediating cultural production. Instead of the classic TV channels or film industry, suddenly Netflix was providing access to content.

What does it mean for Japanese people to have their content mediated by large American companies? Do American values come into play in the selection of what is being put in front of people?

Teaser Commercial for the i-mode Launch in Japan, 1999.

How has Japan influenced the evolution of platforms?

MS: Japanese mobile companies pioneered a lot of the ideas behind what American companies are doing today.

In my book I tell the story about the rise of a Japanese internet-enabled cell phone that was called i-mode. I see this as a precursor to the rise of the platform economy. A telecommunications company called Docomo first provided mobile services and acted as an intermediary for the purchase of cultural goods like video games. You subscribe to a video game and make your monthly payments to the i-mode platform owner. They took a cut and passed along the remaining amount to the content makers, same as Google or Apple do today.

The cell phone became the center of a cultural and digital life in Japan from the late 90s to the early 2000s. The i-mode phone was a classic flip phone with a smaller screen. By mid to late 2000s, you could watch TV on your phone in Japan, you could buy songs and ringtones were one of the first hot commodities in that earlier era.

This year is the 20th anniversary launch of i-mode, so it’s a good chance to reflect on it and to reflect on how it became a model for the iPhone and Android phones that now dominate the world market.

What do you think is the future of the platform economy?

MS: At the end of the book, I look at a chat app called LINE that is the most popular social media platform in Japan. Most cultural production in Japan is geared towards LINE. It’s the mediator for news, there’s a kind of online or live video function so a lot of people do video streaming through LINE , and it has a cultural significance that’s comparable to the influence of Facebook in North America.

So even though LINE runs on Android and iOS, it is also its own thing. I think there’s potential in the future for apps like LINE to replace the importance of your stock Android apps because LINE allows you to make phone calls, order taxis, get maps – it does a lot of the things we associate with basic cell phone functions, but it does them all through the app itself.

Some people like Anne Helmond and David Nieborg have called this a super app. You see the rise of the super apps more in East Asia. KakaoTalk from Korea, WeChat in China and LINE are significant examples where we see the American hegemony of Facebook, Twitter and so on get displaced.

What kind of reception has your book had in Japan?

MS: There’s definitely a good deal of interest there. I’m spending some time there this summer speaking to research groups in media studies as well as management studies and business schools.

Japanese economists tell a different story about the history and the ideas behind platforms. They are really important to me because so much of the language we use around this comes from North America. One of the things I do in this book is to I challenge the history of platform theory, and also the history of platforms in North America, giving some credit to the Japanese management thinkers who ended up contributing to what became today’s platform economy.

Where does film studies intersect with the business of culture?

MS: For the last decade or so there’s been a growing focus on the film industry, and industry studies is an increasingly prominent subfield in film and media studies.

The approach I take also cuts across different disciplines, including making interventions into the increasingly large field of platform studies, communication studies, and so on. There’s also a trend towards critical business studies. Film studies has a history of engagement with media and technology, offering critical approaches that can help in new contexts.

Do you have grad students working in similar areas?

MS: Yes, several in fact. I have a masters’ student, Colin Crawford, who just completed a fantastic thesis on Netflix. He did a rhetorical analysis of everything Netflix has said about themselves and how it’s changed over time. In fact he received a SSHRC grant for this.

I also have a PhD student, Jacqueline Ristola, studying how global platforms like Netflix have changed the global circulation of Anime. There are niche platforms like Crunchyroll that are big in the diffusion of anime to North Americans. Suddenly, Netflix is not only an anime distributor, it’s also a producer of anime. Netflix uses almost exclusively CGI anime. Traditionally, anime has been 2D heavy so already the original stylistic characteristics of anime are transforming through Netflix’s intervention.

A third student, Aurélie Petit, is looking at the use of anime icons as communicational media on online bulletin boards. These are just three examples, but many of my students are doing platform studies in some respect.

Learn more about the Film Studies program at the Mel Hoppenheim School of Cinema.