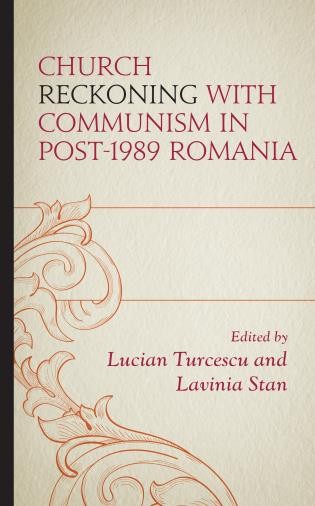 Congratulations to Dr. Turcescu for the publication of his co-edited volume entitled Church Reckoning with Communism in Post-1989 Romania. The present volume focuses on the relationship with Communism of Romania's most important religious denominations and their attempt to cope with that difficult past which continues to cast an important shadow over their present. For the first time ever, this volume considers both the majority Romanian Orthodox Church and significant minority denominations such as the Roman and Greek Catholic Churches, the Reformed Church, the Hungarian Unitarian Church, and the Pentecostal Christian Denomination. It argues that no religious group escaped collaboration with the Communists. After 1989, however, most denominations had little desire to tackle their tainted past and make a clean start. In part, this situation was facilitated by the country's deficient legislation that did not encourage the pursuit of lustration, which in turn did not lead to a serious movement of elite renewal in the religious realm. Instead, a strong process of reproduction of the old elites and their adaptation to democracy has been the dominant characteristic of the post-Communist period.