Centre for Cognitive Science and Linguistics

Ada Lovelace Day is an international celebration of the achievements of women in science, technology, engineering and maths (STEM). It aims to increase the profile of women in STEM and, in doing so, create new role models who will encourage more girls into STEM careers and support women already working in STEM.

The Concordia Centre for Cognitive Science and Linguistics is hosting this year's Ada Lovelace Day talk in collaboration with: 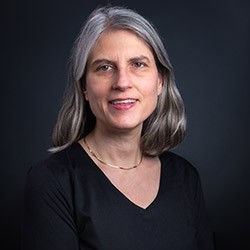 Mitra Hartmann received a bachelor of science in applied and engineering physics from Cornell University, a PhD in integrative neuroscience from the California Institute of Technology, and worked as a post-doctoral scholar at the Jet Propulsion Laboratory in the Bio-Inspired Technology and Systems group.

Ada Lovelace is best known for her notes on the Analytical Engine of Charles Babbage. The engine is a machine that uses movement to compute the answers to mathematical equations. Now imagine a machine whose movements help compute its own next movement. Animals can be thought of as this type of machine. The nervous system of an animal takes as input the current sensory and motor state, and uses that information to compute the commands to be sent to the muscles to make the next movement. Viewed in this way, it becomes clear that the physical body of an animal – including the geometry and mechanics of its muscles and sensors – directly drives the evolution of its nervous system, and vice versa. An animal’s sensory and motor structures co-evolve with its nervous system to enable it to survive within its particular ethological niche.

In this talk Hartmann will first discuss the characteristics of the brain that make it so difficult to study. Why is it taking scientists so long to understand neural function? What’s the hold up? Hartmann will then describe our laboratory’s model system of choice: the rat vibrissal (whisker) system. We are using approaches in robotics, simulation, and neurophysiology to begin to understand the connections between sensing, movement and perception.