The aviation industry faces multiple pressures from higher fuel costs and increased scrutiny over the environmental and quality-of-life impacts from its aircraft. Researchers are looking for new methods of keeping expenses down while improving overall efficiency, and the relatively new market of unmanned aerial vehicles (UAVs) — or drones — is no exception.

UAVs are occupying an ever-growing space in aviation circles. In a new paper published in the journal Composite Structures, Suong Hoa and his student co-authors present a method to make UAV wings cheaper to manufacture and more efficient in flight.

Hoa is a professor of mechanical, industrial and aerospace engineering at the Gina Cody School of Engineering and Computer Science. Using a technique Hoa pioneered known as 4D printing of composites, the authors performed a feasibility study on the application of a new way to manufacture adaptive compliant trailing edge (ACTE) morphing wings. The experimental technology replaces the commonly used hinged wing flap with one that is attached to the main wing body but can bend up to 20 degrees.

“Our paper shows that a UAV using this kind of wing can support a good amount of load for small or medium-sized vehicles,” says Hoa, director of the Concordia Centre for Composites. 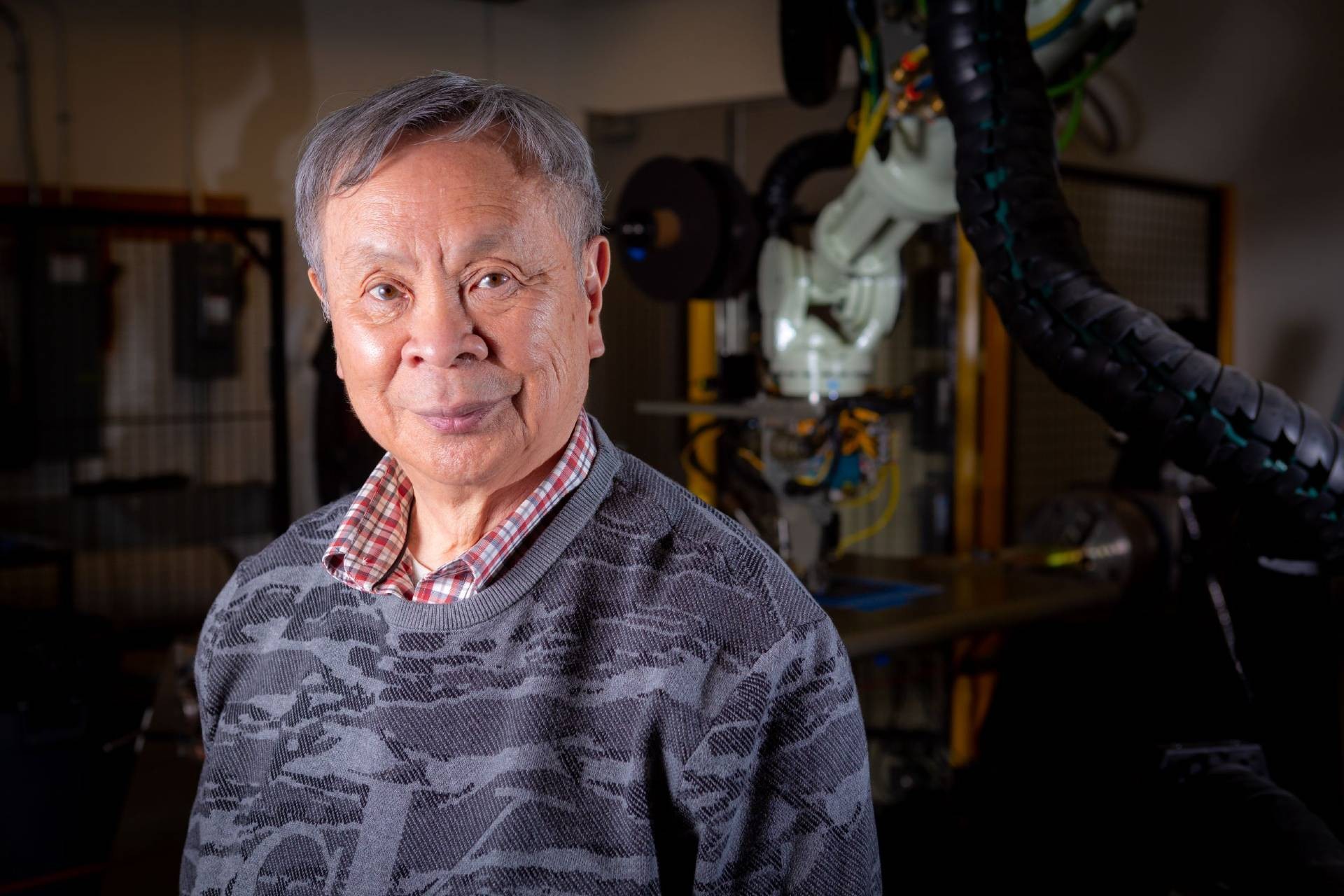 Suong Hoa: “The idea is to have a wing that can change its shape easily during flight, which would be a great benefit as compared to fixed-wing aircraft.”

4D printing is similar to 3D printing except that it changes materials from location to location. The separate material is used because it is reactive to a particular stimulus: water, cold or heat, for instance. Initial printing is done on a flat surface that is then exposed to the stimulus, causing a reaction, and changing the surface shape. The fourth dimension refers to the altered configuration of the once-flat material.

Composite 4D printing is more complex. Rather than using a soft, dough-like substance commonly used by 3D and 4D printers, it relies on a sinewy combination of long, fine filaments held in place by a resin. Each filament is only 10 microns thick — about 1/10th the diameter of a human hair. The 4D composite printer unrolls its filament-resin mixture in ultra-thin layers at 90-degree angles from each other. The layers are then compacted together and cured in an oven at 180˚C, and then cooled down to 0˚C, creating an object that is stiff but not brittle.

As the authors explain in their paper, this allows them to create a section of material with a uniform curvature that is sandwiched in between the wing flap’s upper and lower surfaces. It is flexible and strong enough to support the 20-degree deformation the wing requires for flight maneuverability.

“The idea is to have a wing that can change its shape easily during flight, which would be a great benefit as compared to fixed-wing aircraft,” Hoa explains.

He believes the composite 4D technology has great potential for all manner of applications. Its products’ transportability, he says, is a major draw.

“Because it is flat, it is easy to package to send to remote areas, from Canada’s Far North to outer space.”