Photo by Alexander Popov on Unsplash

The COVID-19 pandemic that shuttered cities around the world did not just affect the way we work, study and socialize. It also affected our mobility. With millions of workers no longer commuting, vehicle traffic across Canada has plummeted. This has had a significant impact on the quality of air in major Canadian cities, according to a new study by Concordia researchers.

A paper published in the journal Science of the Total Environment looked at downtown air quality monitoring station data from Vancouver, Edmonton, Saskatoon, Winnipeg, Toronto, Montreal, Halifax and St. John’s. It compared the cities’ concentration levels of nitrogen dioxide, carbon monoxide and sulfur dioxide measured between February and August 2020 to the figures recorded over the same period in 2018 and 2019. They also used satellite imagery and urban transportation fuel consumption figures to investigate emissions traffic congestion data provided by tracking technology embedded in phones and cars worldwide.

Not surprisingly, the researchers found that emission levels dropped dramatically over the course of the pandemic. The most noticeable drop-off occurred in week 12 of 2020 — the one beginning Sunday, March 15, when national lockdown measures were implemented.

“We saw traffic congestion levels decrease by 69 per cent in Toronto and by 75 per cent in Montreal, compared to the same week in 2019,” says the paper’s lead author, Xuelin Tian, a second-year MSc student at the Gina Cody School of Engineering and Computer Science. Her co-authors include fellow student Zhikun Chen, her supervisor Chunjiang An, assistant professor in the Department of Building, Civil and Environmental Engineering, and Zhiqiang Tian of Xi’an Jiaotong University in China. 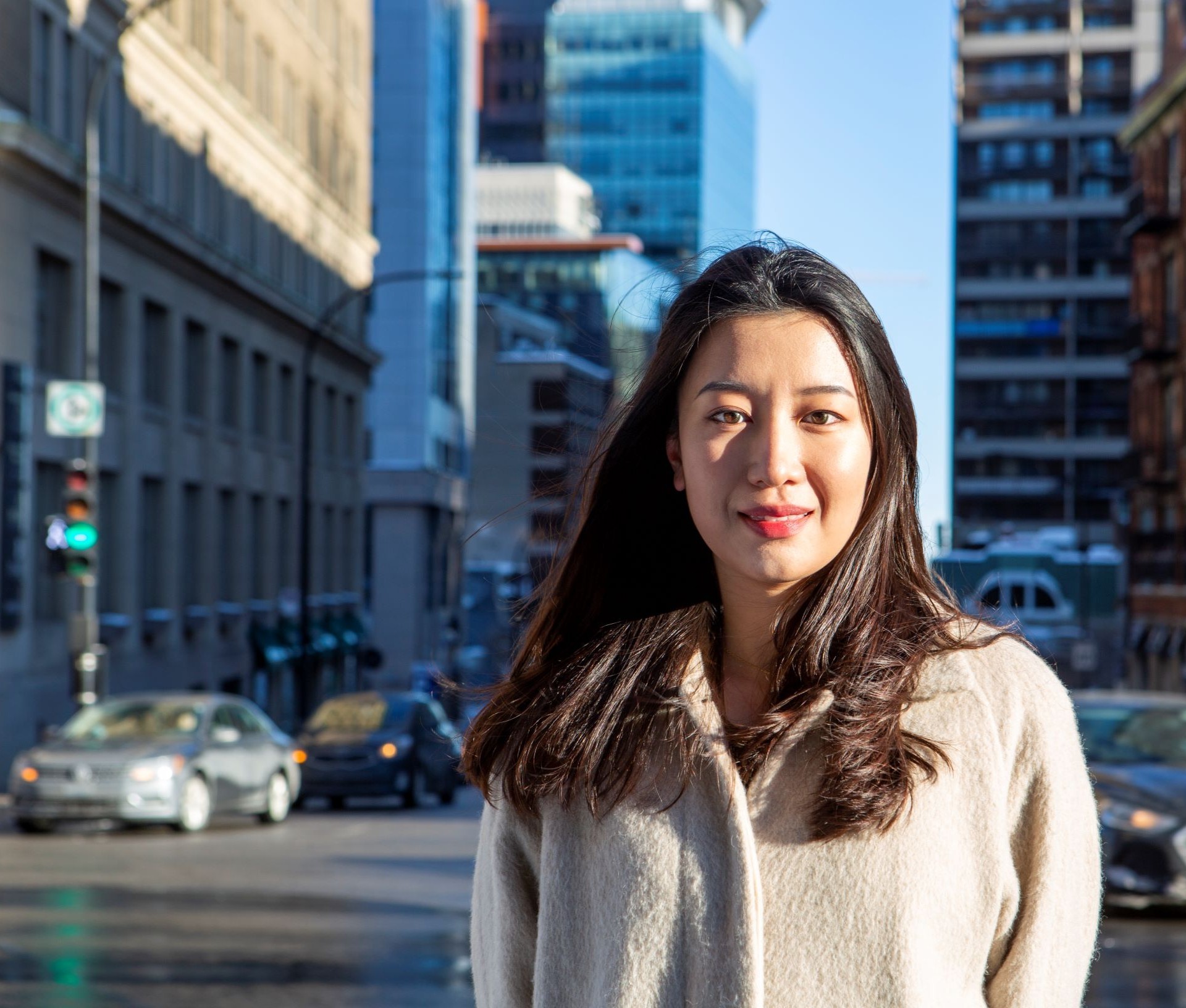 Xuelin Tian: “Traffic congestion levels decreased by 69 per cent in Toronto and by 75 per cent in Montreal, compared to the same week of March in 2019.”

The paper notes that motor gasoline consumption fell by almost half during the pandemic’s early weeks, with a similar, corresponding drop seen in carbon dioxide emissions. Motor gasoline consumption added 8,253.52 million kilograms of carbon dioxide to the atmosphere in April 2019, according to the authors’ data. That number dropped to 4,593.01 million kilograms in April 2020.

Emissions began to grow again over the summer, but the researchers have not yet had a chance to examine data from the second lockdown that began in late fall/winter 2020.

Aside from providing a kind of snapshot of a particularly unusual period, the data can also help governments assess the long-term impact of replacing gas-burning vehicles with electric ones on Canadian city streets.

“This pandemic provided an opportunity for scenario analysis, although it wasn’t done on purpose,” says An, Concordia University Research Chair in Spill Response and Remediation.

“Governments everywhere are trying to reduce their use of carbon-based fuels. Now we have some data that shows what happens when we reduce the number of gasoline-powered vehicles and the effect that has on emissions.”

The Natural Sciences and Engineering Research Council of Canada (NSERC) provided support for this study.

Read the cited paper: “Assessing the impact of COVID-19 pandemic on urban transportation and air quality in Canada.”