Concordia alum composes the soundtrack of Antigone, Canada’s submission to the Academy Awards

Antigone was named best Canadian feature at the Toronto International Film Festival and was submitted as Canada’s entry for the 2020 Academy Awards. | Courtesy of TIFF

The movie Antigone has received a lot of attention lately.

It was named best Canadian feature at the Toronto International Film Festival and was submitted as Canada’s entry for best international feature film for the 2020 Academy Awards.

Jad Orphée Chami (BFA 19) was only 18 years old when he first heard about the project two years ago. A friend told him about an audition that Quebec writer-director Sophie Deraspe was holding at CEGEP de Saint-Laurent.

She was looking for young adults who were not professional actors to play a contemporary version of Antigone’s family coming up against the sometimes-harsh realities faced by immigrants in Canada.

Chami had never acted in his life, but he still went to the audition.  At the audition, he ended up confessing that he had not really come to try out for a role in the production — instead, he told Deraspe, he wanted to compose the music for her film.

Chami provided her with an impromptu piece he had recorded a week earlier.

“I tried my best to keep track of the film’s progression throughout the next couple of months, I was also an extra in one of the scenes to immerse myself even further in the artwork in order for it to clearly reflect on the music I was attempting to create for Antigone,” he says.

The following summer, in a Concordia practice room, with the help of string quartet Andara, Chami recorded what would become one of Antigone's musical themes.

Deraspe emailed Chami to let him know she wanted to collaborate with him on the film’s soundtrack which would later also include co-composer Jean Massicotte's score, as well as hip-hop and folkloric music from Algeria. 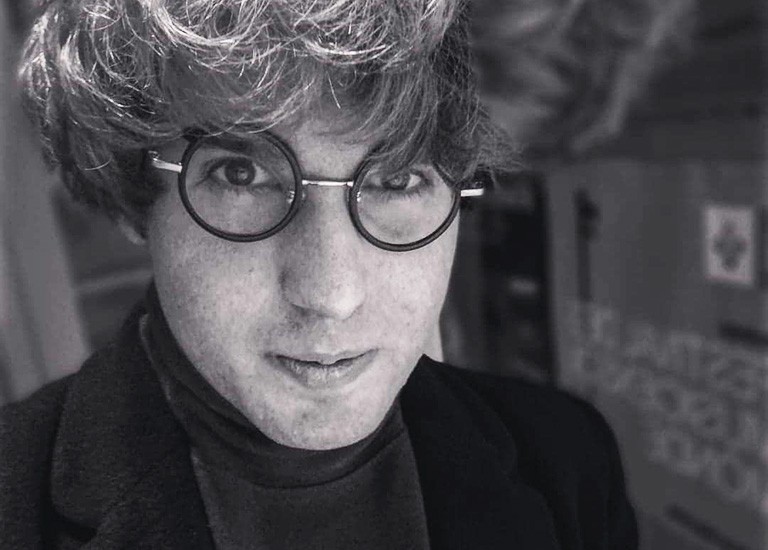 “I think we are very lucky, as young artists in Quebec, to have such a climate where students and young creators can have a platform and be listened to,” says Chami.

Indeed, youth are an integral part of Antigone.

The film recontextualizes the Greek tragedy by Sophocles, setting the story in the streets of Montreal. It follows the tribulations of Antigone, who tries to get her brother Polynices out of prison.

It addresses the identity crisis of its characters who are immigrants in Quebec, as well as the racial prejudices they face when dealing with the authorities.

Chami says the movie really inspired him and connected with his own story of immigration.

“The complexity of carrying multiple cultures and influences often draws the individual and the artist towards the desire of forging an identity rooted in mythology,” he says.

He was “proud and honoured” when he found out that Antigone would represent Canada at the Academy Awards this year. “The film centres on very contemporary and important issues.” 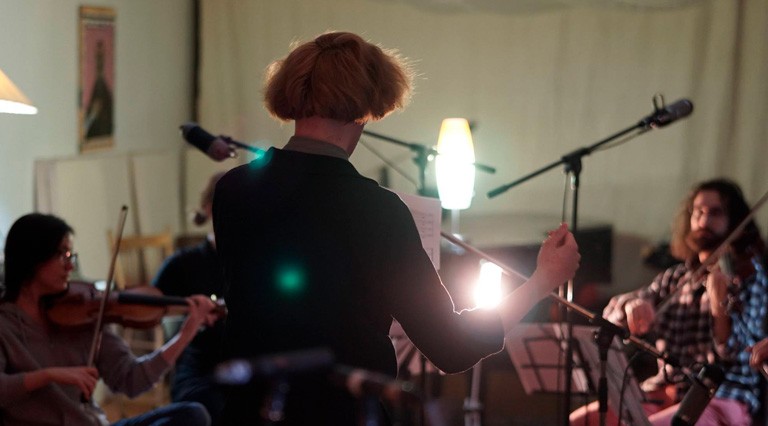 From the recording of the Antigone Soundtrack. | Photo by Sophie Deraspe

While Chami is excited to learn what’s next for Antigone, he has a few other tricks up his sleeve. “I need to keep writing music, and I want to start writing lyrics too.”

The young musician, who first pursued his passion as a pianist, says his BFA in music at Concordia allowed him to take his career in many directions. As a student, his musical studies intersected oral history, for example. He also composed for animated films and documentary theatre, and collaborated as composer and performer with the choreographer Pierre-Marc Ouellette at the École de Danse Contemporaine de Montréal.

Now, Chami wishes to deepen his research of the topic for his master’s degree, which he is starting this month at the École des hautes études en sciences sociales in Paris.

Antigone premieres in Quebec this month at Festival du Nouveau Cinéma and will hit theatres in November.