I want to scream because no matter how much I scream, no one will listen, 2019, by Marie-Claude Lepiez. | Courtesy of the artist

Queer identity, colonial violence and lost or forgotten personal memories are among the themes Concordia artists will explore at IGNITION 15, this year’s graduate student exhibition at the Leonard and Bina Ellen Art Gallery.

The 15th annual show, which runs from April 24 to May 25, features the interdisciplinary works of nine contemporary artists enrolled in Concordia’s MFA in Studio Arts Program and the Humanities Interdisciplinary PhD Program.

Visitors to the gallery can — among other choices — experience paintings that deliberately defy easy Instagram-ability, watch a video juxtaposing documentary footage from Tehran in 1979 and a Rembrandt painting, and take in a sculpture honouring the queer punk feminist movement from the 1990s. 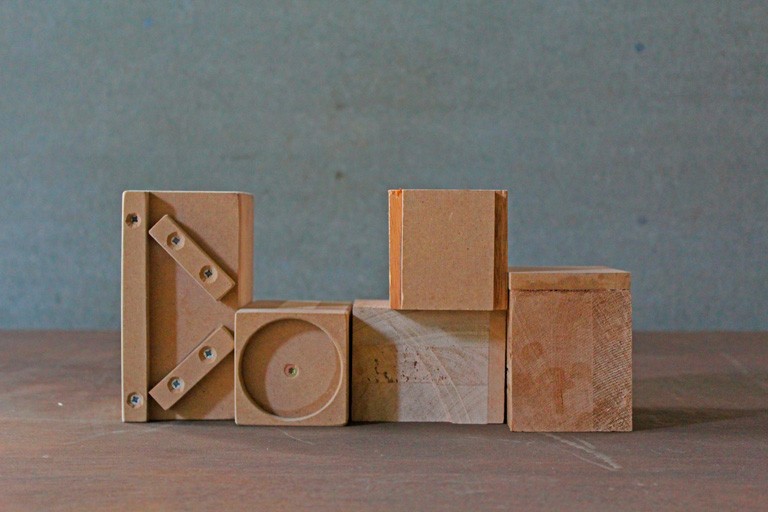 Blocks (made by Achim Hirdes, Exhibition Technician at Städtisches Museum Abteiberg Mönchengladbach), 2015, by Swapnaa Tahmane. | Courtesy of the artist

The exhibit coincides with the end of the school year, making it a particularly jubilant affair.

“Students are very excited about participating in IGNITION,” Thériault says. “It’s a wonderful collaboration with the faculty. It’s a moment every year that’s like a celebration.”

She adds that each of the nine students had proposals that were coherent and rigorous in their artistic investigation.

“When we determine who’s going to participate — and it’s never easy — it’s because they’re pushing the envelope on the discourse that they’re examining or adopting or defending.”

Thériault says that she and Burisch, who brought her background in craft to the guest curatorship, decided not to be prescriptive with an exhibit theme so students wouldn’t feel forced to propose something they weren’t already working on. Even so, connections emerged between the chosen pieces. 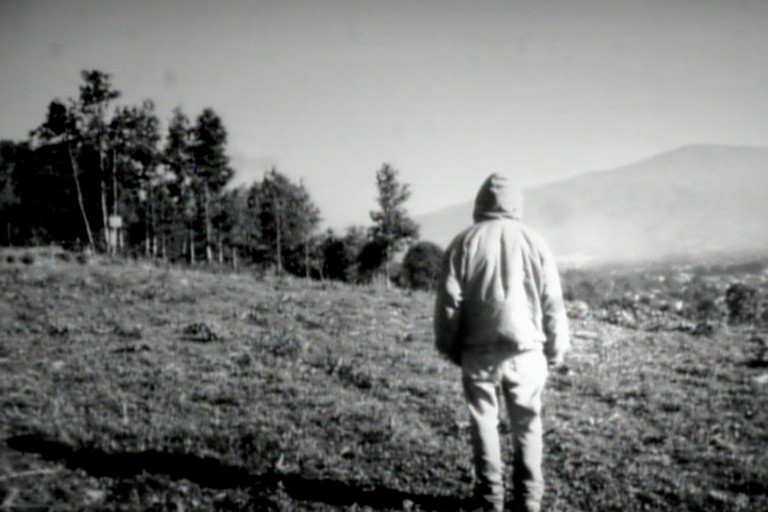 Portrait of a Nation, 2019, by Victor Arroyo. | Courtesy of the artist

“There are threads that appear that don’t necessarily bring together all of the works but bring together some of them,” Thériault explains. She points to the shared minimalism between Gilbert’s performance and Skylling’s wall drawing, and to the political dimensions in Sohrabi's and Arroyo’s short films as examples of those links.

Arroyo’s Portrait of a Nation, a short documentary film and series of photographs, restages the works of 19th-century Mexican pastoral landscape painter José María Velasco using a surveillance camera. The PhD student in the Humanities program worked in collaboration with the Indigenous P’urhépecha community on the video installation.

“I wanted to create a parallel between landscape paintings and current surveillance practices,” says Arroyo, whose work explores issues of colonial governance and violence.

“In my critical reading of Velasco, I see his paintings as early surveillance work because he was among the very few from the Spanish Empire who actually went to these landscapes.”

Arroyo says his documentary and photography share some overlap in content, but also have some critical differences.

“Each piece was filmed in the same landscape and you will notice characters coming across different pieces. But they’re not exactly the same,” he explains. His film explores enforced disappearance and ecocide, and his photo installations look at cultural history and aesthetics through a critical lens.

Arroyo says he wants his pieces to bring some visibility to the P’urhépecha, an autonomous Indigenous community in Mexico.

For Thériault’s part, she hopes IGNITION 15 visitors will be “initiated to new practices and that it makes them want to to further experience contemporary art.”