Ursula Eicker: “This role brings a whole new dimension of possibility in terms of pursuing successful international activities in the area of smart cities.”

Ursula Eicker, a global leader in green urban energy systems, has been named the Canada Excellence Research Chair (CERC) in Smart, Sustainable and Resilient Communities and Cities at Concordia.

The appointment comes with a seven-year, $10-million grant that will allow Eicker to develop and lead an ambitious research program to establish pathways toward new tools, technologies and strategies for zero-carbon municipalities.

She will also be awarded an additional $425,000 from the Canada Foundation for Innovation’s John R. Evans Leaders Fund (JELF), plus matching funds from Quebec’s Ministry of Economy and Innovation and Concordia. The funds will be used to develop an energy management, modeling and visualization platform at the university.

Launched in 2008, the CERC program is funded by the federal government and supports Canadian universities in their efforts to build on the country’s growing reputation as a global leader in research and innovation. The awards are among the most prestigious and generous available globally.

The CERC in Smart, Sustainable and Resilient Communities and Cities was one of only eight chairs awarded to universities across the country for this competition period.

The Honourable Kirsty Duncan, Canada's Minister of Science and Sport, who made the announcement at the Ontario Science Centre on April 17, said that investments to help establish the new Canada Excellence Research Chairs will further the country's reputation as a global centre of excellence in science, research and innovation.

“Our government has a vision of an international research community in which all voices are heard and valued equally. Because we are all better off when the people at the forefront of global research are truly representative of the world that we see today. This talented and diverse group of research leaders is an excellent example of how when we bring together new points of view, we make science and research stronger.”

“On behalf of our entire community, I am proud to welcome Dr. Ursula Eicker to Concordia, and I congratulate her on such an outstanding research funding success and this prestigious appointment,” he says.

“Over the past several years, the university has established itself as a leader in reimagining and reinventing communities and cities, and the appointment of this chair will further strengthen our expertise in this domain.” 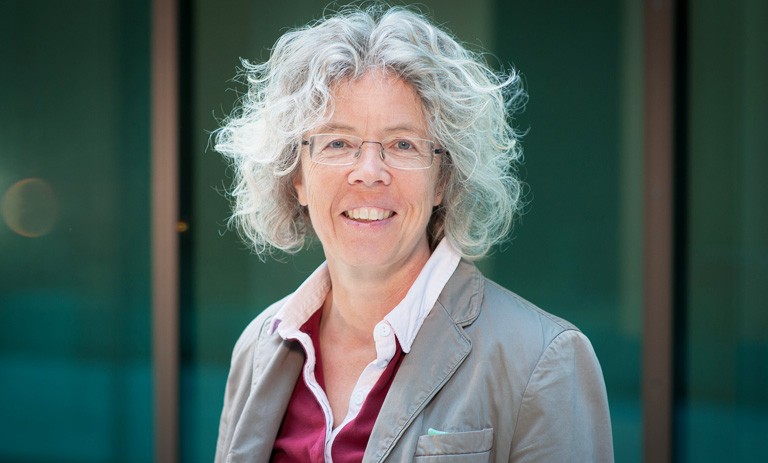 A German physicist, Eicker has held leadership positions at the Stuttgart University of Applied Sciences and its Centre for Sustainable Energy Technologies. She has been leading international research projects in the fields of energy efficiency in buildings and sustainable energy supply systems for more than two decades.

“Being given this role is a great honour and brings a whole new dimension of possibility in terms of pursuing successful international activities in the area of smart and sustainable cities research,” says Eicker, who will take up her position at the Gina Cody School of Engineering and Computer Science in June.

“I’ve never met so many open-minded, creative people than I have in these last months visiting Concordia, which has shown itself to be a progressive learning environment. It seems like the place to be. It’s a big move to change countries, but I’m really looking forward to it.”

As part of its commitment to building research capacity in the area of smart and sustainable cities, Concordia has welcomed five new faculty members who specialize in urban matters, notably biodiversity, ethics, the electrification of transport, the creation of green infrastructure systems and the design of socioenvironmentally responsive cities.