New research examines the use of humour in middle childhood

Nina Howe: “What really struck us was how much humour children use in their play, and the variety of humour they used.”

The next time you’re with a seven-year-old, take a moment to listen to what the child is saying. The chances are good that it will be, at least on some level, very funny.

However, as appealing and fascinating as children’s humour is, it has been remarkably under-studied at the academic level. A new paper co-authored by Nina Howe, professor of education and Concordia University Research Chair in Early Childhood Development and Education, looks to change that by examining how seven-year-olds use humour with their siblings while at play.

The study, “‘H, I, J, K, L, M, N, O, PEE! Get it? Pee!’: Siblings’ shared humour in childhood,” was published in the British Journal of Developmental Psychology. It is a collaboration with postdoctoral researcher Amy Paine of Cardiff University in the United Kingdom. Although Howe has been studying childhood behaviour and play her entire career, she says this is the first time she and her colleague have studied children’s use of humour in an organized, systematic way. 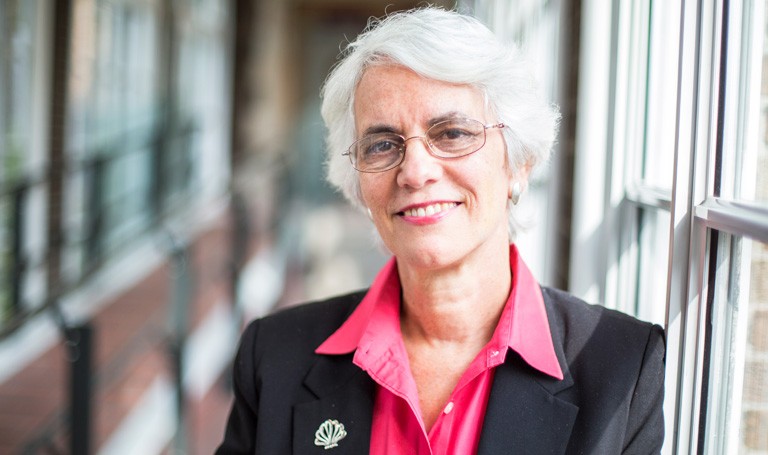 Nina Howe, a professor of education at Concordia.

The pair used existing video recordings compiled by a researcher at SUNY Geneseo in western New York State of 86 seven-year-olds playing with their siblings over 15 minutes. The siblings could be younger or older and of the same or opposite gender, but they were relatively close in age. Some pairs were given a toy village to play with, others a toy train set.

Howe and Paine then developed a coding scheme to capture the different types of humour the children displayed. These were: performing incongruities (describing or enacting something that is not what is expected or normal), word play, sound play, banter (gentle teasing), taboo (potty humour) and clowning.

Finally, they timed the incidences of humour over the 15 minutes they were under observation. Kids, it turns out, are pretty funny little creatures. The siblings spent nine per cent of the observation with one or both children engaged in humour.

Breaking down the jokes

One striking finding the researchers made after examining the data was a gender disparity when it came to the use of humour. They found that brothers used humour the most — more often than two sisters and mixed-gender pairs.

“The boys really focused on the incongruities,” she says. “We have an example of one little guy saying to his brother in his funny little voice, ‘I have cheese in my pocket.’ And the other one just burst out laughing.”

No points for guessing some other types of humour.

“There was a lot of what we called ‘taboo’ humour — bathroom humour is a big thing. And clowning, the silly actions where they do things like wave fingers in the air or make a funny face.”

Howe suspects there are reasons why boys are keener to use humour between themselves than sisters or mixed-gender pairs. Girls, she says, may be socialized to respond or use humour differently than boys, while children in mixed-gender pairs are seeing their individual interests diverge.

“They get the jokes,” she says of same-gender pairs. “They understand the common language and common experience.”

However, siblings, she notes, often have ritualized interaction when it comes to humour.

“They know each other really well,” she says. “They have this long history of play they’ve constructed, so they can go back and draw on things they’ve experienced together. You’ll see this in things like the little games they’ll play. That means they know how to tease each other too!”

“What really struck us was how much humour children use in their play, and the variety of humour they used,” Howe adds. “Surprisingly, we found very little amount of nasty humour. It really was pretty positive. They know how to amuse each other.”

As a researcher, she says this study was particularly fun to work on. “It was very interesting to watch how kids interact with each other and build their play and connect to one another. Because it’s dyadic behaviour, they do it with the expectation that their sibling is going to respond or build on it. It shows how connected they are.”