Photo by Clem Onojeghuo on Unsplash

With the mysteries nestled inside the human cranium enthralling both scientists and non-scientists alike, one hot topic is brain plasticity — the brain’s ability to change and reorganize itself by, for example, forming new connections between neurons.

“The more we know about brain plasticity, the better it will make us at things like rehabilitating stroke victims,” says Virginia Penhune, psychology professor and chair of the Department of Psychology in Concordia’s Faculty of Arts and Science.

To gain more insights into white-matter connectivity, Penhune and Lucia Vaquero, a postdoctoral researcher at Concordia, studied the brains of non-musicians performing short musical tasks, such as repeating rhythms and melodies.

“We found that certain features of the brain actually predict your ability to learn in this context,” says Vaquero. “Most studies focus on musicians, so what’s novel about our approach is that we studied people with no or little musical training. Another novel aspect is the way we use software to virtually dissect the neuroimaging data in a way that allows us to adapt the dissection to the individual anatomical differences of every participant.”

Their results, published recently in NeuroImage, reveal that the volume (size) and structural properties of the arcuate fasciculus (AF) in the right hemisphere of the brain are predicting the musical performance. The AF is a bundle of axons connecting auditory and motor regions of the brain.

“The thicker their AF in the right hemisphere — and only the right — the better participants performed the musical tasks,” says Vaquero. 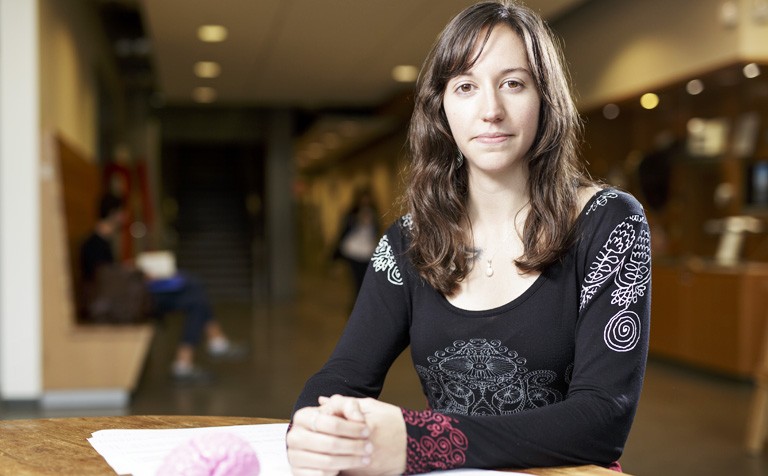 Lucia Vaquero: "We found that certain features of the brain actually predict your ability to learn."

The study was conducted in Barcelona, Spain, where Vaquero gathered 44 adult non-musicians.

After taking an MRI to allow researchers to collect neuroimaging data, participants did a rhythm synchronization test — think woodblocks — and a melody-learning task using a keyboard.

“Next, we took the neuroimaging data and ran deterministic tractography in Diffusion Toolkit,” says Vaquero. A Diffusion Toolkit  is software that helps researchers perform reconstructions and visualizations. “That virtual dissection of the dorsal auditory-motor pathway let us extract the structural characteristics of the AF.”

The study compared the structural traits from the brain scans with participants’ musical results. That’s when Vaquero discovered the connection between music learning and the AF volume and structural organization.

“We isolated different branches of the AF and distinguished their relation to music learning,” says Vaquero. “Specifically, rhythm learning was predicted by the volume of the right anterior segment of the AF, while melody learning was correlated to the microstructural organization of the right AF’s long segment.” 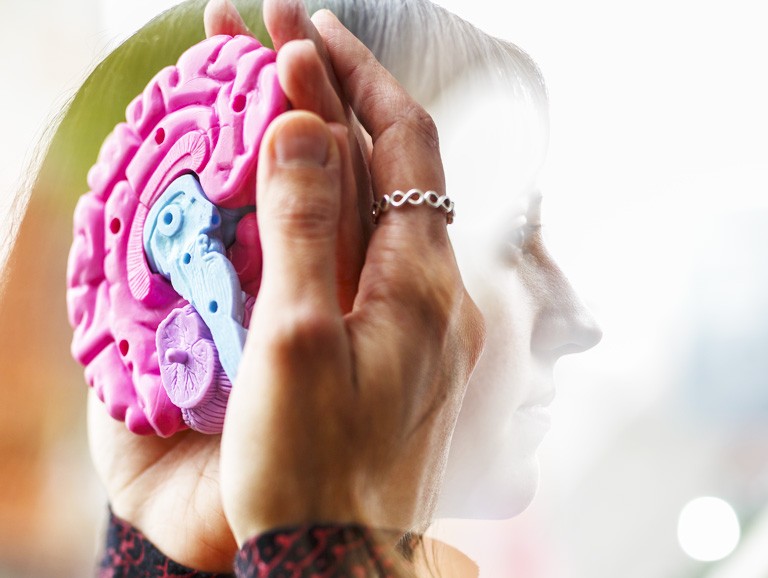 More than the music

“The AF is important because it connects these auditory and motor regions, but it’s also important for speech and other tasks, like language learning, where you want to link up auditory information,” says Penhune, director of Penhune Laboratory for Motor Learning and Neural Plasticity at Concordia.

“So, knowing more about how these links work is important for a better understanding of how the brain works.”