As children turn to tablets and smartphones as sources of entertainment, parents and researchers are becoming increasingly concerned about the effects these devices have on the emotional and social responses of very young people.

Joanna Berzowska, associate professor in Concordia’s Department of Design and Computational Arts and associate dean of research in the Faculty of Fine Arts, hopes her research-creation innovation project will stimulate those responses, while also giving children something to cuddle.

An expert in electronic textiles, Berzowska has developed soft, genderless, anthropomorphic, interactive dolls that respond to a child’s touch with lights, vibrations and sounds. She calls the textile toys Baby Tangos.

While interactive dolls are hardly new, they are usually made of hard plastic with buttons or simple switches. Berzowska’s are unique in that they rely on textile sensors made with smart threads instead of traditional electronics. These silver-coated threads are embroidered into each doll’s fabric in a variety of decorative and functional patterns.

The embroidery allows the sensors to be embedded directly into the textile "skin" of the doll and creates a range of colours, shapes and textures for visual and tactile stimulation. The sensors feel the child’s touch and are programmed to respond accordingly.

“There are different ways of squeezing them,” Berzowska says. “Their sensors are embroidered all throughout the doll. If you squeeze it in a certain way, it will vibrate in a certain way. If you caress it, it will make a different kind of vibration and sound. If you really hold it against your full body, its cheeks will glow.” 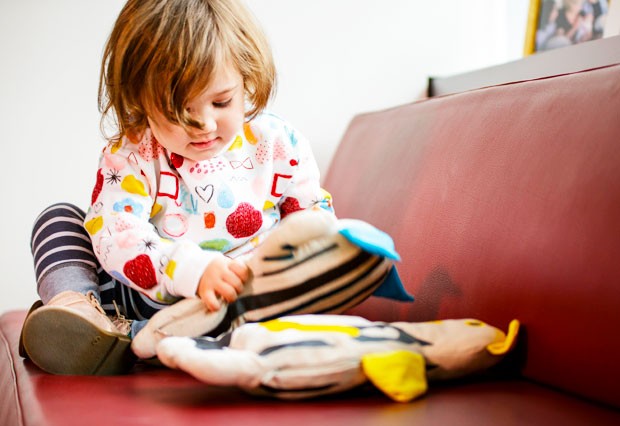 As the dolls are designed to elicit empathy, they can be useful tools for promoting deep emotional responses for children at a time when parents are becoming increasingly concerned with autism spectrum disorders.

Berzowska and her team of students, drawn from the Faculty of Engineering and Computer Science and Faculty of Fine Arts, created the dolls in collaboration with Concordia’s District 3 Innovation Center and the Milieux Institute for Arts, Culture and Technology.

With more than two decades of experience in the field of electronic textiles, Berzowska says she wanted to use new smart textile technologies to create something that was both soft and interactive.

“One of the code words I gave to the team was the ‘illusion of life,’” she recalls. “We wanted to create these little creatures that are completely soft, that children can hold against their whole body and that don’t have any hard plastic edges. At the same time, when you touch them, they’ll react to you — they’ll vibrate or light up or whisper to you.” 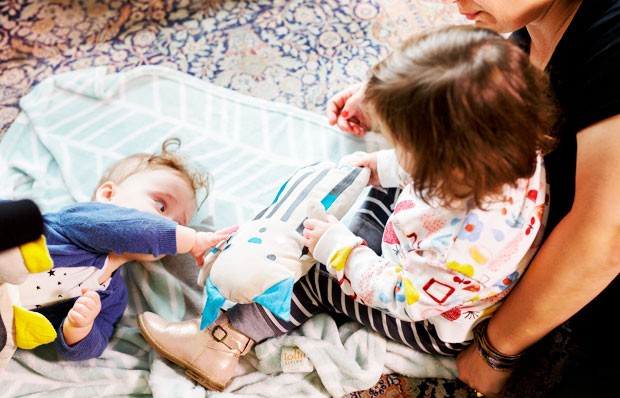 Berzowska says newborns to three-year-olds can use Baby Tangos. Like many toys on the market, they offer a different kind of interaction depending on the age of the child.

“The toy grows with them,” Berzowska says.

There were also several reasons why she preferred working with a soft shell rather than a hard one. Describing herself as “a bit of a tech nerd,” Berzowska gets excited when she replaces a toy’s whole circuit board with just a textile.

“There is a lost opportunity when it comes to plastic toys. Kids just push buttons and the toys make sounds. They teach a simplistic interaction,” she explains. “Because we don’t have buttons but rather a whole continuously embroidered sensor, it becomes much more abstract, much more ambiguous and much more open to children creating their own narratives and explorations.”

“It encourages this kind of full-body contact and the development of feelings of empathy and physical connections with another thing.”

To flesh out the Baby Tangos, each of the five models will be given names and backstories. The first two prototypes are named Mello and Lue.

The dolls are not ready for a mass release just yet — Berzowska and her team want to conduct further research to validate their claims about the toys’ developmental benefits.

Learn more about the Department of Design and Computation Arts.