Computer science grad is all business

Marinella Ermacora knew exactly what she wanted to do with her engineering degree
|
By Jasmin Legatos
Source: University Advancement 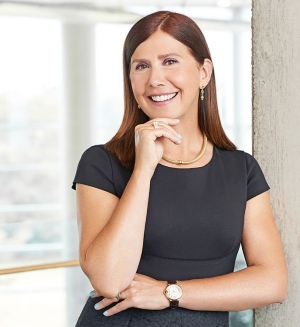 Marinella Ermacora, BEng 82, is president of Createch, a subsidiary of Bell Canada.

Today, a company with no information technology in place is practically unheard of. But when Marinella Ermacora, BEng 82, graduated from Concordia’s computer science program at the Gina Cody School of Engineering and Computer Science, it was the norm. From the onset of her undergraduate degree, Ermacora knew she wanted work at the intersection of business and IT.

“I loved how we could leverage technology to the hilt to help businesses perform better,” says Ermacora, now the president of Createch, a Bell Canada subsidiary that provides companies with a range of services like the implementation of Enterprise Resource Planning (ERP), and asset management solutions coupled with performance optimization.

While at Concordia, Ermacora opted to pursue an engineering degree combined with business classes. “I still remember stepping into the auditorium in the [Henry F.] Hall Building for my first accounting class with 300 people,” she says. “It was overwhelming.”

When she graduated however, Ermacora found she was one of few with her particular academic mix and her skills were very much in demand. “I think I got 10 offers; there were so many opportunities. Companies were flying us to Toronto and Calgary for interviews.”

She landed at Bell Canada as a programmer, where she worked for more than 15 years. From there, she went to CGI Group and then Fujitsu. She was hired to take the top job at Createch in 2014.

“When I came on board, we were facing some challenges. I was recruited to restructure and get back on track. It’s been a journey, and in the last three years, an extremely successful one,” she says.

It’s doubtful that anyone who knew Ermacora during her Concordia days would be surprised at her success. She not only graduated with great distinction but did so while holding down a part-time job.

“It was hard work, but when you’re committed and with the required effort and excellent professors, it became more and more fun,” she adds.

Ermacora fondly remembers late-night study sessions with her computer science buddies. “We would still be at the school when they were closing down the lights!” On weekends, they’d visit one another’s houses. “I’m Italian. We had English, Armenian and Japanese colleagues. On Sunday we would go to my house and my mom would cook us an Italian meal. Then we would go to Tammy’s and her mom would make us Japanese food!”

The engineering faculty and university have changed a lot since Ermacora’s time. For one, she says, the library is much bigger. “It was so cramped, you can’t imagine,” she recalls. She now donates to the library every year. “I went to the new library’s open house. It was amazing.”

If Ermacora could, she would be an eternal student. “I loved the intellectual challenges, exchanges with the teachers.” Though she went out to earn an MBA, Concordia was her foundation. “In a very substantial way, it provided me the base on which I built by expertise and experience,” Ermacora says.