Still time to sign up for fifth edition of Born to Run benefit on May 16
|
By Elisabeth Faure
Source: University Advancement 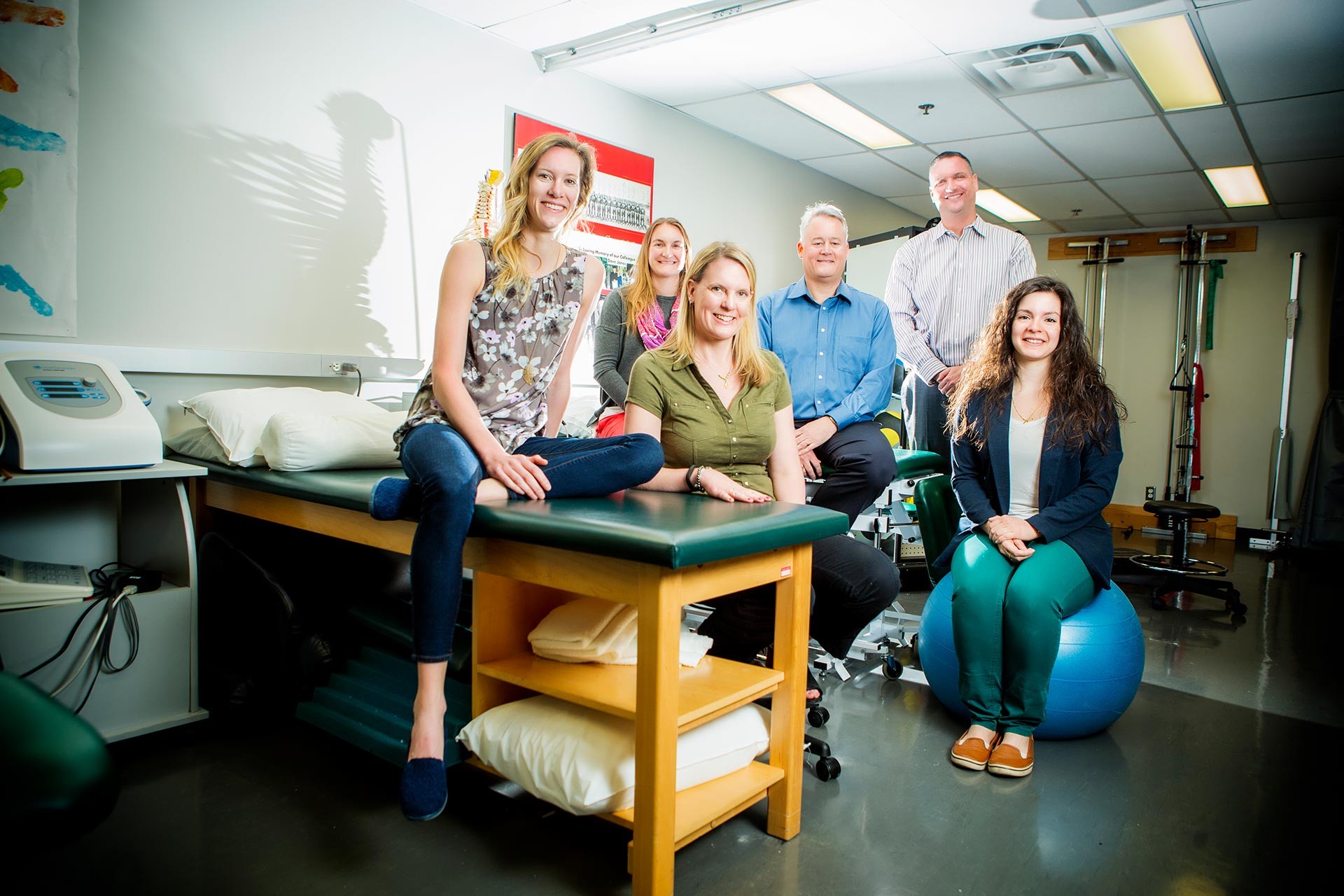 Admission to both the Born to Run benefit and 2019 CREATE Conference is free, but if graduates are unable to attend either, they can still make a secure online donation to the David H. Jones Memorial Scholarship. Donations can also be made on-site in the form of cash, cheque, debit or credit card.

“This has been a big year for us,” says program director Richard DeMont. “Most of the graduates in the athletic therapy profession in Quebec are from Concordia.”

DeMont has been involved with the program since his arrival at Concordia in 1999, and says it’s an exciting time to be around, as the program continues to teach for tomorrow. “We are in the midst of expanding the program to remain competitive within Quebec and Canada.”

The program’s unique Honours program allows students to conduct hands-on research as part of their work, and the Department of Health, Kinesiology and Applied Physiology has a new PhD in health and exercise science starting in fall 2019.

Program instructor Christina Grace, BSc 01, is both a teacher and a graduate, and can testify to the unique benefits the program offers students.

“This department has been an integral part of my personal and professional growth since my entry into the Athletic Therapy program in 1998. My three years as a student helped me build a strong foundation of knowledge on the human body.”

The event features an afternoon of fun team building activities followed by cocktails and dinner, as well as raffle prizes. “We hope to raise $15,000 this year,” says Grace.

“It’s kind of bittersweet that we are commemorating the fifth anniversary of Born to Run, but David Jones was very influential, and I know he would be pleased with our program’s success and that we are raising money to help our students,” says DeMont. “This event is an opportunity for grads to reconnect with staff, faculty and other students they know, and to make a small donation.”

This year’s fifth edition of Born to Run on May 16 coincides with the 30th anniversary of the Athletic Therapy program which will also be celebrated at the inaugural Concordia Research and Education for Athletic Therapy Excellence (CREATE) Conference on May 16 and 17.

“CREATE is a way for us to help promote athletic therapy research done here at Concordia,” DeMont explains. “We’ve also got a couple of well-established Athletic Therapy keynote speakers – Darin Padua and Laurie-Ann Corbin-Berrigan – coming in to discuss the research they do.”

“To me, this 30th anniversary is the time to celebrate my colleagues who have been directly involved in and dedicated to the professional training of our athletic therapy students,” says department chair Véronique Pepin. “These include several full-time and part-time faculty members, lab instructors, teaching assistants and some of our administrative personnel. This anniversary is their time to shine.”

Pepin says she is looking forward to celebrating all the good news with former and current students.

“30th anniversaries are commonly symbolized by the pearl, a precious stone that is difficult to reach. I therefore see this 30th anniversary as an invitation for all of us to fully appreciate and celebrate this ‘pearl program’ of ours!”

With files from Richard Burnett.

Join us at Born to Run!