Florence Gagnon’s Lez Spread the Word taps into the power of print
|
By Ursula Leonowicz
Source: Advancement and Alumni Relations

As more and more readers find their content online and print magazines struggle to survive the digital age, Lez Spread the Word — a bilingual print magazine published annually — goes against the grain.

“There are currently only three or four major lesbian magazines in the world, and Lez Spread the Word is one of them,” says Florence Gagnon, BFA (photo.) 11, co-founder and president of the magazine. Lez Spread the Word has published two issues since 2016, with a third scheduled for publication in fall 2018. 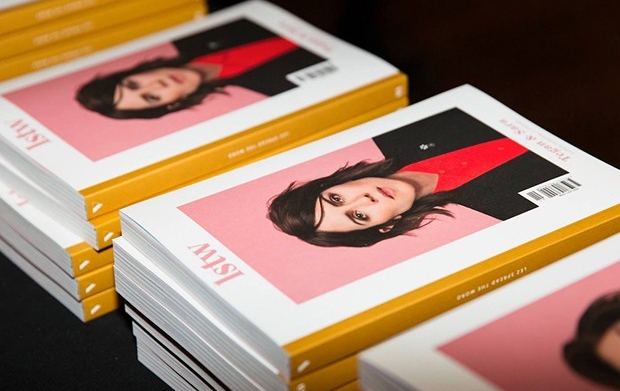 The first issue of Lez Spread the Word had two covers, each featuring one of the twin sisters of the Canadian indie band Tegan and Sara.

“It was important for us to create an archive of lesbian culture for future generations, which is one of the reasons we turned to print. The web is so ephemeral, and we wanted to create something more tangible.”

In Montreal, the first issue launched at Never Apart, a non-profit cultural centre dedicated to social change, while the second launched at the Bibliothèque et Archives nationales du Québec (BAnQ). There were also events in at the Pavillon Pierre Lassonde du Musée national des beaux-arts du Québec in Quebec City, at the MoMA PS1 in New York City, and in Toronto at the Glad Day Bookshop, the oldest LGBTQ bookstore in the world.

Gagnon founded the magazine, which started as an online resource for lesbians in 2012, along with Chloé Robichaud, BFA (film) 10. The two met at Concordia. Robichaud’s film Sarah préfère la course screened at the 2013 Cannes Film Festival.

“We both felt like the LGBT community, especially the lesbian community, was missing positive role models and artistic outlets; so we wanted to create a platform that helped democratize the community through culture,” says Gagnon.

“Lez Spread the Word is a mix of the artistic side of my background as well as the identity side; it’s something I created to fill what I perceived to be a void in the community.” 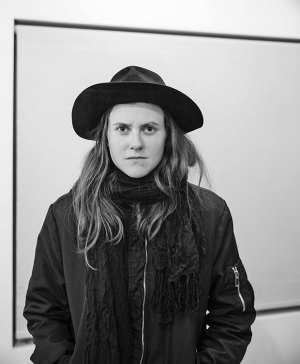 When Gagnon started at Concordia she was struggling with a number of personal issues, including her identity and the fact that she was a francophone in a predominantly anglophone environment.

“The timing of everything meant that I ended up defining who I was as a person while I was at Concordia,” she says. “I met so many people — people from all over the world — while I was there and many of them are now people I collaborate with on a professional level, daily.”

Even though she graduated in photography and isn’t as involved in the field as she once thought she might be, Gagnon credits her experience in the program with the confidence she has in herself. “My background at Concordia and the confidence I gained while I was there, as well as the people I met and surround myself with now, are all huge pluses for me,” she says.

“My studies helped me believe in what I can accomplish, and myself, and taught me that there was a world of possibilities ahead of me.”

Gagnon’s Department of Studio Arts professors such as Jessica Auer, BFA 01, MFA 07, and Marisa Portolese, BFA 94, MFA 01, were particularly influential — and inspiring. “The whole program was focused on exchanging ideas and a lot of my teachers were artists in their own right, so it was very inspiring,” she says.

Since Lez Spread the Word, Gagnon and Robichaud have gone on to create a webseries called Féminin/Féminin, which follows a group of lesbians dealing with life and love. The series debuted online in 2014 and has since been picked up by ICI Tou.tv in Quebec and France Télévisions. It won two Gemini Awards in 2015 and has garnered more than two million views online. It’s currently in its second season.

“Concordia was a great program for me because I had some pretty unconventional ideas and I wanted to create something that was representative of my mood, which was one of revolt,” Gagnon says.

“In the end, I was able to create something positive that could have helped the young girl I was at the time.”