The parents of the Concordia business student fled war in Sri Lanka to give their children a better life in Canada
|
By Marta Samuel
Source: Advancement and Alumni Relations

Kurusoth Vaithilingam is a first-generation Canadian. His parents came to Canada after fleeing war in Sri Lanka — his father in 1983, followed by his mother in 1992. Like many immigrants, they came with high hopes of providing a better life for the next generation.

In his first year at Concordia, Vaithilingam received the Richard T. Stilwell Sr. Memorial Entrance Bursary, destined to support students in financial need. Now in his second year, he has transferred into the accountancy program at the John Molson School of Business (JMSB).

Receiving the bursary motivated Vaithilingam to excel in his studies. “The bursary was a huge help — it allowed me to really focus on my school work, rather than thinking about the financial burden of going to school,” says Vaithilingam. “I was able to put more time and effort into my studies.”

Vaithilingam was happy to receive the financial support, yet knew how much more it would mean to his parents. “When my parents moved here, their plan was to give my brother and me a better education,” he says. “I know they were relieved that I wouldn’t be dependent on a loan. This is a true blessing.”

Thankful for the support of strangers

Inspired by his parents’ move to a new country, Vaithilingam wants to chart new territory and become an entrepreneur. He aims to open a business consulting service to help new immigrants to Canada settle in and start their own enterprises.

Though he has never met the person who supported him in his first year at Concordia, Vaithilingam is grateful. “I’d love to shake the donor’s hand and truly say thank you,” he says. “The bursary means a lot to me — it helped me get through my first year with good grades so that I could transfer into JMSB.”

Vaithilingam says he chose Concordia because he knew JMSB had a great reputation and wanted to be associated with it. Thanks to the Richard T. Stilwell Sr. Memorial Entrance Bursary, he’s doing just that.

“Knowing that someone took the time to give to Concordia — to students like me — I’m just so grateful.” 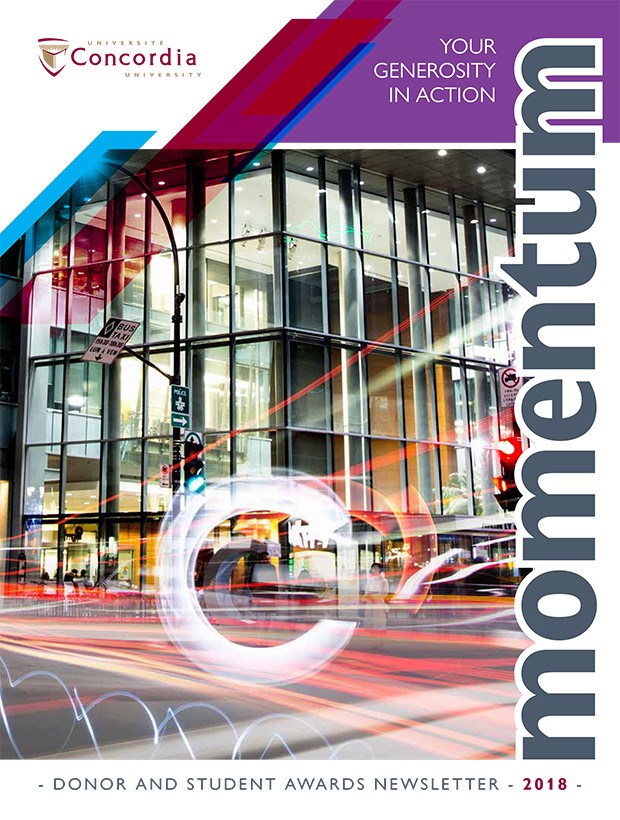