Tickets to the new Harry Potter play set to open in London in June have already sold out well into next year.

That puts just a bit of pressure, to say the least, on the production team — including set designer Christine Jones, BFA (design for the theatre) 89. 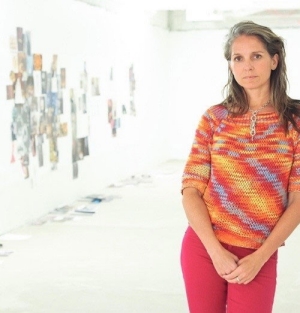 Christine Jones is designing the sets for the London stage production of the highly anticipated Harry Potter and the Cursed Child.

A year ago the Manhattan-based theatre designer was offered an opportunity of a lifetime — to create a magical set for Harry Potter and the Cursed Child, the premier play about an aged Harry based on the eighth story of the blockbuster series by author J.K. Rowling.

Jones has already created the half-inch model of what is sure to be a fantastical set — she’s not revealing anything yet — and is packing and organizing her life to head to London to immerse herself in all things wizardly from February 15 until August.

“It’s not conventional that a designer is at all rehearsals, but the project is so epic and a once-in-a-lifetime experience,” Jones says.

“So I felt like I wanted to be immersed in the process and the work would be better if I was able to be devoted to it. Not to mention the fact that my kids are the exact right age. For them to see it all come together will be quite exciting.”

Indeed, Pilot, 11, and Ever, 8, will no doubt be the envy of many a Harry Potter fan, with their inside peek into the play, in which Harry is now “an overworked employee of the Ministry of Magic and the father of three children,” according to the play’s website.

Jones’s canvas for the next several months will be the stage of London’s Palace Theatre, where Les Miserables played for 19 years and a structure Jones describes as “perfect.”

“It’s a freestanding building that looks like something out of that world, sort of Hogwortian,” she says. “We got very lucky, it’s a great space for it.”

While Jones has met author J.K. Rowling, whose first Potter book came out in 1997, she says she hasn’t meddled in the creative juices of those putting the play together. “She’s been a very generous collaborator,” Jones says. “She’s not writing the play but is involved in the story consultation, so she certainly has a say in it.”

This big break is understandably exciting for Jones, who admits that being an artist, as well as being married to one (her partner is an actor), isn’t easy. 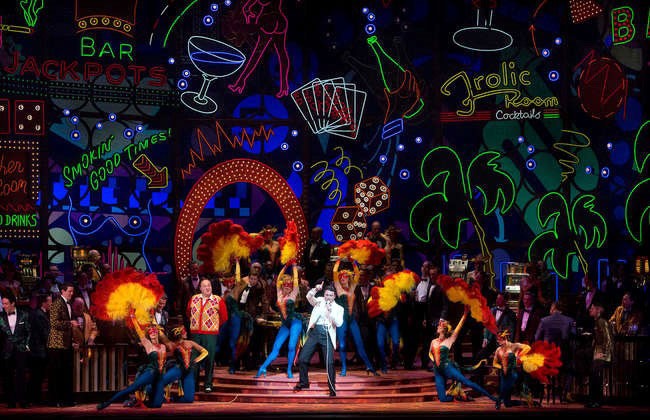 “There are times when I certainly miss Montreal,” she admits. “And I have to say still, even this far in, being a freelance artist in New York City with two kids, there are days when I say, ‘Oh my God, this is insane.’ It’s just crazy how it fluctuates year to year.”

Jones won a Tony Award in 2010 for her scenic design of the musical American Idiot, a stage adaptation of punk rock group Green Day’s album of the same name. Her innovative Theatre for One, in which one actor, musician or dancer performs for one audience member in a theatre the size of a booth, was listed as one of the 10 top theatre events of 2015.

When her London adventure ends, Jones will participate in Concordia’s Women and Leadership lecture series, called Corner Office, in the fall. Professional women like Jones will share their experiences with new graduates. It’s hoped there will be two lectures per year per city.

“I know her from high school and she is just the nicest person,” says Leisha LeCouvie, senior director of Concordia Alumni Relations. 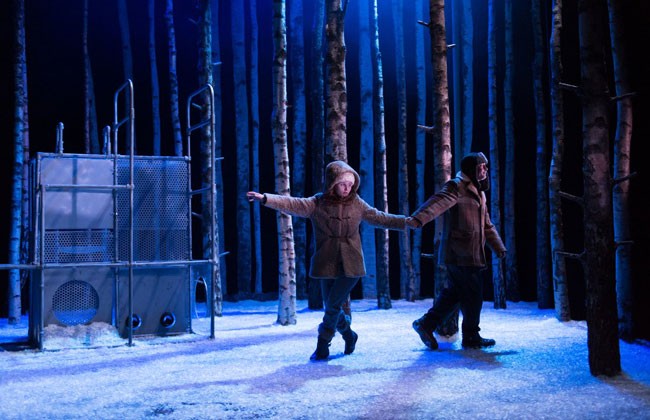 Her set for Let the Right One In at St. Ann's Warehouse in New York City.

Even though Jones did her master’s degree at New York University, she credits Concordia for much of her success.

“I teach at NYU and I continually am part of the process interviewing undergraduate students from all over the country wanting to go to graduate school, and I still feel like the training I got at Concordia is unparalleled,” she says.

“I still feel it’s one of the strongest undergraduate programs there is in theatre design. It really made a difference between being a real theatre artist, the training was well-rounded and nourished the ‘fear artist’ within.”

And she has some wise words for grads when it comes to success. “I think it’s not so much confidence as fearlessness, and eventually you learn that you will find the solutions if you just stay the course.”