In the 25 years that have passed since Montreal’s École Polytechnique massacre, when 14 women were killed because of their gender, Francine Pelletier wonders whether feminism has truly progressed.

On March 27, Pelletier delivered the Reader’s Digest Lecture Series in Journalism, called “Breaking the silence 25 years after École Polytechnique: women, violence and media.” It was followed by a Q&A with former Montreal Gazette reporter Sue Montgomery and co-creator of the #BeenRapedNeverReported hashtag, which achieved 10 million postings.

A veteran journalist and filmmaker, Pelletier traced feminism’s rocky road — from its labelling as “dangerous” by detractors in the 1980s to its nadir in the 1990s when the movement “had become a bit of an F-word,” she said.

“Despite visible progress, the past 25 years have not been that kind to women,” said Pelletier. “After Polytechnique, the feminist revolution — not only here in Quebec but elsewhere as well — definitely stalled.”

She ran the gamut of feminist themes, from the media’s “hypersexualization” of women to allegations against Jian Ghomeshi, the CBC-fired radio host.

Pelletier said “women have made great strides” since her generation “took to the streets” 40 years ago. Yet their gains in key quarters — as a “vital part of job markets” and “increasingly the majority in university classrooms” — are offset by losses elsewhere.

“I think violence against women is the Western world’s dirty little secret. By secret, I mean shoved to the margins, not taken seriously.”

Pelletier believes the persistence of such behaviour is a means of constant intimidation, “a way of keeping [women] down.”

“Women will never be fully equal as long as the threat of sexual and domestic violence persists,” said Pelletier.

After showing her audience a clip of a New York City woman enduring the taunts of men on the sidewalks of Manhattan, Pelletier asked: “Has nothing changed? Why are women still fighting for equal rights? Why are they still being harassed on the street?”

The good news? “Feminism is coming back because of it.” 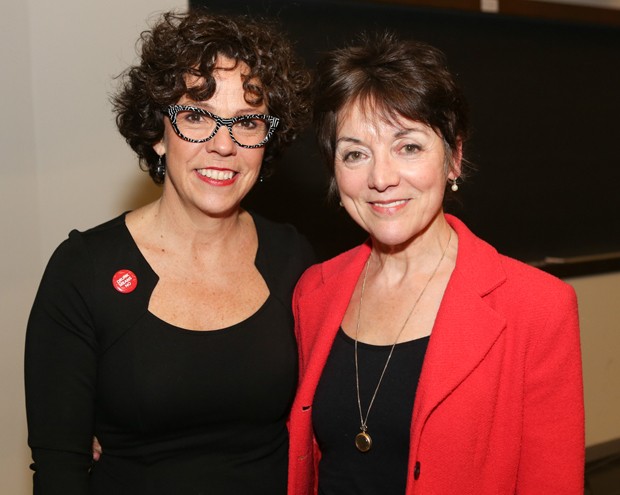 The sell-out lecture was organized by Concordia’s Advancement and Alumni Relations in collaboration with Department of Journalism.