‘This award is Chaudhri’s vision to create a lasting impact despite her terminal diagnosis — a legacy that will concretely benefit the careers of emerging scholars from diverse backgrounds’
|
By Ursula Leonowicz, BA 97
Source: University Advancement 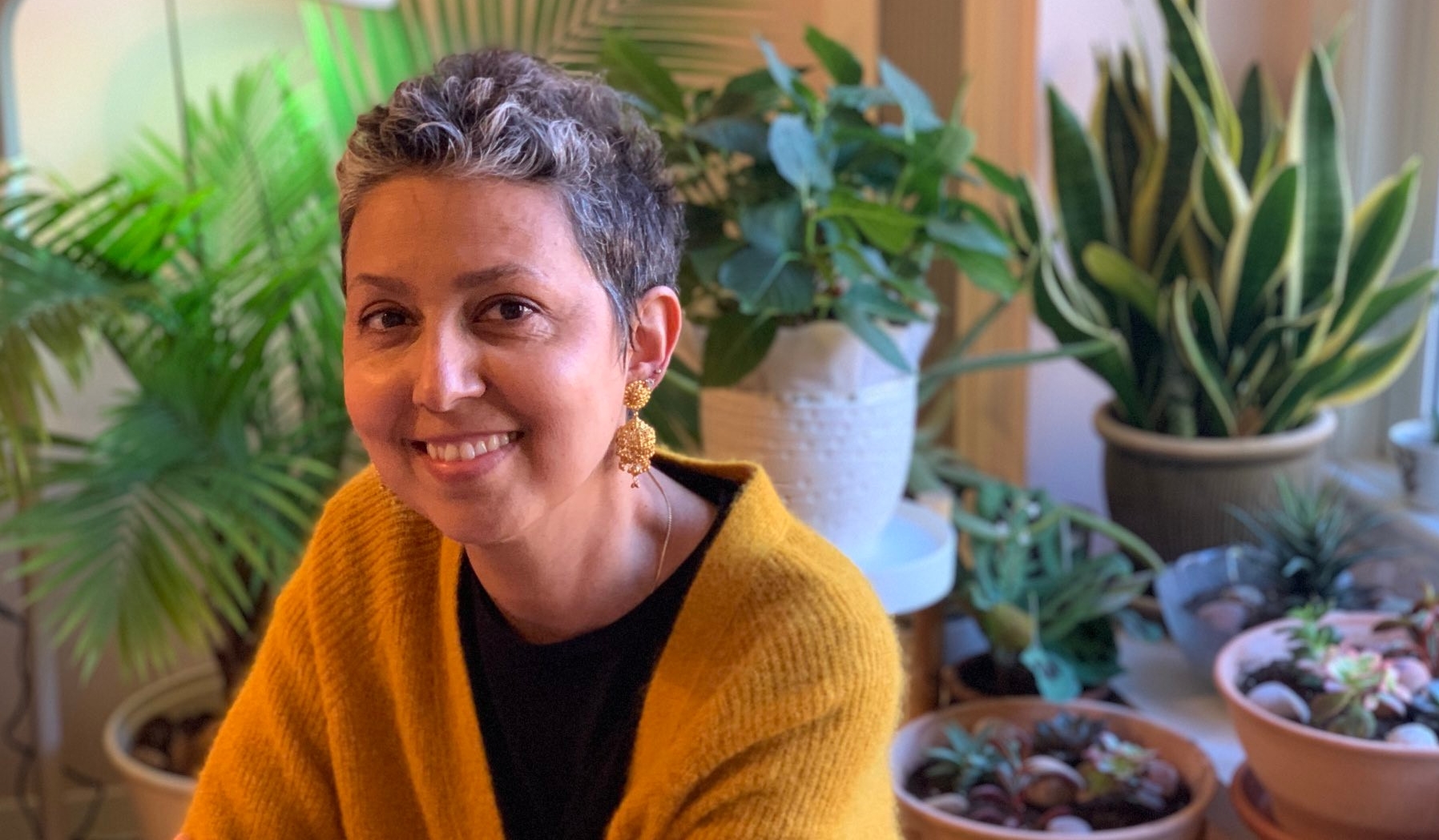 “Through the award, students who face systemic barriers due to various forms of prejudice will get a leg up if they desire to pursue graduate studies in behavioural neuroscience,” says Nadia Chaudhri, pictured in a photo taken by her six-year-old son.

At the age of 42, and at the peak of her scientific career, Nadia Chaudhri received a terminal diagnosis in 2020 that altered the course of her life.

“When I realized that being diagnosed with advanced ovarian cancer meant I would have to shut down my laboratory, I was devastated,” says the Department of Psychology associate professor.

“Not being able to contribute to research in my field was a huge blow. But I was also just waking up to the nuances of what it meant to be from a diverse or underrepresented background in my field.”

Rather than dwell on the negative, Chaudhri — who was also a member of her department’s Diversity, Equity and Inclusion (EDI) committee — concentrated her energy into establishing the Nadia Chaudhri Wingspan Award, using Concordia’s FundOne crowdfunding platform.

“Through the award, students who face systemic barriers due to various forms of prejudice will get a leg up if they desire to pursue graduate studies in behavioural neuroscience,” says Chaudhri, whose research focuses on drug and alcohol abuse and addiction.

Men have traditionally dominated the field of neuroscience, and women continue to face barriers when trying to publish research or apply for research grants. Scientists who identify as members of underrepresented groups — such as Black, Indigenous and people of colour (BIPOC) — face further challenges. Chaudhri hopes the award will help students who might not be able to enter the field otherwise.

“Studies have shown that students from marginalized groups are less likely to continue in science,” says Aaron Johnson, associate professor and chair of the Department of Psychology. “This is often due to financial constraints and the inability to spend time in a research lab due to working a job to pay for school or to support their family.

“Dr. Chaudhri is an outstanding research supervisor and mentor who has gone to great lengths to promote and support students from diverse backgrounds to overcome some of the barriers that she herself encountered as a trainee.”

The long road to research 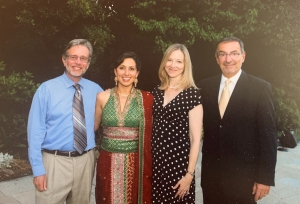 Chaudhri alongside her research mentors at her wedding in 2009.

Born and raised in Karachi, Pakistan, Chaudhri applied to Franklin & Marshall College in Pennsylvania when she was 17 years old. The college sent its dean of admissions to Pakistan to interview applicants, including Chaudhri for her Bachelor of Science.

She was offered a full scholarship that helped her pay the yearly $31,000 USD tuition, room and board at the college. When she graduated, Chaudhri became the first female recipient of the Williamson Medal, awarded to one member of the senior class for outstanding academic and extracurricular achievement.

“When I gave talks or presentations, people often commented on my accent instead of my science,” Chaudhri recalls about her experience as a graduate student.

“When I pierced my nose, something I did to celebrate being Pakistani, a senior female faculty member told me that the piercing would prevent me from getting a faculty position.”

Chaudhri joined Concordia’s Faculty of Arts and Science in 2010 where she led an active research lab fuelled by student mentorship. “But visiting speakers, invariably older white men, would ask me whose lab I was in,” she says.

“The cumulative effects of having to defend your right to be where you are can be demoralizing. The strain of having to do this all the time is one reason why women drop out of science and academia.”

An advocate for emerging scholars from diverse backgrounds, Chaudhri recently launched a successful GoFundMe fundraiser for young scientists to participate in the annual Research Society on Alcoholism conference. The fund has amassed $193,000 USD to date.

“Despite all the challenges of her diagnosis and treatment, Nadia has continued to be an inspiration to so many,” says Krista Byers-Heinlein, a Department of Psychology colleague. Together, Chaudhri and Byers-Heinlein launched PsycHacks, a space for students to discuss topics such as work-life balance, mental health and career development.

“The Wingspan Award is her vision to create a lasting impact despite her terminal diagnosis — a legacy that will concretely benefit the careers of emerging scholars from diverse backgrounds who want to study behavioural neuroscience at Concordia.”

Since receiving her diagnosis, Chaudhri has taken to Twitter to chronicle her journey, including telling her six-year-old son she’s dying from cancer. Her tweets have garnered a tremendous amount of support on the social media platform, where she has more than 44,700 followers.