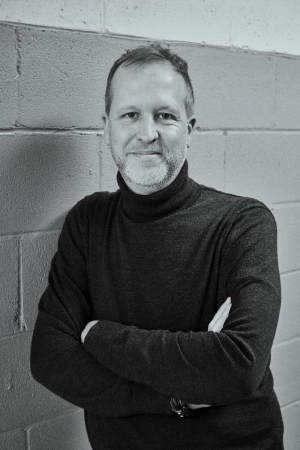 For Yanick Létourneau, BA 96, having a film shortlisted for an Oscar nomination is as fantastic as the tale of the film itself, Night of the Kings (La nuit des rois).

His Montreal-based production company, Peripheria, co-produced the film, which gained recognition from the Academy of Motion Picture Arts and Sciences in the International Feature Film category.

“When I read the script, I felt this film had that spark that made it different from anything else,” Létourneau says.

The Ivory Coast movie, directed by Philippe Lacôte, is about a young man who is sent to the notorious Abidjan prison, MACA (Maison d'arrêt et de correction d'Abidjan), on the eve of the storytelling night of the red moon. He is chosen by an inmate leader to spin a tale for the prison’s power-hungry factions to last the night’s duration — or face death.

The film is not violent, but immersive and poetic, according to Létourneau. “You’re in another world. It’s somewhere between a theatre play and an ambitious tent-pole Hollywood film.”

For the production of Night of the Kings, Peripheria provided many key roles, such as director of photography, editor, composer, sound design and lighting. Létourneau is proud of how his crew’s technical know-how helped to bring the director’s ambition to life. And in what already feels like an Oscar win, Neon — the film and distribution company that backed Parasite, last year’s South Korean Oscar-winner — is distributing Night of the Kings for North American audiences. 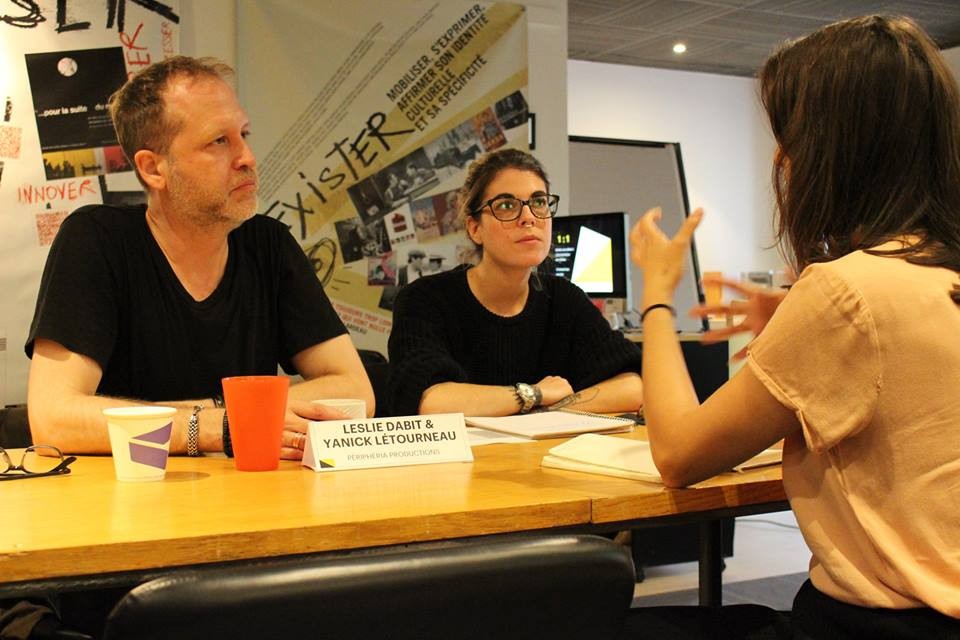 Absorbing it all at Concordia

Létourneau grew up in and around Ottawa, moving to Montreal to attend Cégep de Saint-Laurent for its strong technical cinema program. Wanting to branch out in university, he chose the Communication Studies program at Concordia with a film specialization — and it ended up being a good fit.

Létourneau says he was like a sponge, absorbing psychology, sociology, semiology and cultural studies, while learning how a film reveals as much about whoever is behind the camera as who’s in front.

He credits the late Harry Gulkin — who taught Létourneau film production at Concordia — “an old-school Montreal English producer who worked on amazing films,” to opening his eyes to the creativity, responsibility and importance of the role of producer. While directors are locked into one project that can last years from conception to marketing, a producer can work on many projects at once, Létourneau says.

He cites the Race, Ethnicity and Media course as particularly influential. “That was in 1994! In Quebec, we’re only starting to talk about that publicly now,” he says. As an activist with a long-standing interest in world politics, Létourneau is spurred by his early enthusiasm for a wide variety of music and cinema. When he was young, he had worked at Montreal’s Vues d’Afrique cinema festival, and visited his mother when she lived in Burkina Faso — both life-changing events.

“Quebec is behind when it comes to race and representation in the media, in front of the camera and behind,” he says. His goal for Peripheria is to have at least 30 per cent of crew and film content be Black, Indigenous and People of Colour and LGBTQ+.

‘We need to recognize all the talent we have’

After graduation, Létourneau volunteered as a camera operator in community television, eventually getting paid gigs working on documentaries for smaller production companies, then landed at Cinar Films. When that company collapsed under the weight of a fraud scandal, Létourneau started Peripheria in 2000 with Diego Briceño-Orduz, starting out shooting hip hop music videos.

Létourneau’s first feature as a producer and director was Chronique Urbaine, an intimate, closely collaborative documentary about Montreal’s South Shore hip hop artist of Congolese descent, Kamenga Mbikay, alias SP. “He managed to sell 35,000 albums, yet nobody had heard of him in mainstream Quebec media,” he says.

He adds that he is frustrated by the seeming invisibility of Black and brown musical artists in Quebec. “Only a very narrow portion of that talent is being put forward and celebrated,” he says. “It’s such a loss — for youth, for Quebec culture, for francophone culture. We need to recognize all the talent we have.”

Létourneau wants to help bring more voices, points of view and diversity to a broader audience. He is currently working on a film with activist and documentary filmmaker Will Prosper about systemic racism in Quebec, through the story of Fredy Villanueva, who was shot by police in Montreal North in 2008.

“Because I’m a white person, privileged to have schooling and a really good network, I want to put that to use to help change the world we live in, or at least in Quebec.”