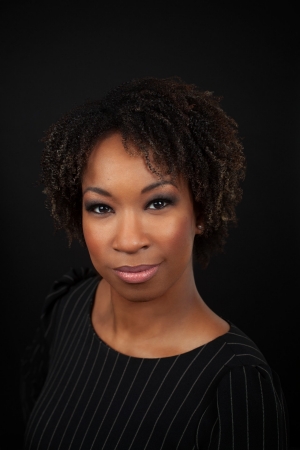 Department of Journalism alumna Maya Johnson, BA 06, is set to embark on a career milestone as the new anchor of CTV Montreal. When she assumes the role in March, Johnson will be the first Black woman at the helm of the newscast.

Currently serving as Quebec City bureau chief and an occasional fill-in anchor, Johnson returns to the Montreal newsroom following the departure of long-time anchor Paul Karwatsky, BA 04. She began her career at CTV in 2005, becoming the station’s youngest reporter at age 21.

Last year, Johnson reached a tipping point after the death of George Floyd at the hands of Minneapolis police. The murder compelled her to write an opinion piece titled “For Black people, pain often hidden is now in plain sight.”

“I just couldn’t sit back anymore,” says Johnson, who believes that while a certain level of detachment is necessary in her profession, the best storytelling is also informed by empathy.

“The reaction to the piece, which described the realities of being a Black journalist and what it’s like to cover issues of race, was very moving. When it was announced that I would be taking this anchor position the reaction was very overwhelming, too; it was an outpouring of positivity.” 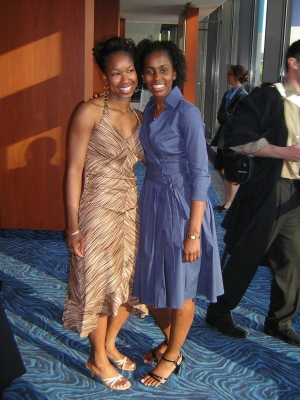 At Concordia, where Johnson excelled as a student in the Department of Journalism, the seeds of a successful career were planted.

“I wasn’t even in his class anymore when [journalism instructor] Bob Babinski told me about an internship opportunity at CTV News, or CFCF, as it was known at the time,” says Johnson.

That internship, part of a federally-funded program for visible minorities, gave Johnson the opportunity to put classroom theory to the test while picking up new skills — such as patience and perseverance.

“There are a lot of night, weekend and holiday shifts; you have to make those sacrifices early in your career and I was willing to,” explains Johnson.

After graduating from Concordia, Johnson pursued a passion project — studying Italian in Florence — before returning to Montreal to continue working for CTV as a freelancer.

After stints on-air and on the network’s digital platform, Johnson was finally promoted to permanent, full-time status in 2012. She moved to Quebec City and became bureau chief in 2016.

Some of the breaking stories Johnson has since covered include the Lac-Mégantic rail disaster in 2013 and the 2016 plane crash that killed former Liberal cabinet minister and political commentator Jean Lapierre (whom Johnson interviewed as a political analyst).

The deadly terrorist attack at the Islamic Cultural Centre of Quebec City in 2017 had a particularly powerful impact on her.

“I remember that night so clearly,” recalls Johnson. “I was in bed and started seeing these tweets about a shooting but I couldn’t believe it, because Quebec City is so quiet.

“It was traumatic, to be honest, and I had a very visceral reaction every time I was asked to cover something about the mosque, or another act of Islamophobia. You gain strength from the people who lived the experience and show incredible resilience and an ability to go on. People who have this incredible compassion, despite everything that’s happened to them.”

As for her new role as anchor and the increased visibility that will come with it, Johnson acknowledges the importance of the milestone and the moment.

“I recognize that this is not just a job,” she says. “It represents something bigger than just me. I know that this is meaningful for a lot of people.

“It’s significant for me personally and professionally, but it carries a certain weight and responsibility — and I take that very seriously.”