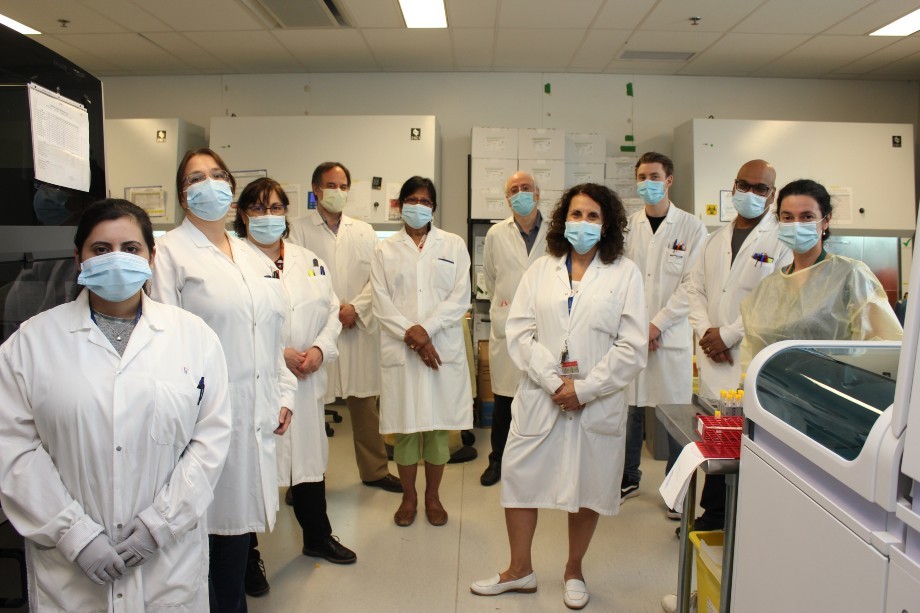 Since the start of the pandemic, technologists at the McGill University Health Centre Glen Site have been responsible for administering COVID tests 24-hours a day, in addition to regular hospital testing.

Guiding the first medical laboratory cluster in Quebec to obtain triple ISO certification — the ultimate recognition of compliance with the highest quality standards — is difficult enough under any circumstance. For Enzo Caprio, EMBA 14, completing this top certification during the pandemic has taken determination, dedication and organization.

“This certification speaks volumes to the character, commitment and hard work of my team because it was one of the most challenging things we’ve done,” says Caprio, clinical administrative director of OPTILAB-Montreal MUHC (McGill University Health Centre). Caprio leads a large cluster of labs on the front line of COVID-19 testing.

The evaluation process was long, in-depth and examined every aspect of the lab’s operations. Spanning almost two years, the accreditors visited all 15 labs for a total of 34 visits. Although inspections ended in September 2019, the certification work continued, even when the COVID-19 pandemic was declared in March 2020.

“Although we are very proud of getting the accreditation, this is but a step towards a continuous improvement process. Maintaining it will be just as challenging because every time the accreditors come back they dig a little deeper,” says Caprio. 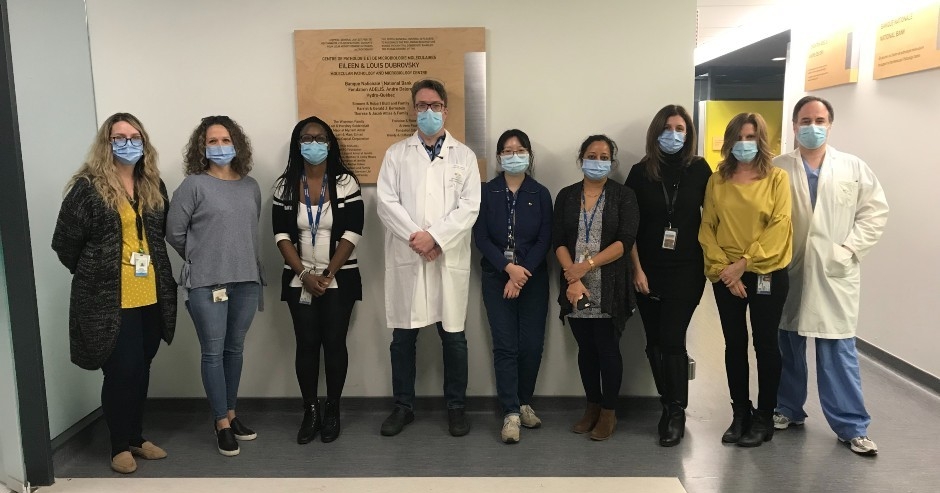 Montreal's Jewish General Hospital is one of the OPTILAB-Montreal MUHC laboratory sites presently accredited with the prestigious triple ISO certification.

The pandemic has been a critical time for Caprio and the labs he manages where technologists are testing for COVID-19, 24-hours a day, in addition to regular hospital testing.

“I’m privileged and extraordinarily fortunate to have such an incredible team of individuals who have not really stopped since March,” he says.

“Unfortunately, lab technologists are not very widely recognized. Historically, the laboratories have been behind the scenes. The pandemic has highlighted the critical work that lab techs perform, putting us at the forefront. You hear about doctors, you hear about nurses, but we’re sort of ‘hidden gems’ because people often don’t realize that 70 per cent of diagnoses are made in labs.”

‘One of the most important decisions I’ve made’ 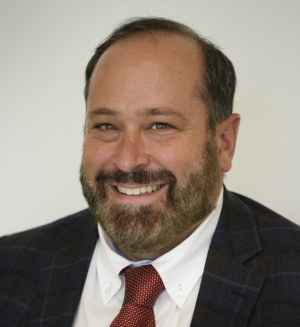 “I’m privileged and extraordinarily fortunate to have such an incredible team of individuals,” says Enzo Caprio, EMBA 14.

Caprio says the Executive MBA (EMBA) at Concordia’s John Molson School of Business boosted the organizational skills he needed to navigate the challenges of his demanding work as a clinical laboratory administrator.

The self-described “science guy by trait, technologist by training” says that when his hospital CEO recommended adding an MBA to his credentials, he was initially hesitant to study something so different from his past training, especially with the added workload on his full-time position.

Instead, Caprio says, he discovered a passion for the finance, management and accounting of the business world. And, although the program did leave him with a busy schedule, he says he succeeded with support from his fellow students, as well as EMBA staff such as assistant director Sharon Nelson.

“Pursuing this program was probably one of the most important decisions I’ve made,” says Caprio. “Concordia was the best time of my life. I’d do it all over again.”

Caprio says he began using the skills he learned in the EMBA program almost immediately, including when he applied his newfound knowledge about mergers and acquisitions to help administer the amalgamation of 15 labs in his cluster.

In honour of his contributions to his field during the pandemic, Caprio was honoured by the Association des MBA du Québec in November 2020.

As the pandemic continues, Caprio says that COVID-19 testing is ramping up, putting the time-management skills he reinforced during his EMBA to the test. However, he hopes it won’t be too long before he and his team can truly appreciate the victory of the ISO certification.

“As a manager, one of the cultures I’ve instilled is that we take the time to recognize people, to recognize accomplishments,” he says. “Because of COVID, we haven’t been able to celebrate this success in the way I wanted to, but when all this is done and over hopefully we’ll have the chance.”