For 40+ years, the Concordia professor has researched soil conditions and how they impact construction
|
By Joanne Latimer 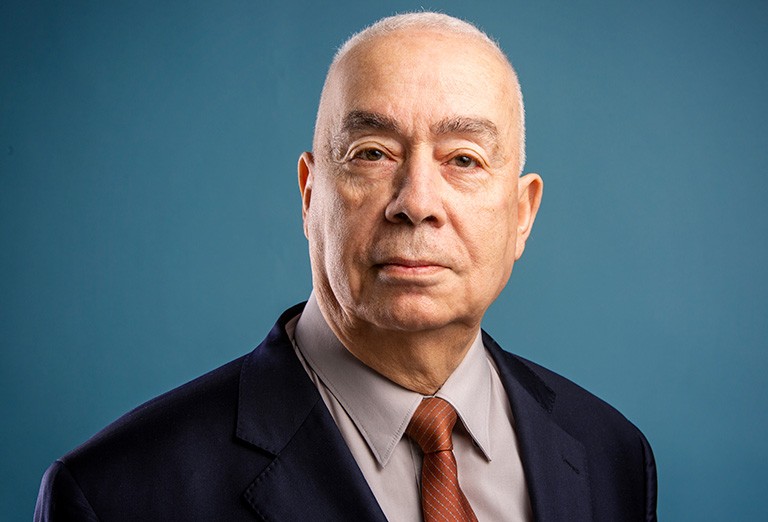 Adel Hanna: “When buildings collapse or lean, the problem usually isn’t the concrete. The problem is the ground.”

Geotechnical engineers focus on the design and construction of foundations — among many other things.

And aspiring engineers with an interest in soil mechanics find themselves drawn to study at Concordia under one man: Adel Hanna.

Over the last 42 years, Hanna has single-handedly driven the effort to develop the Foundation Engineering Research Lab at the Gina Cody School of Engineering and Computer Science.

“When I came to Concordia, there was no geotechnical program at the graduate level, certainly no research facility and no internet to source these materials,” recalls Hanna, who today is a fellow of the American Society of Civil Engineers and member of the Ordre des ingénieurs du Québec and several other engineering societies.

Inside the Department of Building, Civil and Environmental Engineering, Hanna set about creating the province’s first foundation engineering research lab while building the university’s reputation as a leader in the field.

“I use Dr. Hanna’s theories on foundations on layered soil in all of my industry projects,” says Riad Diab (MASc 94), a former graduate student of Hanna’s and a senior geotechnical engineer at SNC-Lavalin in Montreal.

“That includes the work I did on the new Champlain Bridge’s foundation and my current work for the Réseau express métropolitain. Professor Hanna’s courses on foundation engineering are essential for all civil engineers.” 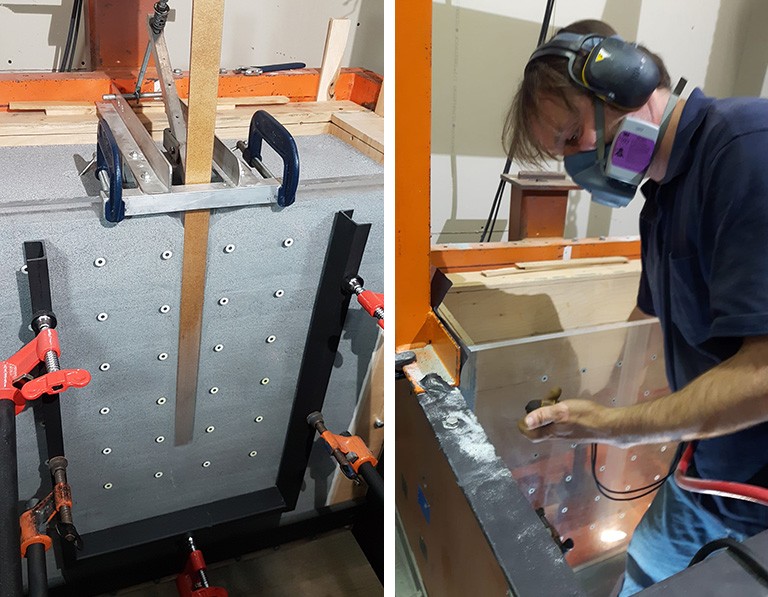 PhD candidate Fabrizio Di Camillo working at a compression machine in the lab.

There, Hanna and Meyerhof co-authored seven milestone articles and conference papers. They became friends as they travelled the world — mentor and mentee.

“Foundation engineering is a subfield in geotechnical engineering, which is relatively new. It was introduced by mathematician Karl Von Terzaghi about 80 years ago,” Hanna explains. “I was lucky enough to work at Meyerhof’s side and contribute to the body of literature.”

Hanna’s PhD on layered soil is considered an industry manual on the subject and is cited in countless papers, as well as referenced in popular textbooks such as Braja M. Das’s Principles of Foundation Engineering and Joseph E. Bowles’s Physical and Geotechnical Properties of Soil.

“His professional stature — in both academia and industry — gives him undeniable authority and credibility,” notes Mourad Debbabi, interim dean of the Gina Cody School and holder of the NSERC/Hydro-Québec/Thales Senior Industrial Research Chair in Smart Grid Security.

“He has enhanced the school’s reputation and recognition by developing geotechnical engineering as one of our core strengths.”

Hanna has published more than 250 technical articles in respected journals and international conferences.

In 1992, he participated in the development of the second edition of the Canadian Foundation Engineering Manual.

The American Society of Civil Engineers appointed Hanna co-chair of the 2003 ASCE Shallow Foundation Committee, created to develop the ASCE Manual of Practice for the Site Investigation for Shallow Foundation, which he co-edited from 2004 to 2007.

In 2003, Hanna organized and chaired the 32nd International Conference on Housing Science at Concordia, where over 40 countries participated.

That same year, he received recognition for his outstanding contribution to the IEEE Guide for Transmission Structure Foundation Design and Testing.

“Because of the personal connection, the most meaningful recognition for me has been receiving the 2010 G. Geoffrey Meyerhof Award by the Canadian Geotechnical Society for outstanding and exceptional contribution to the art and science of foundation engineering,” Hanna says.

A tradition of mentorship

Hanna carries on Meyerhof’s tradition of mentoring his students, especially international students who may be away from family for the first time, as he once was.

“He’s like a father figure as well as a supervisor,” says Bayan Abu Safieh, who came from Jordan to pursue her PhD in deep foundations — think offshore oilrigs and deep-sea wind farms — with Hanna.

“He doesn’t limit you to his research topics. He’s open to letting you work on new areas of research, and he supports your curiosity.”

At the undergraduate and graduate level, Hanna’s courses are always packed — a point of pride for the professor.

“The room is full, I think, because my courses are a good balance of theory and application,” says Hanna.

“I like to inform the public about the condition of buildings and bridges. If there’s any possibility of a collapse, the problem usually isn’t the concrete or steel. The problem is the ground. If the ground shifts or moves, it takes the building with it. That gets their attention.”

Hanna’s engaging style and expertise in how soil conditions impact construction challenges above ground makes him a frequent media commenter. He often appears on local and national TV and in newspapers to discuss events related to infrastructure construction, planning and renewal.

“If there’s a giant sinkhole on Saint Catherine Street or a bridge collapse, the journalists ask me what’s happening,” Hanna says. “If public projects have huge cost overruns and delays, like the metro in Laval, people want answers.”

Hanna has been asked to consult for the United Nations in Egypt, where he was mandated to examine the condition of the hydro towers and major bridges on the highway.

The government of Haiti commissioned him to write the 1980 report entitled “Feasibility Study for the Extension of Port Facilities and the Creation of a Free Trade Zone in Port-au-Prince.”

Closer to home, Hardy BBT Limited in Calgary commissioned Hanna to write a report, “Design Charts for Predicting the Ultimate Bearing capacity of Layered Soils,” in the late 1990s.

These are just a few of his 200-plus consulting reports, not to mention Hanna’s work as a court expert in legal disputes and construction claims.

“Oh, the lawyers know me, but I don’t work for them,” says Hanna. “The truth is what they get. The ground doesn’t lie.”

Back at the lab

To underscore the truth about soil mechanics and further his students’ research, Hanna continually updates his state-of-the-art laboratory at Concordia.

One day in February, the lab welcomed a new machine — a $90,000 triaxial apparatus that simulates conditions in the field like temperature, vibration and pressure.

The lab is also equipped with machines that assess the ground settlement below the building.

“We run tests to determine how the foundation will fail,” says PhD candidate Fabrizio Di Camillo (MASc 14) — one of nine doctoral students typically working with Hanna.

“This kind of work guarantees more efficient — or safer — construction. Soil mechanics is a relatively new field and we still have many questions to answer.”

Di Camillo marvels at Hanna’s ability to design and coordinate the many experiments conducted in the lab at any given time. “It takes a very special character to create a family-like environment among his students and also complete such a vast body of experimental work,” the student adds.

For his part, Hanna is happy to keep solving problems related to foundations and soil mechanics.

“Ultimately, we are here to serve people, to serve humanity,” he says. “If there’s a way to make things better or safer, let’s find it.”